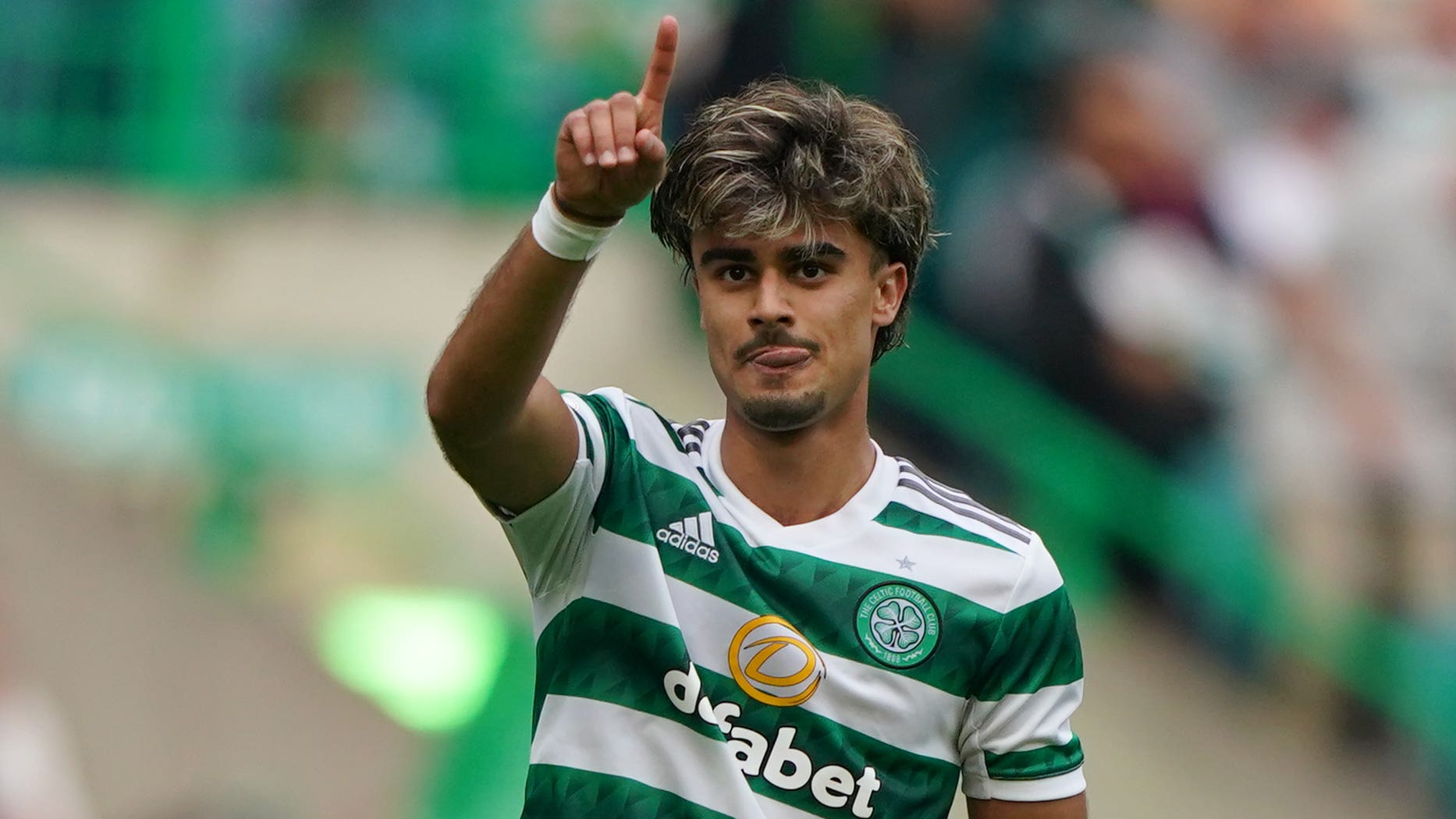 Jota provided a moment of magic as Celtic began the defence of their cinch Premiership title with a comprehensive 2-0 win over Aberdeen at Parkhead.

Centre-back Stephen Welsh headed in the opener in the third minute of and Ange Postecoglou’s side dominated thereafter, although their superiority waned towards the end of the first half.

Portuguese winger Jota sealed the win in the 75th minute with a terrific strike and in the end it was a comfortable enough victory against Jim Goodwin’s new-look Dons side, whose threat was only occasional.

The afternoon had started with cheers when captain Callum McGregor unfurled the league flag before kick-off at a packed Celtic Park.

The Hoops line-up featured no new faces, but Goodwin has overhauled his squad from last season, although he could not play on-loan Celtic defender Liam Scales.

But the visitors went behind from the first corner of the game.

Welsh rose highest in the Dons area to glance in Matt O’Riley’s delivery from the right and it looked as if it could be a long day for the visitors.

Hoops midfielder Reo Hatate tested Roos with a long-distance effort in the 10th minute, then the Pittodrie keeper made a better save from striker Kyogo Furuhashi’s powerful drive.

Celtic harried and chased and would not allow Aberdeen to settle.

In the 24th minute Furuhashi stretched to knock a pass from O’Riley past the far post before Dons defender Stewart blocked a goal-bound shot from the Japan striker at close range.

Roos then tipped a drive from O’Riley over the bar for a corner which came to nothing and then Celtic keeper Joe Hart made an easy save at the other end from Matty Kennedy as the visitors slowly emerged from the Hoops stranglehold.

Jota slid the ball in to the Dons net from a McGregor pass but was offside. He would find more joy later.

As Aberdeen attacked again, former Celtic winger Jonny Hayes sent a low drive just past Hart’s post when he should have at least hit the target..

Celtic, however, were never far away from posing another threat and soon after the break Roos beat away efforts from defender Josip Juranovic and O’Riley in quick succession.

Around the hour mark Callum Roberts came on to make his Aberdeen debut, along with Luis Lopes, as Kennedy and Bojan Miovski made way. while Furuhashi, Daizen Maeda, Hatate were replaced by Giorgos Giakoumakis, Liel Abada and David Turnbull.

However, it was the talented Jota who re-energised Celtic Park with 15 minutes remaining when he thundered a drive from 20 yards past Roos, giving the keeper no chance.

Juranovic and O’Riley came off for Anthony Ralston and Aaron Mooy, the latter making his Celtic debut.

Giakoumakis failed to hit the target from eight yards in the 84th minute.

It was a poor effort but, if the defending champions were not at their best, they more than deserved the victory.