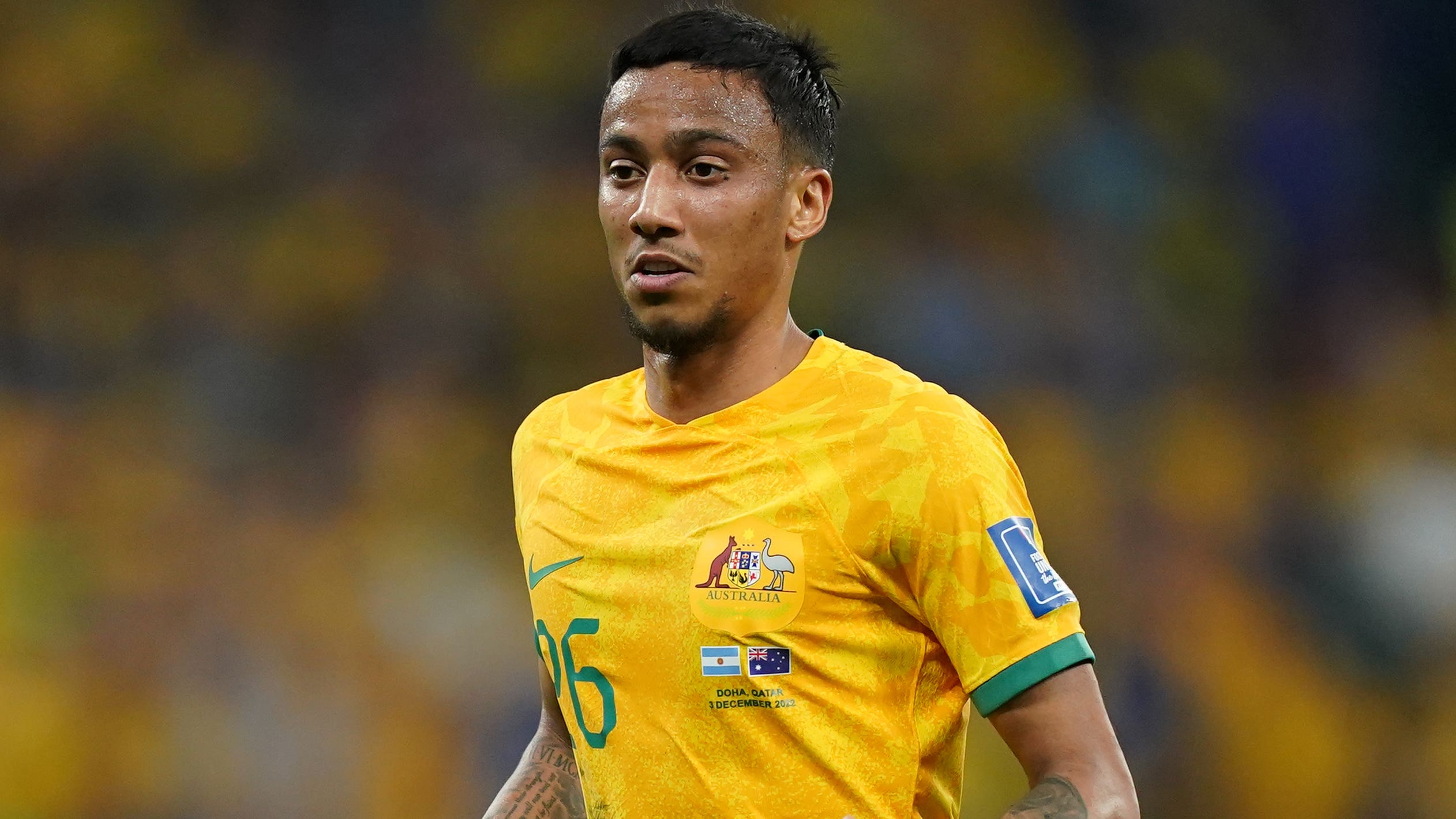 St Mirren and Australia midfielder Keanu Baccus is hungrier to succeed off the back of his World Cup exploits after realising the gap to the world’s best players was not as big as he thought.

The 24-year-old only made his international debut in September but he played in all four of his country’s matches in Qatar, culminating in making his first Socceroos start against Argentina in the last 16.

Baccus significantly enhanced his reputation with some skilful and energetic displays as he came up against the likes of Kylian Mbappe and Lionel Messi.

“It was an amazing experience,” he said after rejoining his team-mates in Paisley.

“Who would have thought a couple of months ago I would be there? I’m thrilled.

“I went there with no real expectations, I just wanted to go there and continue doing what I have been doing with St Mirren.

“You need a bit of luck as well so I got on a couple of times and showed what I can do, and he (Graham Arnold) backed me against Argentina.

“The last few months in Scotland have made me ready for moments like that. Every game is competitive but big games against Rangers and Celtic really helped get me ready.

“I didn’t feel a bit of nerves. I felt ready – I had worked hard for that moment and I just wanted to go out and enjoy it.”

Baccus, who joined Saints from Western Sydney Warriors in the summer, added: “What I learned most is that we are not that far off as players, being from Oz or playing in the Scottish league.

“In the most humble way, we are not that far off from where they are. As players, we aspire to be where they are and I believe I will get there.

“As an Aussie, it’s hard because you dream but you just don’t know where football can take you, especially in our country. Which is sad because there are some great players there and we went toe-to-toe with them.

“We know we are good enough to be there and it shows if you work hard it’s within reach.

“But I also know there are a lot of aspects I need to improve on to get to that level. They are very sharp mentally and how they act – they minimise mistakes with how smart they are.”

Baccus got an insight into the very best as he went head-to-head with Messi for much of his side’s 2-1 knockout defeat.

“It’s surreal how good he actually is and how he sees the game and takes it on himself,” Baccus said.

“It’s very special. Not many people can take the ball anywhere on the field and back themselves to go at people and take the game on.

“I was trying to look over my shoulder and see what he was doing but it’s hard in a game.

“He looks fake on the field – a bit like a wax statue. It was amazing to play against him.”

Australia assistant coach Rene Meulensteen this week tipped Baccus to win a move to one of Scotland’s biggest clubs or leagues in England, France or Spain but the midfield player knows he must focus on doing his best for St Mirren.

“I definitely have career aspirations,” said Baccus, who signed a two-year contract in the summer.

“I have loved every minute at the club and I’m still here. I will take it game by game and see where it takes me.

“That’s what I was doing before so I should probably keep doing that and not worry about the future. I will do my best for St Mirren first – everything happened off the back of that so I will continue that.

“I grew up in a family that’s very humble and they like to stay humble. Going to the World Cup made me want more. If anything it made me even hungrier to push and do well for the club.

“I want to be back playing games and playing every minute that I can.”