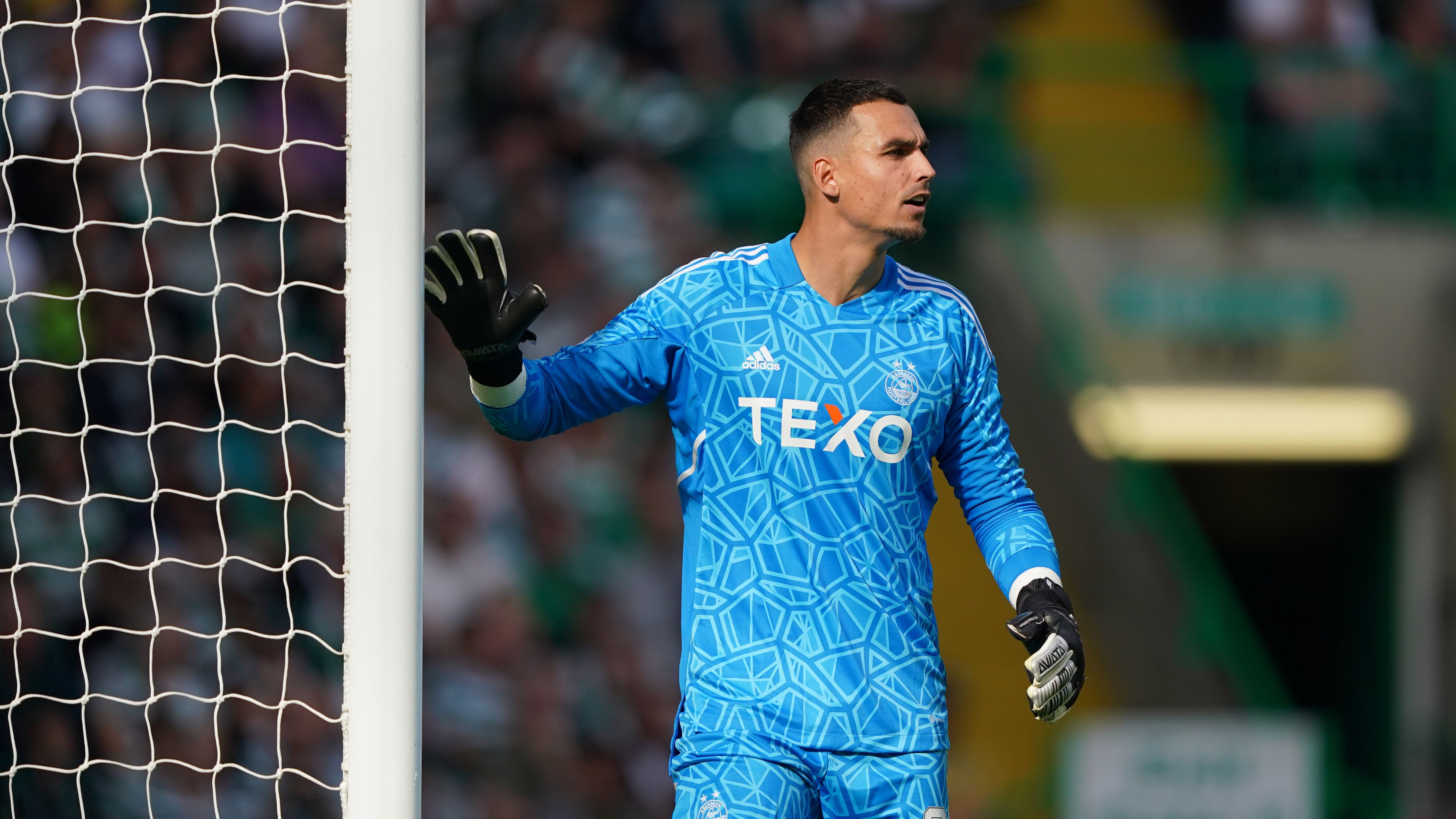 Goalkeeper Kelle Roos insists there is a lot to be positive about at Aberdeen despite going down 2-1 to Rangers in the Viaplay Cup on Sunday.

The Dons went into the game at Hampden Park as underdogs but striker Bojan Miovski scored four minutes from the break to give the Granite City men the interval lead.

Former Aberdeen midfielder Ryan Jack drove in a deflected leveller in the 61st minute before Pittodrie skipper Anthony Stewart was sent off by referee Nick Walsh for a hefty challenge on Light Blues attacker Fashion Sakala, two minutes into added time at the end of the 90 minutes.

Gers substitute Kemar Roofe scored four minutes into extra time but Jim Goodwin’s side kept battling and at the final whistle the sizeable Don support was hugely appreciative of their side’s efforts.

Roos, who signed from Derby County last summer, said: “I am glad that you mention it because it is easy now to get all gloom and doom about what happened.

“But at the same time I feel like we showed a lot of good things and I feel proud to be part of this team.

“It is a hard one to take. I think we stuck in, we worked together as a unit very well.

“We brought the game to them and caused them problems and scored a very good goal.

“Before we scored they were on top a little bit and we had to stick it out but that’s football, we know we are playing a very good team. We had to dig in.

“I feel they got a little bit – maybe luck is not the right word but they struck the ball and it was deflected in.

“But it is a painful one. The equaliser gave them the lift that they might need at that point.

“They were on top of us for a little bit and obviously with 10 men it becomes even harder but at the same time we still asked questions.

“It is a very sore one but overall I feel pride to be part of this team.”