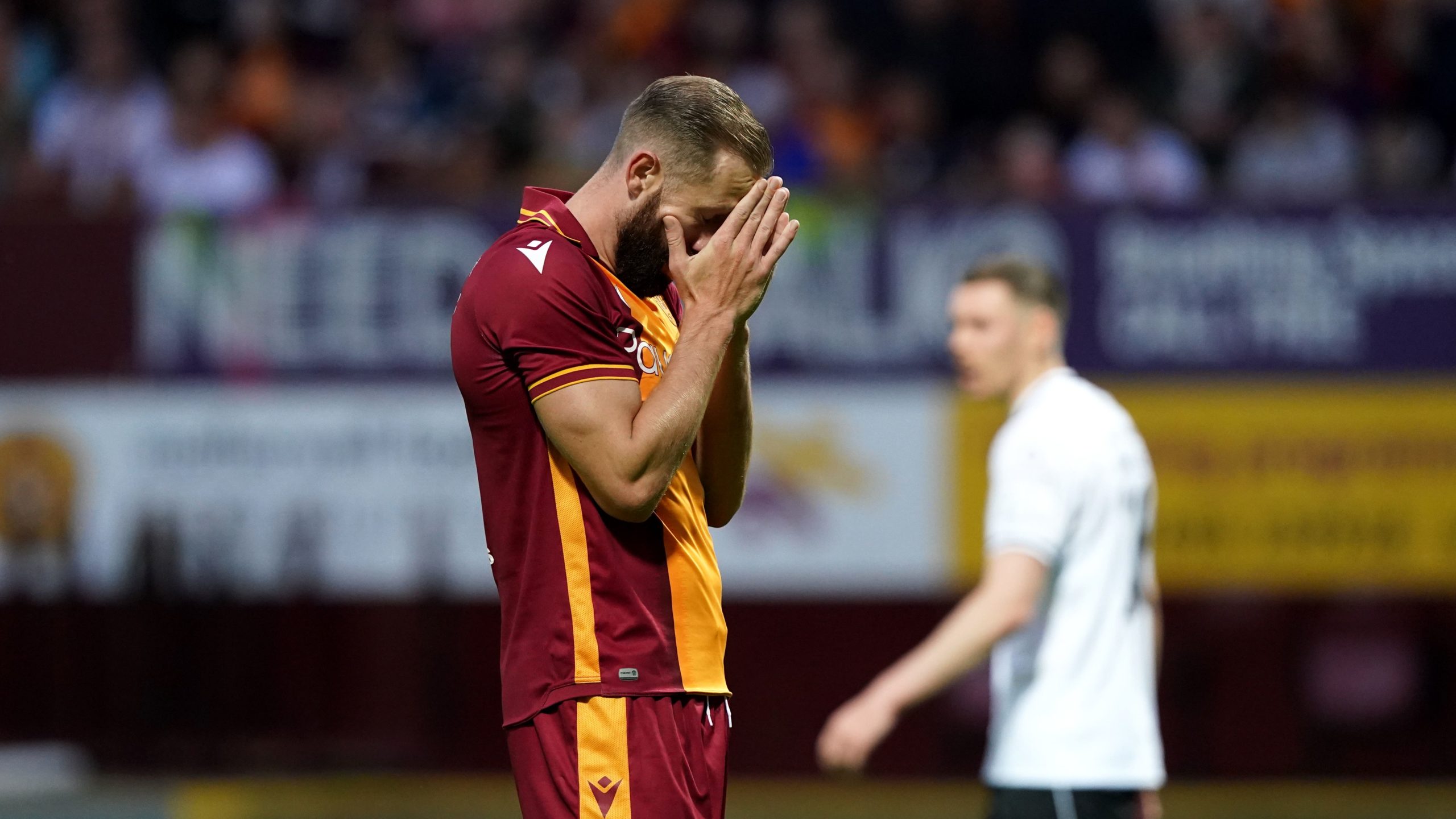 Kevin van Veen missed a first-half penalty as Motherwell were held to a goalless draw against managerless Dundee United.

The Dutchman saw his 33rd-minute spot-kick saved by Carljohan Erikson as he missed out on the opportunity to become the first player to score in four successive top-flight appearances since Louis Moult, who this week returned to Fir Park on loan from Burton Albion.

Steven Hammell made no changes from the side that started the midweek 4-0 League Cup win over Inverness Caledonian Thistle, while Dundee United interim boss Liam Fox also named an unchanged side from their success away to Livingston.

Both sides were coming off good League Cup victories, with United looking to record back-to-back victories in all competitions for the first time since January.

The home side started the brightest and they had the first effort on goal. Blair Spittal used his pace to latch onto Sean Goss’ lofted pass but Eriksson easily smothered his tame effort.

Van Veen came close to opening the scoring midway through the first half as his header from Matt Penney’s cross from the left looped onto the roof of the net.

Dundee United responded well and created their best chance of that game when Steven Fletcher’s downwards header from Dylan Levitt’s free-kick forced a smart reaction save from Liam Kelly.

Motherwell continued to probe in the visitors half, and just after Paul McGinn’s strike was cleared off the line by Ryan Edwards, they were awarded a penalty after the ball appeared to strike the hand of the United captain.

Up stepped the red-hot van Veen, but he was denied from 12-yards as Eriksson saved well to his right in front of the raucous travelling support.

The forward spurned yet another gilt-edged chance minutes later as he headed over from close range with the goal gaping.

Dundee United rallied in the second half after going in level at the interval but struggled to create clear-cut chances against a well-organised Well defence.

Stuart McKinstry provided a creative spark from the bench for the Steelmen as they looked to salvage all three points. He nearly netted his first professional goal for his boyhood club when his strike from inside the box was turned over his own bar by Charlie Mulgrew.

The Fir Park side thought they had stolen all three points with five minutes remaining. Van Veen twisted and turned inside the box before shooting towards an empty goal but Edwards made a goal-saving block to keep the visitors level, summing up the 31-year-old’s afternoon up in front of goal.