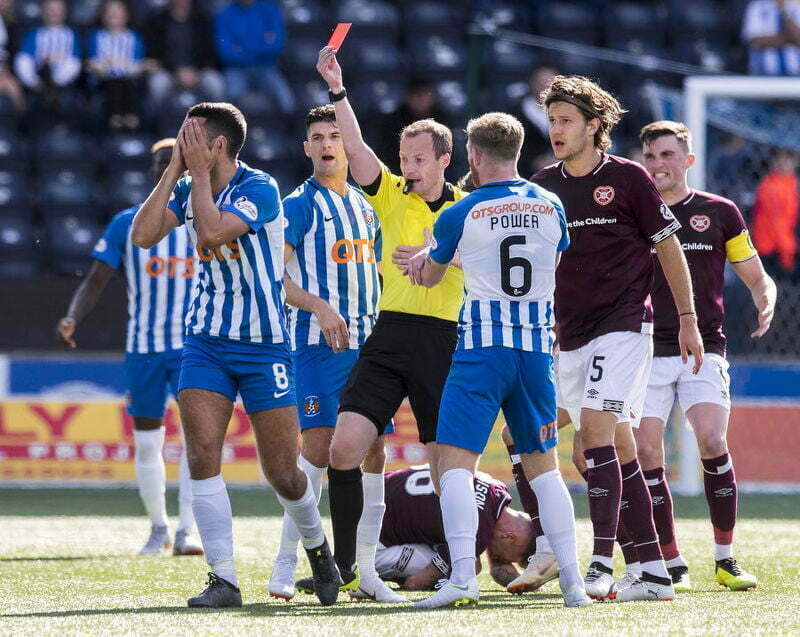 An appeal against Kilmarnock midfielder Gary Dicker’s red card against Hearts has been rejected.

The 32-year-old was sent off during the 1-0 defeat to the Edinburgh side at Rugby Park on Saturday.

Referee Willie Collum handed the Killie ace a straight red for serious foul play after a challenge on Calumn Morrison.

The Ayrshire club appealed the decision but it has been subsequently rejected by the SFA.

Steve Clarke will now be without the midfielder for the games against Aberdeen and Hibernian.