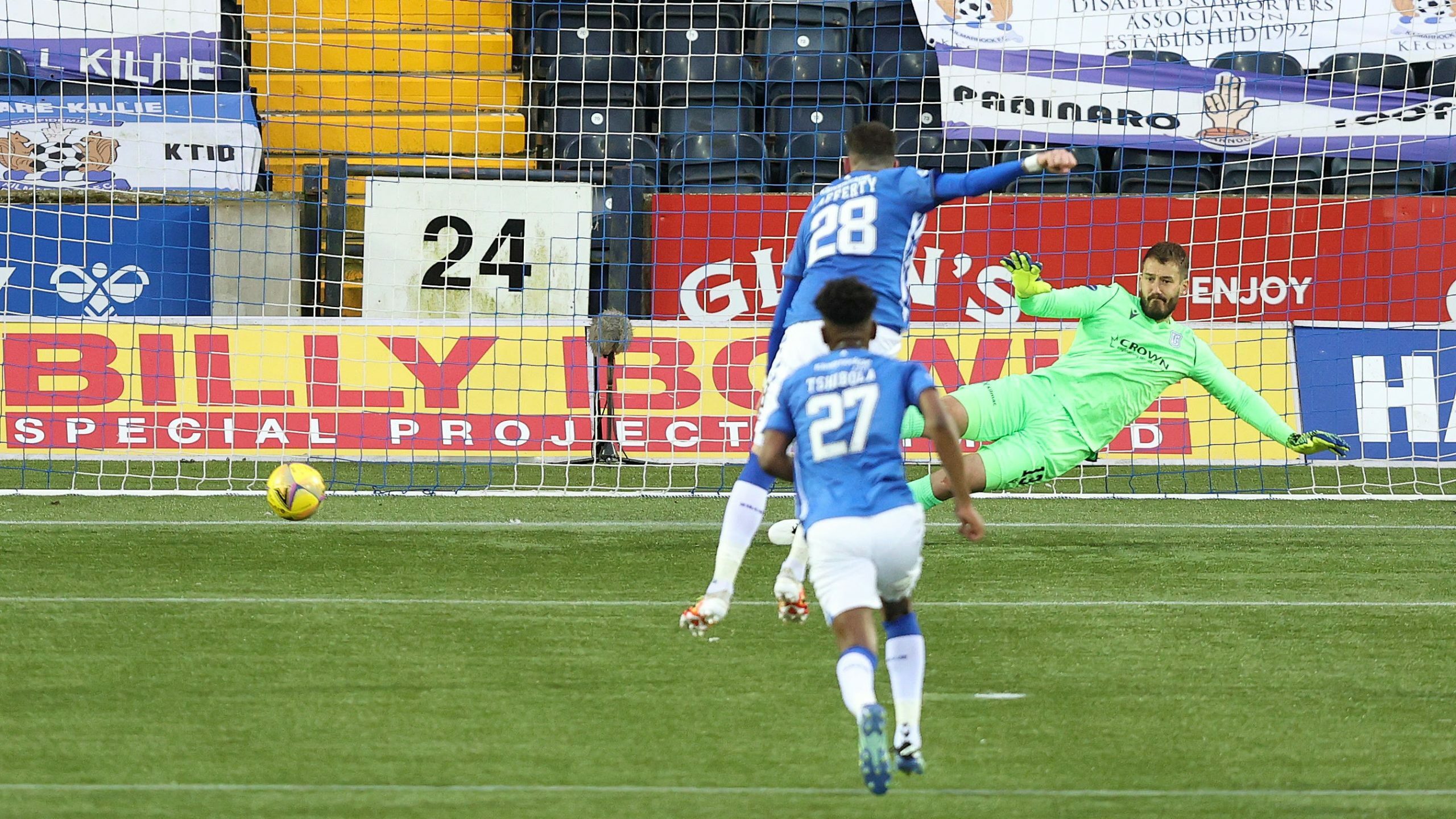 Kilmarnock booked their place in the Premier Sports Cup semi-finals with a hard-fought 2-1 win over Dundee United.

Kyle Lafferty put Killie ahead after eight minutes from the penalty spot, but Dundee United hit back instantly when Glenn Middleton fired home from 12 yards.

The game appeared to be heading for extra-time before Daniel Armstrong headed home Jordan Jones’ cross to send Kilmarnock to Hampden for the first time since 2012 – the year they went on to defeat Celtic in the League Cup final and lift the trophy for the first and only time.

Derek McInnes made two changes from the side that started the 0-0 stalemate against St Mirren, as Christian Doidge and Lewis Mayo were drafted into a rejigged formation.

Dundee United boss Liam Fox made only one alteration from their 1-1 draw against Ross County as Arnaud Djoum was handed his first start for United.

Both sides were coming into the tie unbeaten in three outings having emerged from testing spells.

The hosts took the lead after eight minutes when they were awarded a penalty following a handball by defender Liam Smith, with Lafferty making no mistake from the spot.

Parity was restored inside two minutes, however, when Middleton fired into the far corner after a swivel and shot.

It was Kilmarnock who continued to probe the United defence for the go-ahead goal as they came close to regaining their lead on two occasions.

Firstly, Mayo headed off the outside of the post, before Armstrong’s cross forced Carljohan Eriksson into a full-stretch save to prevent the winger’s effort finding the top corner.

Dundee United came out with more intent in the second half and looked more threatening as they committed bodies forward.

There were half-hearted appeals for a penalty when Tony Watt took a tumble inside the Kilmarnock box, but referee Kevin Clancy waved away the protests.

Up the other end, Armstrong drifted in from the right, leaving a couple of United players in his wake, but his low left-foot drive went narrowly wide of the far post.

It became scrappy as the weight of expectation built on both sides, but it was Kilmarnock who went back in front after 73 minutes when Armstrong headed home unmarked from Jones’ teasing cross from the left-hand side.

The visitors fought hard late on to try and find an equaliser, but it came to no avail as Kilmarnock held on to take the victory.