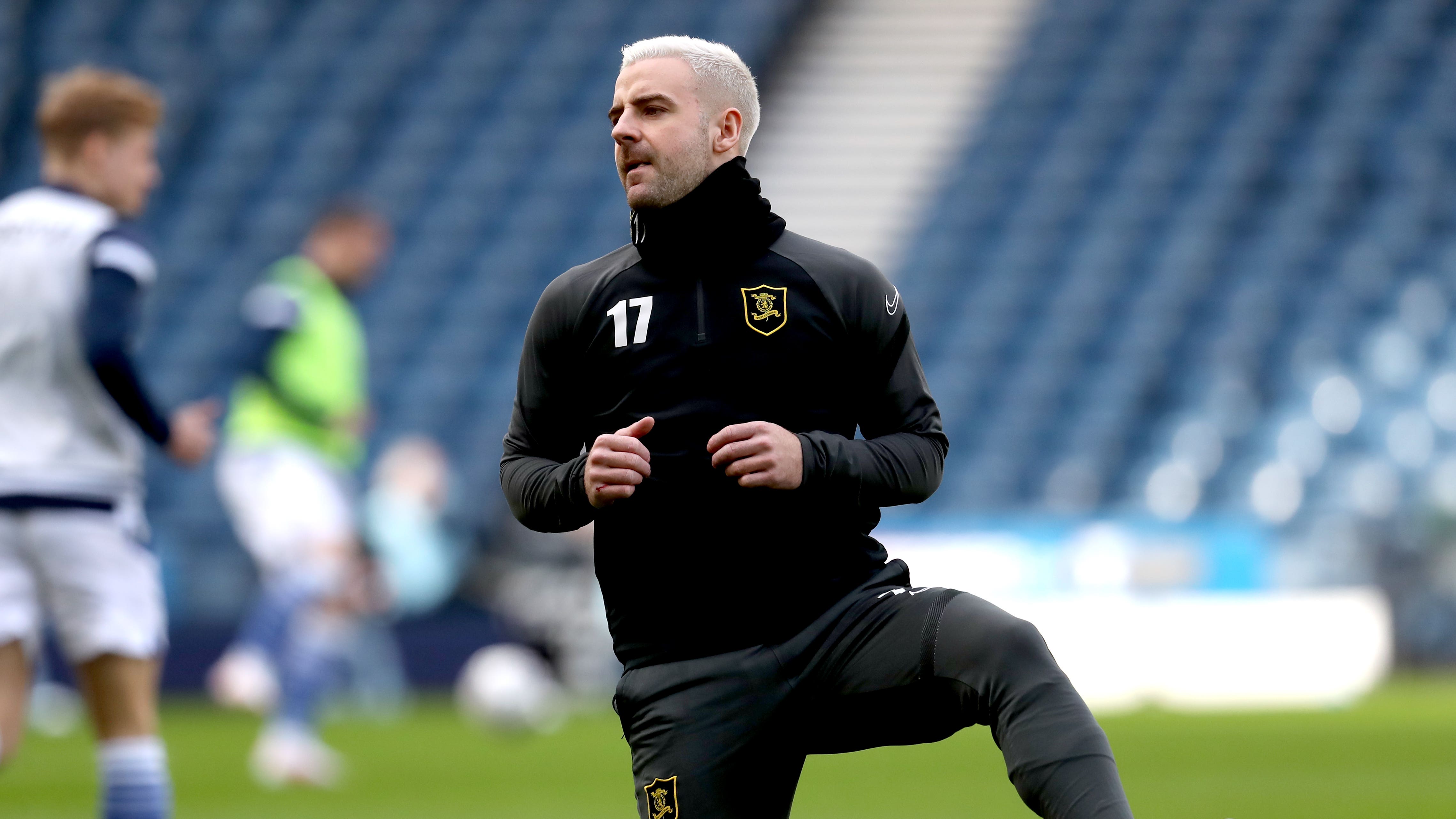 By By Anthony Brown PADecember 22, 2022No Comments

Kilmarnock forward Scott Robinson admits there were times when he wondered if he would ever play again during his 11-month injury lay-off.

The 30-year-old made his comeback as a substitute against his former club Hearts last weekend after being sidelined with a rare foot problem he sustained in a cinch Championship match away to Queen of the South in January.

“I had that date – the first week back after the World Cup – in my mind for quite a long time so to make that target was brilliant,” said Robinson. “It’s been a really tough year. I’ve had so many setbacks, seen so many specialists and had so many unknowns about whether I was going to get back.

“It was a really rare injury. I just rolled my foot with nobody near me. My blade got caught in the artificial surface and I did all sorts of damage to my foot, which a lot of the specialists hadn’t seen before.

“The hardest bit was when I came back in the summer and did pre-season training and then I did it again. That was when I thought ‘this could be the end’, ‘am I even going to play again?’ It’s not nice. You really need to stay tough and keep your mind in the right place.

“It was basically a case of trying to pinpoint what the injury was and then one of the specialists in Edinburgh said to go for this surgery and it seems to have worked. It’s feeling really good, so I’m very grateful to him.”

Robinson helped manager Derek McInnes out with some scouting during his lay-off.

“The gaffer was brilliant with me,” he said. “He kept me going and told me to get out and keep my mind busy by watching a couple of games for him.

“I didn’t thank him for sending me up to Dingwall (to Ross County), mind you. It was enjoyable but I want to be back doing the business for the gaffer on the pitch instead of off it.”

Robinson worked hard on his fitness during the World Cup break and the attacker hopes to get more game time in Friday’s cinch Premiership match away to Motherwell.

“I’ve played 45 minutes of a bounce game and then came on against Hearts so I’m feeling really good,” he said. “I hope there’s more to come. I want to rediscover the form I had at Livingston and repay Kilmarnock because they’ve stood by me a lot through my injury. I just want to get back out there and enjoy it.”

Robinson has dyed his hair peroxide blonde in a bid to bring himself some good fortune.

“I had it done in lockdown before and I had a not-bad season at Livingston after that so I thought I’d give it another bash,” he said. “I’ve had enough bad luck over the past year so hopefully it brings a bit of good luck.”