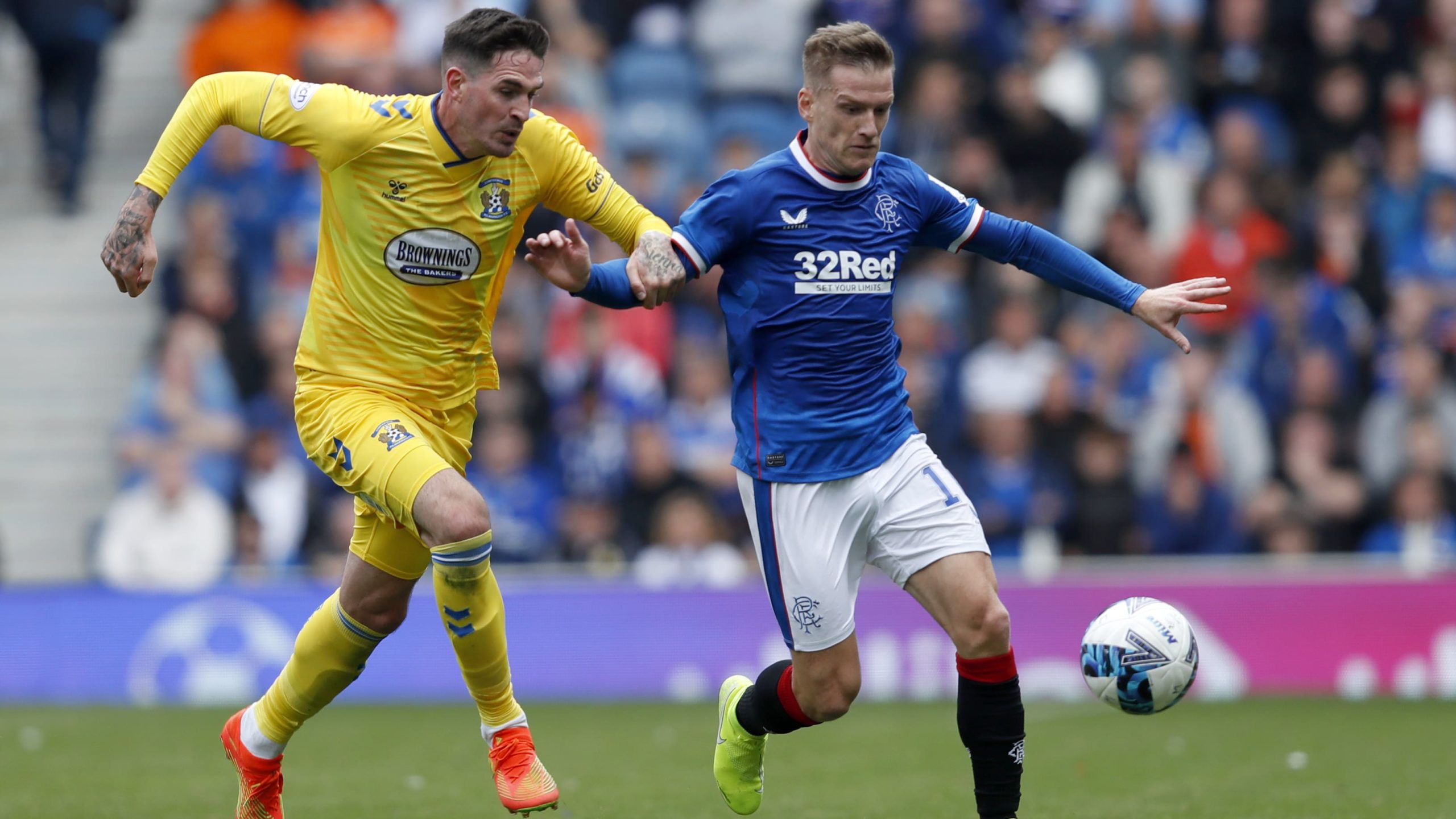 An “embarrassed” Kyle Lafferty has expressed his regret after receiving a 10-match ban for using sectarian language.

The Kilmarnock striker received the mandatory minimum punishment after being charged by the Scottish Football Association for breaching a rule which forbids the use of insulting language which includes reference to the likes of ethnic origin, race, nationality, religion or belief.

The 35-year-old appeared to use the phrase “pack of Fenian b*******” last month after a person he was posing for a photo with said “Up the Celts”. The video subsequently spread on social media.

In a statement issued by his club, Lafferty said: “I want to deeply apologise to the club, supporters and my family for the distress caused over the past month.

“I totally acknowledge that my reaction to the incident was completely out of order. There is no excuse, it’s something that I immediately regretted and have been embarrassed about ever since.

“I absolutely accept that I should not have responded to provocation in that manner.”

The former Rangers and Hearts striker will not play again in 2022. The earliest he can come back is Killie’s Premier Sports Cup semi-final against Celtic on the weekend of January 14-15.

The Northern Ireland international received two charges from the SFA, one involving not acting in the best interests of football and the other charge was one which carries a minimum 10-match ban which can only be reduced “where exceptional circumstances are established”.

Kilmarnock had already taken their own action, including issuing Lafferty with a “substantial fine” and engaging with anti-sectarian charity, Nil By Mouth. Lafferty will work with the charity and also do weekly community work with his club for the “foreseeable future”.

He added: “I placed myself in a position that has been very difficult to deal with, so I’m now determined to work with Nil By Mouth to ensure that others, particularly the youngsters at the club, learn from my mistake and avoid putting themselves in any type of similar situation in the future.”

Lafferty was axed from the Northern Ireland squad for their recent Nations League fixtures against Kosovo and Greece, with manager Ian Baraclough stating that a back injury had also been considered when the decision was made.

The former Motherwell manager claimed the incident was not necessarily the end of Lafferty’s international career.