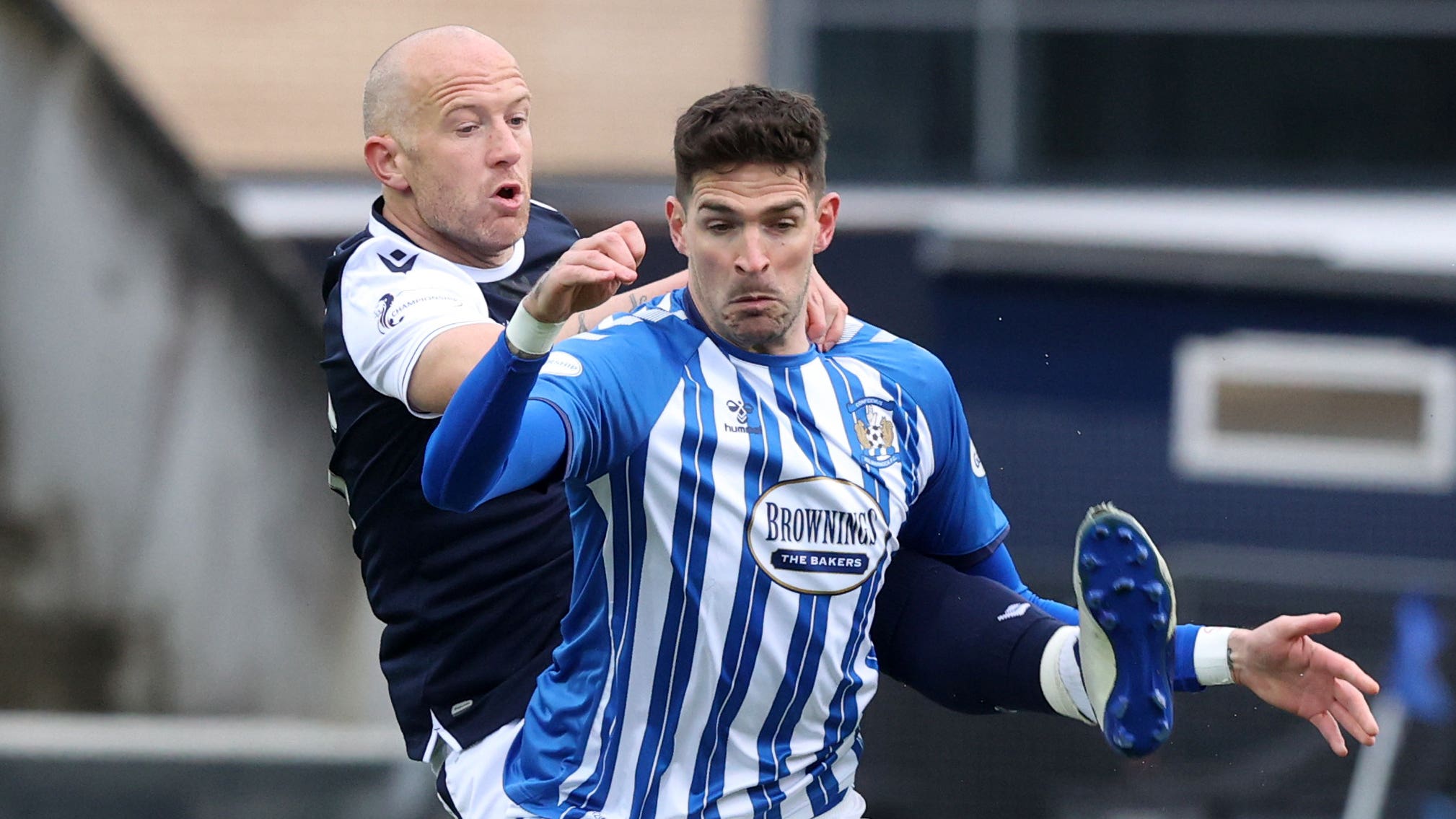 By By Ronnie Esplin PAJanuary 10, 2023No Comments

The 35-year-old Rugby Park striker was handed a lengthy suspension in October by the Scottish Football Association after being caught using sectarian language on video.

The Northern Ireland international is available again for the shootout at Hampden Park on Saturday, where the winners will play either Rangers or Aberdeen in the final.

McInnes joked that Lafferty “was doing star jumps outside my office this morning and brought me breakfast” as he welcomed the big forward back into the squad.

“I know how much he wants to play, the same as all my players want to play,” said the Killie boss, who revealed Innes Cameron had had a hamstring operation on Saturday.

“He is bursting to get involved. It has been torture for him missing out.

“Any player can accept and deal with injuries, if you are missing four, five, six months with injury.

“Kyle has not been in injured, he is fit and running about and training.

“He has been really supportive. He has been at every game except Celtic Park on Saturday, supporting the team and he has had a big role to play in and around the dressing room.

“We just need him between now and the end of the season to play a big role on the pitch.

“But listen, I have a strong squad, good options. It is going to be tough for me leaving certain players out but everyone is bursting to play, Kyle included.

“But having him back is great for me, I have always leaned heavily on him and having that big-game player with his experience is something any manager would turn to.”

Killie lost 2-0 to Celtic in the cinch Premiership at Parkhead on Saturday but McInnes wants his players to focus only on providing a cup shock.

“I told the players on Saturday that we need to bounce back in to work on Monday and try to enjoy the week,” said the former Aberdeen boss, who would be “surprised” if there were any additions to his squad before the weekend.

“There are loads of other clubs who would love for it to be them and have the opportunity.

“It is a big ask and it is going to take a massive performance but I am not one to overly worry about Celtic.

“We know what Celtic are: a strong side, good individuals, great options for the manager.

“We have to go with the belief and the mindset that there is big performance in us to try and upset the odds and I believe there is.

“I want us to enjoy this week I don’t want to turn up at kick-off having been worried all week about Celtic and the situation.

“It is a semi-final, it is there to be enjoyed and I want my players to enjoy this week, enjoy turning up on Saturday. I want them to be relaxed enough but also ready to get the job done.

“We are not just there to fulfil the fixture and enjoy the day. We want a bigger day.

“Semi-finals are great but all there is a stepping stone to the biggest day and the final is what we are after.”