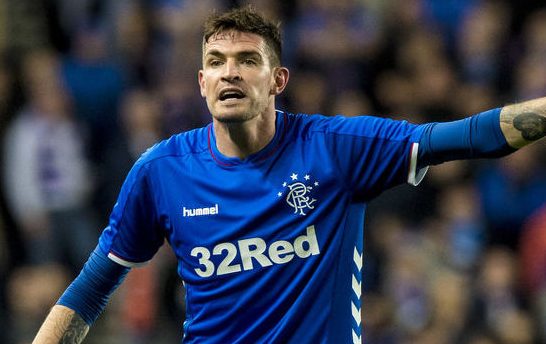 Kyle Lafferty wants to ‘put things right’ at Rangers by scoring for the Light Blues against Villarreal tomorrow night.

The Gers striker, who signed for the club for a second spell in the summer, could be in line for a start after Alfredo Morelos was suspended.

And the Northern Irishman says getting on the score sheet against the Spanish side would be a dream come true.

The ex-Hearts forward said: “A goal would cap off a great year for me. Not many people get the chance to play for Rangers once, never mind twice.

“Everything that went wrong before, I want to put right. Losing Alfredo is a big blow for us.

“If I’m given the opportunity and a chance tomorrow, hopefully I can put it away to get us the result we want.

“I think I have matured playing abroad and for Northern Ireland. I feel I have come on leaps and bounds.”

Rangers take on the La Liga giants in their opening group game of the Europa League tomorrow at 6pm UK time.

Steven Gerrard’s side negotiated four tricky qualifiers to reach the group stages of the competition.