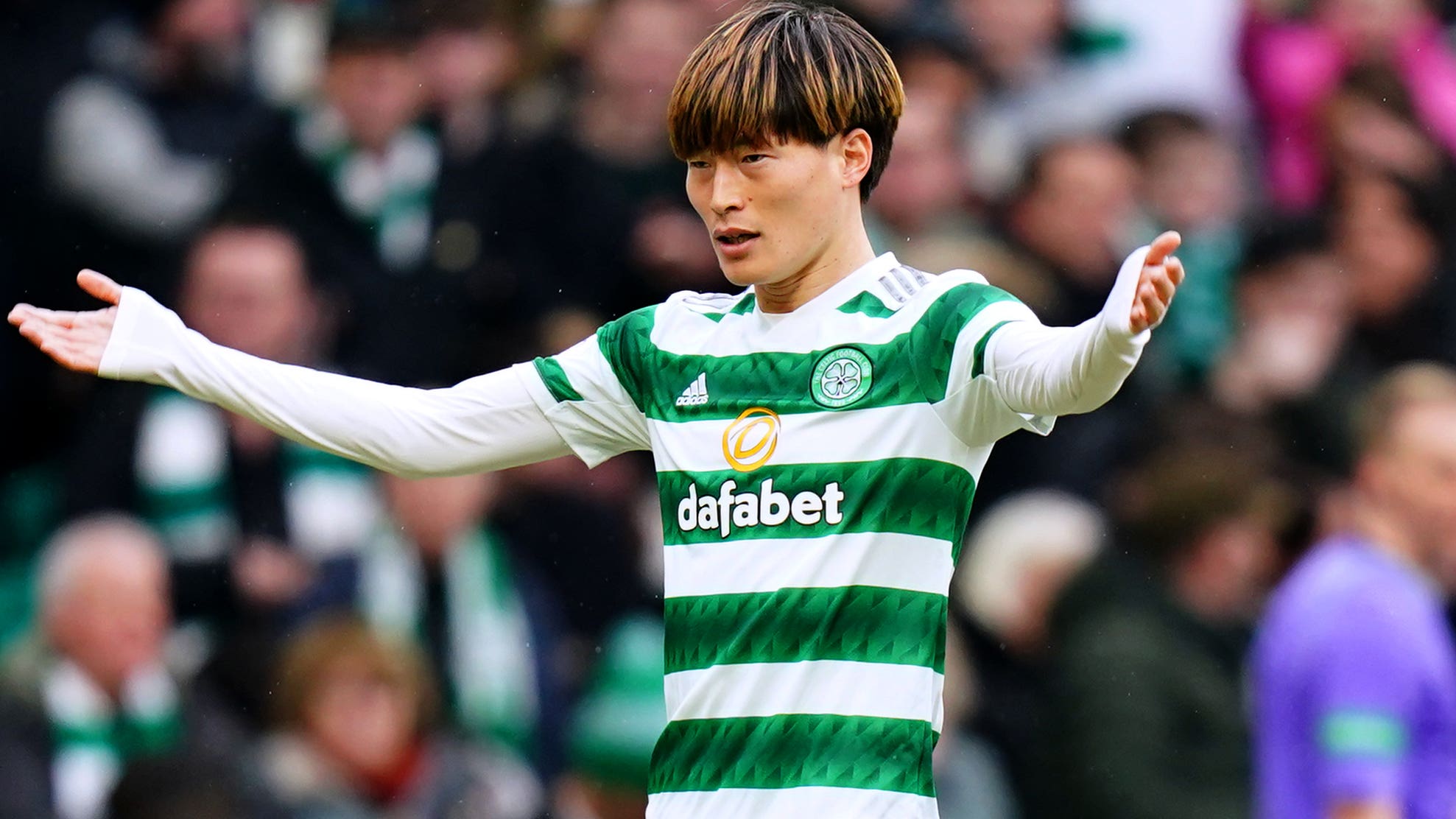 Kyogo Furuhashi hit the 20-goal mark for the campaign as Celtic beat Morton 5-0 in the Scottish Cup.

The Japanese striker matched his tally for last season thanks to a first-half double in the fourth-round tie at Celtic Park.

Aaron Mooy also hit a brace and David Turnbull scored his second spectacular goal of the week but the game was not without controversy after the opener came courtesy of an extraordinarily harsh VAR decision against former Hoops defender Efe Ambrose.

Morton had enjoyed some decent spells of pressure before Mooy opened the scoring from the spot and had a chance to go ahead after Callum McGregor was just wide from long range at the other end.

Lewis Strapp had the sort of chance the 2,000 or so fans in the sold-out away end would have dreamed about after playing a one-two with Robbie Crawford. But the left-back shot straight at Joe Hart from 10 yards.

Morton continued to press and Robbie Muirhead could not turn the ball home from close range following Jack Baird’s header.

The game played on for about two minutes after Liel Abada saw a shot blocked but video assistant referee Craig Napier spotted something that had apparently gone unnoticed inside the stadium and eventually notified referee Kevin Clancy.

Footage showed Abada’s shot hit off the foot of Baird then bounced up away from goal and skimmed Ambrose’s arm, which was slightly out from his body. Napier decided it was a “clear and obvious” error from Clancy, who pointed to the spot after studying the incident on his monitor.

Mooy sent Brian Schwake the wrong way in the 18th minute and Celtic doubled their lead three minutes later when Ambrose took a heavy touch on the edge of his box and Abada set Furuhashi up to net.

Morton had their own VAR check for a possible penalty when Alistair Johnston closed Strapp down in the act of shooting but there was no offence.

Abada and Daizen Maeda threatened before Celtic went further ahead in the 42nd minute when Furuhashi laid the ball back for Turnbull to find the bottom corner with a first-time side-footed effort from 22 yards.

Ambrose survived another VAR check following a more obvious handball. No penalty was given as the ball hit his trailing arm after coming off his own foot.

Morton defended well and were on their way to a second-half shut-out after Abada hit the post and Schwake saved from Turnbull and Johnston.

But Mooy added the fifth in the 84th minute when he finished from close range after substitute Sead Haksabanovic had dribbled his way into the goalmouth.