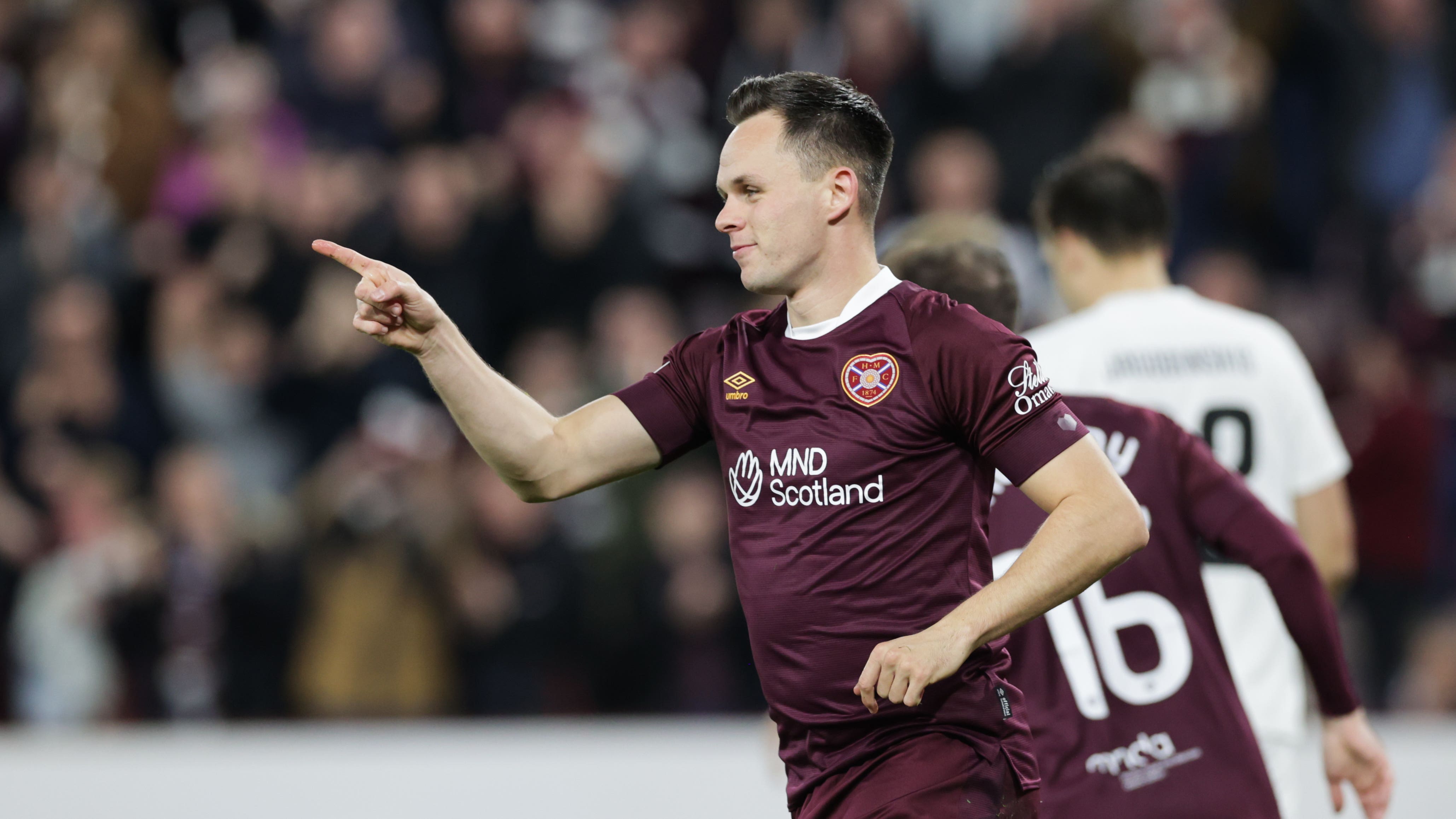 By By Anthony Brown PAJanuary 2, 2023No Comments

Free-scoring Lawrence Shankland hit a first-half double as Hearts made it eight Edinburgh derbies in a row unbeaten with a 3-0 home win over Hibernian.

The striker, recently appointed captain following serious injury to Craig Gordon, made it six goals in his four games since the World Cup break and took his tally for the season to 18 with a clinical finish and a penalty before half-time.

Hibs improved in the second half and had the hosts pinned back for long periods, but substitute Stephen Humphrys struck in stoppage time to ensure the Jambos moved five points clear of their rivals in the battle for third place in the cinch Premiership.

Hearts made two changes to the side that started Wednesday’s 3-2 win at St Johnstone as Michael Smith and Barrie McKay replaced Alan Forrest and Jorge Grant.

There were also two tweaks to the Hibernian team that kicked off their 4-0 defeat at home to Celtic as the suspended Ryan Porteous and Kyle Magennis dropped out, with Harry McKirdy and on-loan Manchester United defender Will Fish taking over.

Fish, making his first start since joining the Easter Road club in the summer, was at fault as Hearts took the lead in the eighth minute when he was caught out by Cammy Devlin while trying to shepherd the ball out of play.

osh Ginnelly seized on the loose ball and fired in a low angled shot which was parried out by David Marshall, but Shankland reacted quickest to force home the rebound from close range.

Hibs were offering little as an attacking force, but they went close to an equaliser in the 29th minute when Kevin Nisbet saw a low 12-yard shot from Elie Youan’s cut-back deflected just wide.

Hearts doubled their lead in the 38th minute, but only after a lengthy VAR check. Toby Sibbick pounced to put the ball in the net from close range after Devlin’s shot had been blocked by Rocky Bushiri.

The goal was initially checked for offside and subsequently ruled out, but VAR spotted that the initial shot had struck Bushiri’s hand and a penalty was awarded. Shankland made no mistake in slamming home his 18th goal of the campaign.

Hibs rallied towards the end of the first half and Fish tested Clark with a header before Sibbick got back to make a vital saving tackle in his own box after Youan had capitalised on a slack Devlin pass.

In the last action of the half, Hearts almost scored a third when Smith lofted a ball over the top for Ginnelly and the Englishman’s dipping half-volley from the angle of the box was tipped behind by Marshall.

Hibs boss Lee Johnson responded to his team’s meek first-half display by making a double substitution for the start of the second half as Magennis and Aiden McGeady were sent on in place of Fish and McKirdy.

Hearts were also forced into a double change in the 54th minute as Smith and Andy Halliday went off to be replaced by Alan Forrest and Nathaniel Atkinson.

The Easter Road side were well on top throughout the second half, but the closest they came to getting themselves back into the match was in the 88th minute when Magennis forced a stunning double save from Zander Clark.

The visitors’ hopes of a fightback were killed off in stoppage time when Humphrys, on his return after two months out injured, ran clear to net a third.