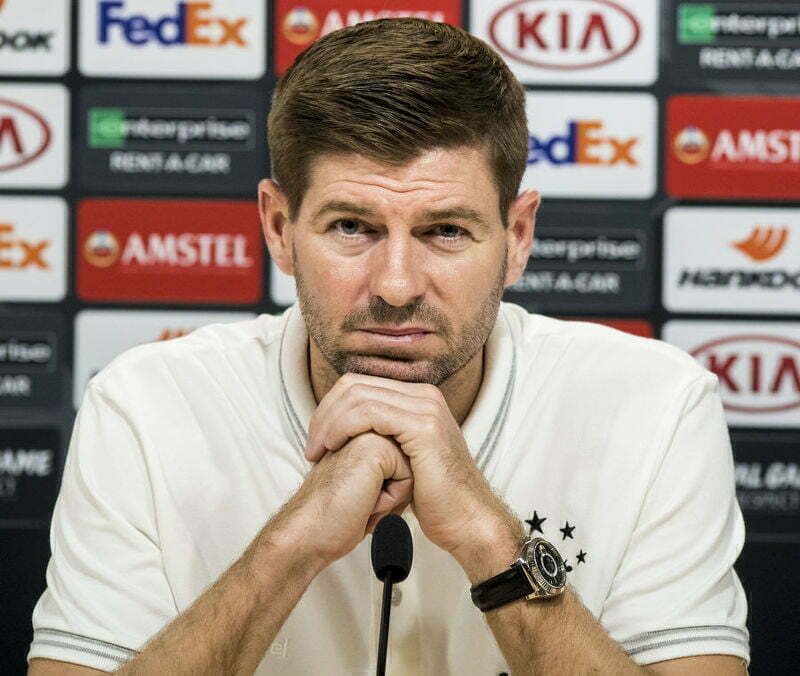 Ranger boss Steven Gerrard insists the league is still the priority despite an impressive 2-2 draw against Villarreal in the club’s opening Europa League tie.

The Ibrox side came from behind twice to snatch a point after going behind in just 48 seconds through a wonder strike from Carlos Bacca.

The Light Blues manager said the SPFL is Rangers’ main focus as they bid to claw back points on runaway leaders Hearts and second-placed Celtic.

Steven Gerrard said: “We are in a much better place now. We lost Morelos and Flanagan who have been fantastic but it gives me belief in the squad when others can come in and play great.

“Sunday is more important in my eyes than Villarreal. Villarreal was a massive match but the league is the priority.

“We are better when we are on the front foot, are aggressive and show intensity.

“I thought second half last night was our best performance when you consider the setbacks and the opposition.

“I want my players to be ruthless and relentless which is why I was slightly hard on the team last night. When we smell blood I want us to go for teams.”

Rangers take on St Johnstone on Sunday and it’s a match the Gers boss says his players must show they have belief in themselves.

He said: “Dundee tried to play football last week, they played some good stuff and are in a false position in the league. St Johnstone have been playing some good stuff also and they will pose a threat.

“We can improve on showing a bit more belief and going to hurt these teams. We have good players and it’s time they start believing in themselves.”