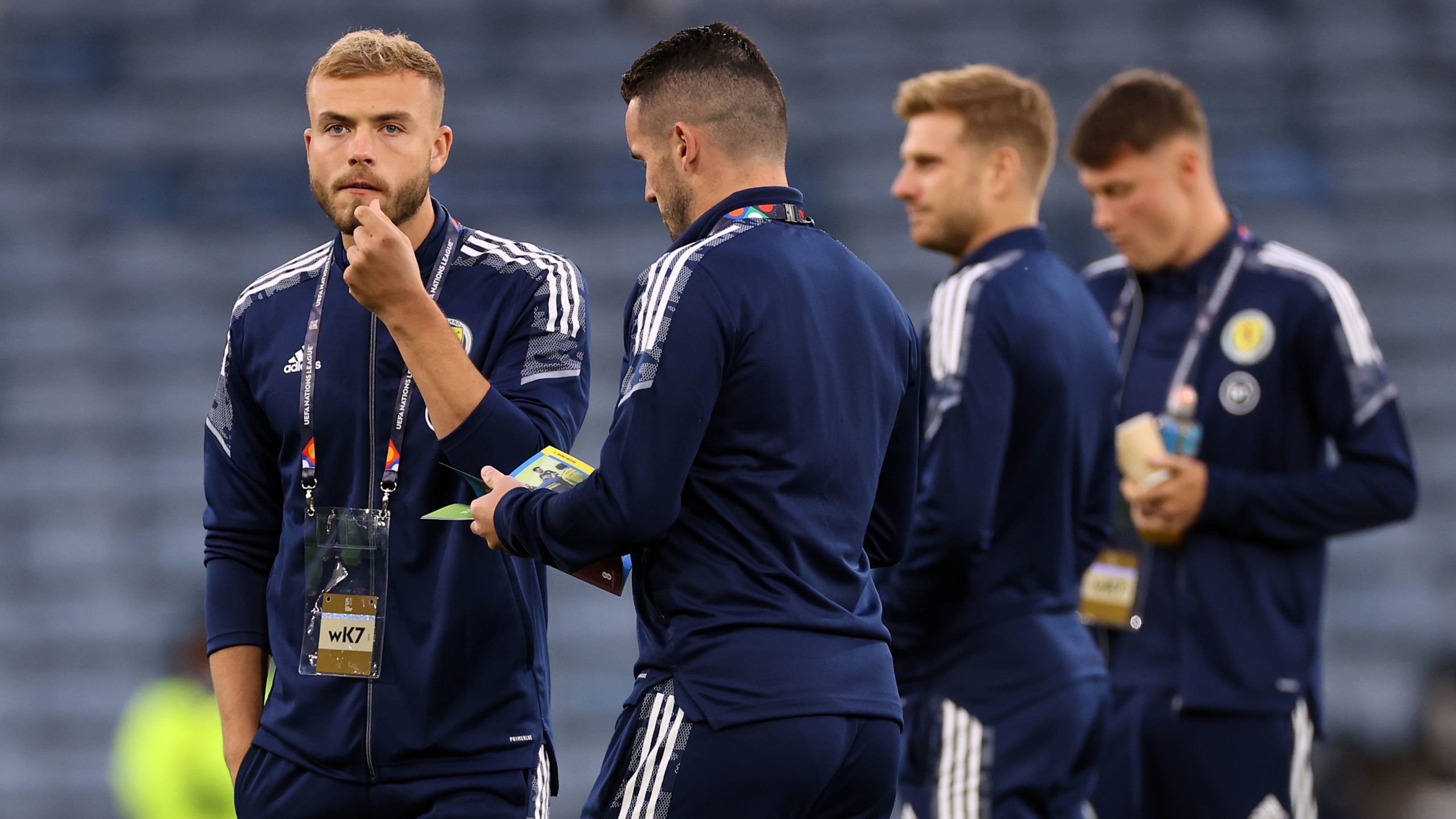 By By Anthony Brown PASeptember 29, 2022No Comments

Lee Johnson admits Ryan Porteous’ impressive Scotland debut in midweek could make it harder for Hibernian to tie him down on a new deal.

The 23-year-old centre-back earned widespread praise after an eye-catching first appearance for the national team as they secured a 0-0 draw against Ukraine in Krakow on Tuesday to finish top of their Nations League group.

Porteous, who came through the ranks at Easter Road, runs out of contract at the end of this season although the Hibees hierarchy are due to meet his representatives next week as they step up their bid to keep him at the club.

Asked if his emergence as a full international makes it more difficult to retain the defender, manager Johnson said: “You could look at it both ways, I suppose. One, that we’re providing the right environment, the right vehicle for him at this moment in time.

“But, of course, a performance like that will naturally alert suitors and people who were maybe on the edge about him may look at him in a different light.

“We’re still in talks, having positive talks, and we’ve got a scheduled meeting next week with his agents which I’m looking forward to. We don’t know what’s going to happen but whatever does happen, we’ll be as prepared as we can.”

Johnson admits he has no idea how the Porteous situation will evolve although he is adamant Hibs will make him an attractive offer.

“The agendas of everybody in any renegotiations are very different,” he said.

“You’ve got the football club who want to spend the least amount possible to have the best squad, the manager that just wants high talent and players who understand his philosophy to win football matches, agents who have a responsibility to the player and to feed their own kids, and the player who wants to play as high as he can for as long as he can.

“In any negotiation, if you find a happy medium with those agendas, then you get a signing or a re-signing.

“I don’t know, is the honest answer. We’ve had positive talks. I think he’s in a great place psychologically, physically, technically and tactically and we hope he stays. We will make a strong offer considering all those factors.”

Johnson was encouraged by the sight of several recent injury victims, including Rocky Bushiri, Kyle Magennis, Kevin Nisbet, Demi Mitchell and Aiden McGeady in the warm-up at training this week.

Magennis could be involved away to Ross County this weekend for the first time in a year and Johnson is excited about the potential within his squad once he has everyone fully fit and firing.

“I honestly don’t think we’ve had a clean run at it, nowhere near it,” he said of a start to the season disrupted by the absence of several key men.

“If you think of all those players, think of the players we’ve signed and when we signed them, players coming in with different fitness levels and work permit issues, it’s quite exciting in terms of the potential we have moving forward, whether that’s in six weeks or when we restart after the World Cup.

“It will be very hard for me to pick not only a starting eleven but also pick the bench.”