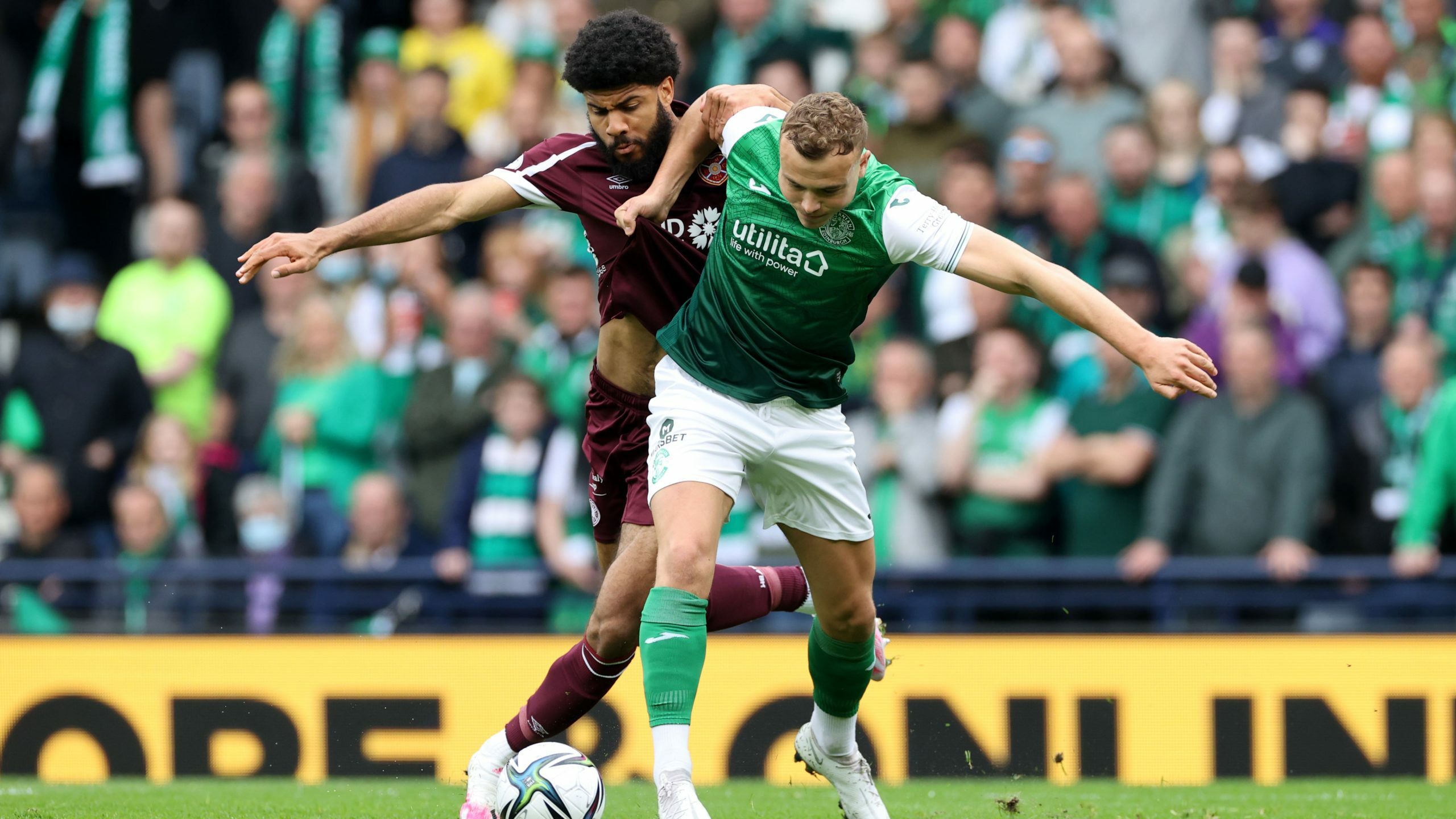 Hibernian manager Lee Johnson has called on Ryan Porteous to match his “fire in the belly” with “ice in the head” as the defender prepares to come face to face with Aberdeen.

Porteous was the centre of attention when the teams last met after he won the penalty which turned the game in Hibs’ favour and prompted a red card for Liam Scales.

Dons boss Jim Goodwin later accused Porteous of “blatant cheating” in a post-match interview which will see him confined to the stand during Friday night’s cinch Premiership match at Pittodrie.

Porteous was sent off in Hibernian’s previous trip to Aberdeen in March for hauling down Ross McCrorie in the penalty area. The Dons won 3-1 that day before the scores were reversed at Easter Road in September.

Johnson said: “There was a lot of controversy that surrounded that game for a number of reasons so I think naturally that will bring a little bit of edge to the game.

“I haven’t managed at Pittodrie before but a lot of these boys have had the experience of playing there. I think Ryan got sent off there last year.

“I don’t know how the fans will respond but I do know our fans will be fully behind us – the travelling contingent have been outstanding from the first game.”

When asked about Porteous and the welcome he is likely to receive, Johnson said: “I think it’s a really interesting part of his development. We have talked a lot about Ryan’s leadership and qualities and we want to keep developing his resilience, mental strength and that ability to be calm.

“He is a player that plays with a lot of fire in the belly and what comes with that is the need for the ice in the head. If he can start the game well and we perform in the right way to suit his attributes, I’m sure he will be fine.”

Goodwin saw a potential 10-game ban downgraded on Monday. The Aberdeen manager will serve the second of an initial three-match ban with another two games suspended.

When asked whether it was right that there was some consequence to his comments, Johnson said: “Listen, it’s not my place to say. The rules are there for a reason. The SFA have those committees to discuss moments like that. I have been on the receiving end of that myself, by the way, down in England.

“And it’s a passionate game. We all care about the game. There’s a right and a wrong way to do it but I’m not the man to judge that.”