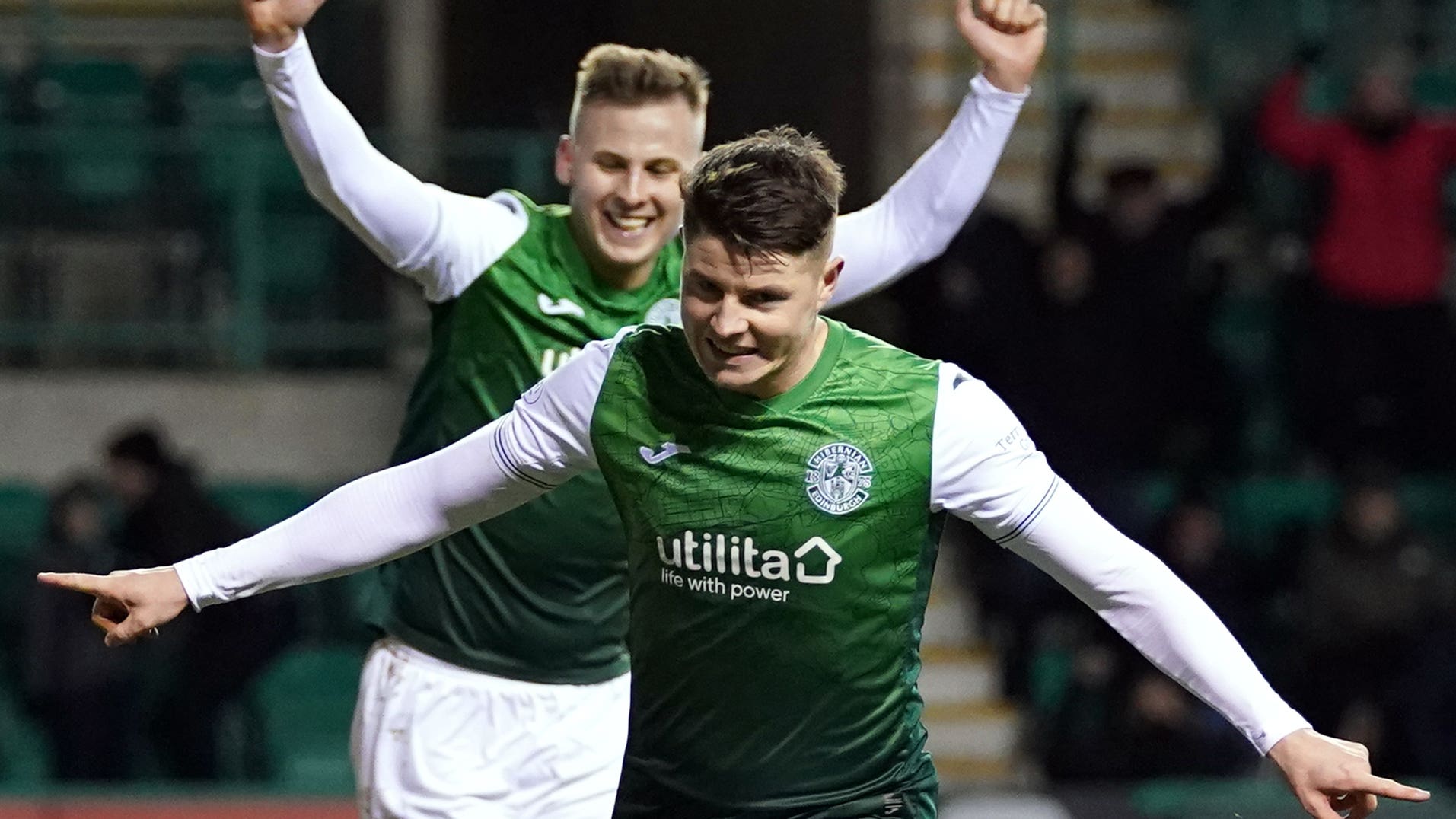 By By Anthony Brown PAJanuary 15, 2023No Comments

Hibernian manager Lee Johnson has challenged the rest of his squad to start chipping in with goals and ease the scoring burden on the in-form Kevin Nisbet.

A week after notching a hat-trick in a 3-2 win away to Motherwell, the Scotland striker hit a double – including a stoppage-time equaliser – to scrape a 2-2 draw at home to Dundee United on Saturday.

Nisbet has now scored seven goals in six games since returning from a 10-month injury lay-off, but Johnson is irked that no other Hibs player has found the net in their last four matches.

“Nizzy’s massive for us,” said the Easter Road boss. “But I think other people need to step up and ease the burden in terms of goals.

“That could be full-backs, centre-backs from corners, other forwards.

“Elie Youan has assisted a lot but I’d like more goals from him considering the areas he gets into.

“We’ve got to promote everybody as goalscorers, not just Nizzy. But the important thing is he’s here, he’s fit, he’s getting fitter by the minute, he’s played two 90s now on the spin and it’s five goals in two games.”

Johnson – who has been critical of his squad recently – is hoping to make some additions in the coming weeks.

“In terms of new signings, we are trying,” he said. “I can’t guarantee anything but there’s been a few outs which creates some funds.

“We are certainly active and I’m very clear in my mind as to what I would like defensively and offensively.

“I’m happy with the potential options but we have to try and get them over the line and it’s never easy because good players are in high demand.”

United have lost only one of their five games since the World Cup break but boss Liam Fox feels his side should have already climbed out of the cinch Premiership’s bottom two as they have let victories slip in stoppage-time against both Hibs and Hearts over the past three weeks.

“We are disappointed but we feel we are making progress,” he said.

“I would like more points on the board to justify that as performances have been good.

“We have lost two points because of late goals in games against Hearts and Hibs, but that’s ‘shoulda, woulda, coulda’.

“We will dust ourselves off and I am delighted with the application and effort. That’s all you can ask for as a manager and I trust this group.

“There is a real togetherness and we just need to keep working.

“We came to Easter Road and played at a tough venue against good players. But selfishly, I want more points.”