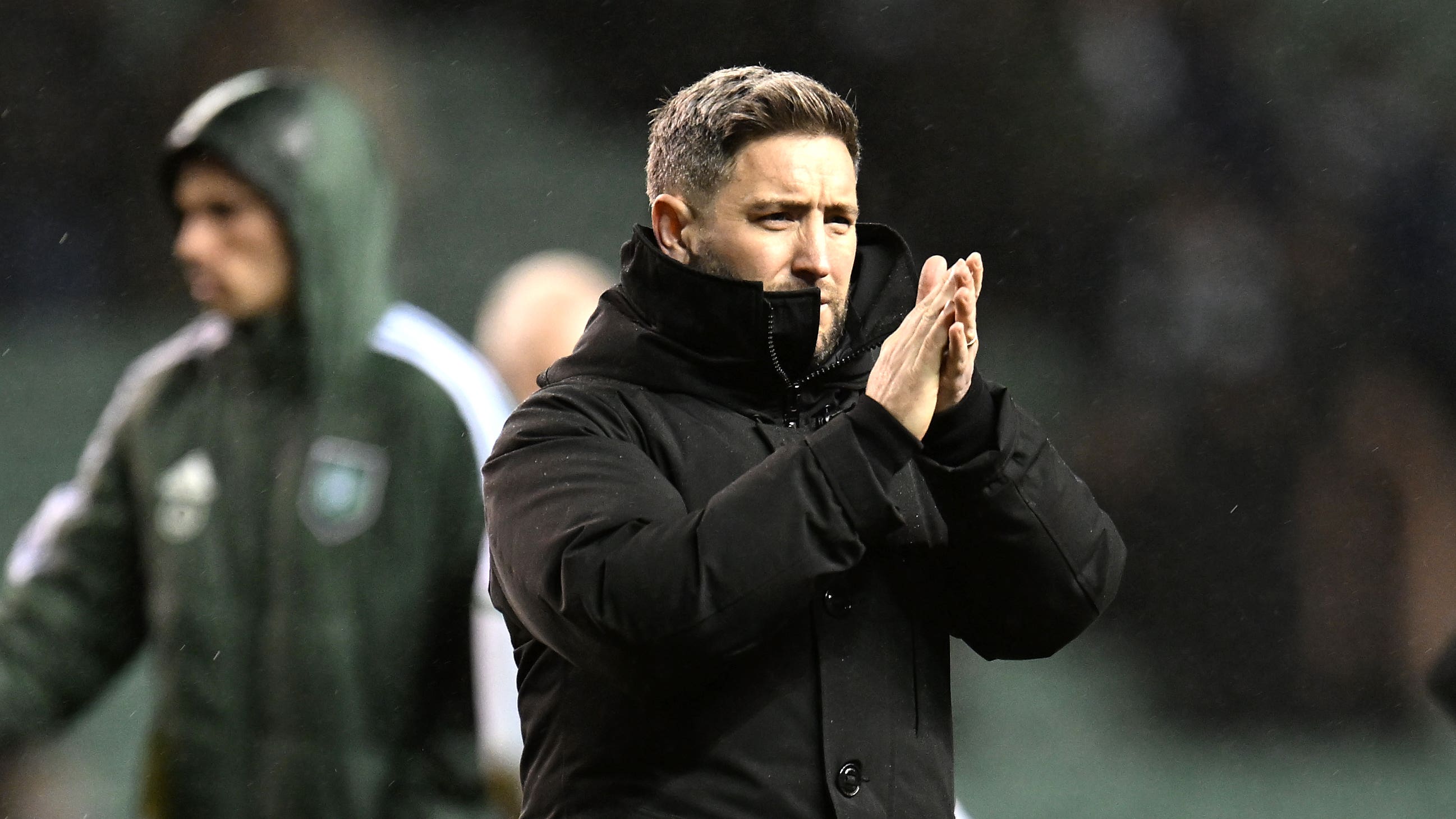 By By Anthony Brown PAJanuary 8, 2023No Comments

Lee Johnson believes Hibernian’s 3-2 win at Motherwell can act as a turning point in their season.

The Easter Road side – who had been heavily criticised after losing nine of their previous 11 matches – celebrated jubilantly at full-time after Kevin Nisbet’s hat-trick earned them a much-needed win.

“The win was the most important thing and the way the other results went, it launches us back in touch (with the top six) and gets us away from where we don’t want to be.

“I didn’t think the boys played with a lack of confidence which I was really pleased with after last week when we were all taking a bit of stick, and rightly so.

“We celebrated, both players and staff in the dressing room, and I think we can really be successful this season.”

Johnson believes the victory showed the value of being able to start attacking trio Nisbet, Kyle Magennis and Aiden McGeady, all of whom have recently returned after lengthy injury absences.

Asked if it was the strongest team he had been able to select since becoming manager last May, Johnson said: “I think so, and listen that was a risk.

“We had a high IQ today, no doubt about that, and we had more gravitas but we lacked a bit of trust in the lungs (because of match fitness). I went for it in this game because I wanted to try to go one or two up and potentially hold it, and it worked nicely.

“You need your best players fit at any club but especially at a club of our size. It becomes really important that those guys play and deliver.

“And people are forgetting Martin Boyle (who is out for the season with a cruciate ligament injury) in all this as well. That’s a dangerous front four and it will be good to get all these guys fully fit.”

Johnson was impressed with the quality of Nisbet’s finishes as he made it five goals since returning in mid-December following 10 months out with a cruciate ligament injury.

“I am looking forward to seeing the goals back because, with the VAR and everything going on in the game, I don’t think I fully appreciated how good the finishes were,” he said.

“I am delighted for him because he has worked really hard and the staff have worked really hard to get him back. That’s five goals in five games now and even half of that form will get us in a successful place by the end of the season.”

The defeat made it seven games in a row without a win for Motherwell and they are now just three points above bottom-of-the-table Ross County ahead of next weekend’s showdown between the teams at Fir Park.

Manager Steven Hammell said: “We were confident of getting a result and that would then take us to within the group above us with how tight the league is now.

“We’ve not done that so Hibs peel away from us a little and we are involved in a fight with the teams round about us.

“That adds more pressure to next weekend and the players and myself need to stand up to that.”