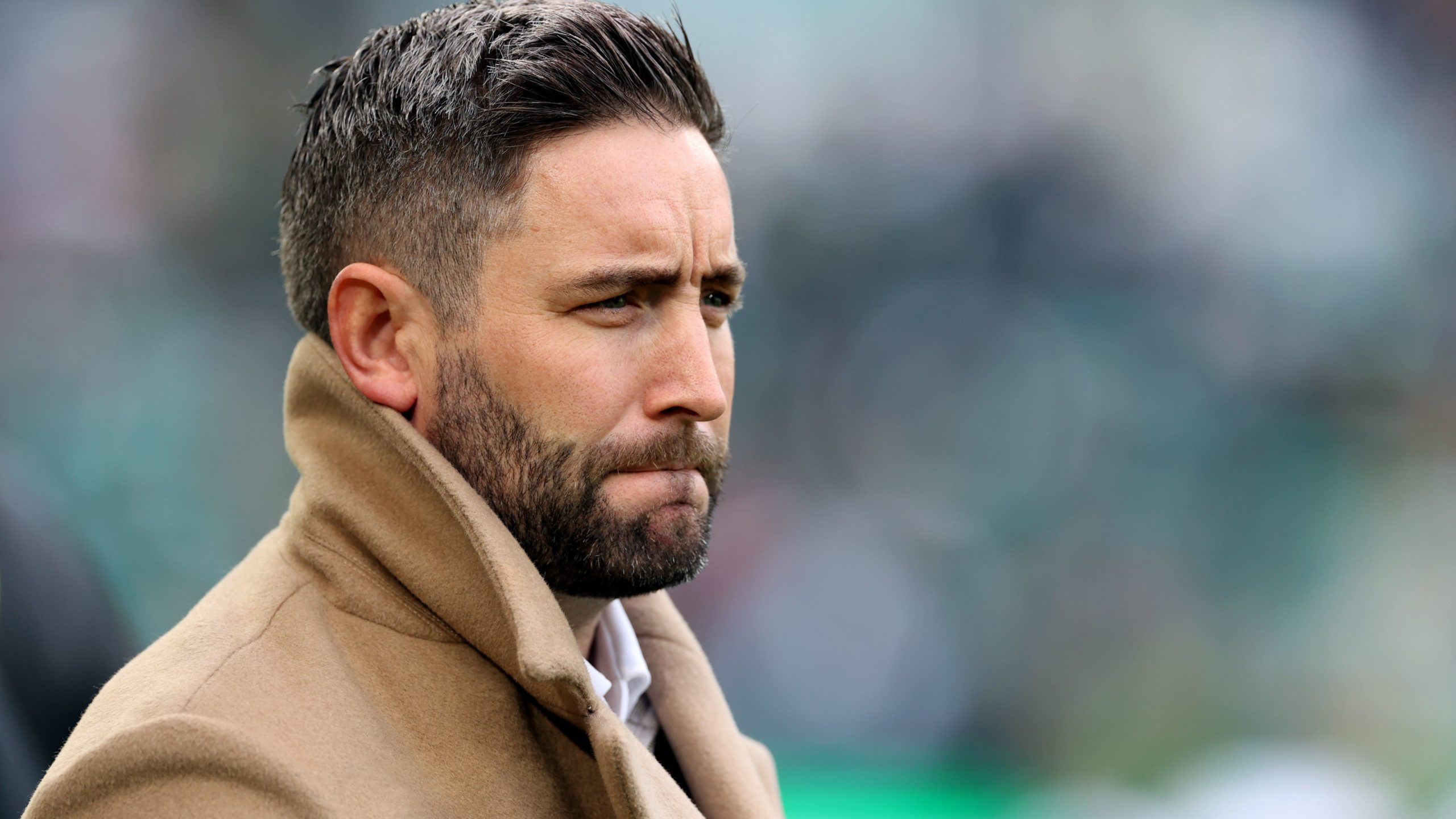 By By Gavin McCafferty PAOctober 27, 2022No Comments

Hibernian manager Lee Johnson admits his side need to be able to deal with ‘plot twists’ better.

Last Friday’s home game against St Johnstone was going almost exactly to script for Hibs, other than their failure to build on a 1-0 lead, until Kyle Magennis was sent off in the 70th minute.

Saints had previously offered almost nothing going forward but went on to win 2-1 against the 10 men.

Johnson, whose side host St Mirren on Saturday, said: “One of the challenges for us is the plot twist. When there is a bit of a plot twist in a game, we have to react better than we do.

“I think this could be something that has happened to Hibs quite a lot in the past. It’s how we improve that is the challenge.

“You can obviously do it by the quality of individuals, which we are trying to nurture, our younger players. It can be decision-making on the day, it can be team spirit.

“There are so many factors that enable a team to cope with a plot twist in a particular game.

“It’s something I want to look at because I don’t think we have done it particularly well. At times we have done it well, gone one down and come back a couple of times.”

Johnson believes he has the characters needed to deal with such situations and gave captain David Marshall as an example.

When asked what is needed, he said: “It’s experience, experience as a group, coming through adversity, having that tool box to be able to cope.

“You imagine great leaders in great teams leading by example and grabbing a game by the scruff of the neck. Everyone’s different.

“Some players will take the ball in front of 55,000 at 5-0 down and other players will smash somebody with a big tackle to get the crowd going.

“You have to bring your best as a player and not be knocked by something that has gone wrong and recognise that, and organise. And I think we have that in the squad. We have it in the building, we just have to fine-tune it.”

Johnson believes there are training methods that can help him in his quest.

“I actually think that’s the way forward in football. People ask ‘what’s next’ in football. I think it’s the psychology to match the moments in games.

“We always talk about momentum but nobody can really describe how you swing momentum.

“You might be playing against someone that’s peppering you for 90 minutes, they score and the next five minutes the team that hasn’t had the ball for 90 per cent of the time suddenly bombards the box. What is that? That’s just a mindset.

“I think working on different solutions to the mental scenario at that particular time, I think is the way forward in football. The best players and coaches will be able to fast-track these moments and swing them to their advantage.”