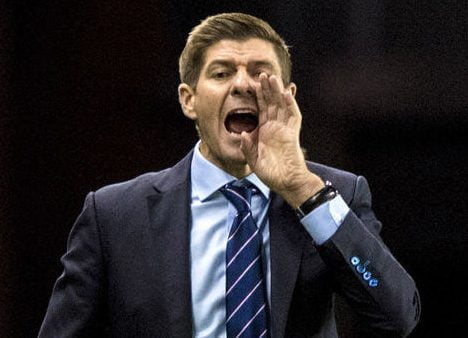 Steven Gerrard’s side will visit Celtic Park for the first Glasgow derby since he arrived at Ibrox.

The Light Blues are unbeaten under the Liverpool legend in both the Europa League qualifiers and the SPFL so far this season.

But the former Gers defensive midfielder insists this match will show how far the team has come since last term.

He said: “Out of Rangers’ new signings I think you will see the true test of their personalities and mindset when you’ve got 60,000 people screaming at you.

“His recruitment has all been about leaders when you look at the players he’s brought in.

“Kyle Lafferty is the most recent one and he knows the club and the league.

“Steven Gerrard has sorted out the problems at the back and expectation levels have risen.”

But the former Kilmarnock boss insists his old side could give Celtic a run for their money on Sunday.

He said: “The Rangers fans are probably expecting to get something out of the game.

“Maybe not a win but certainly to come away from Celtic Park with something. I think it will be really tight.”