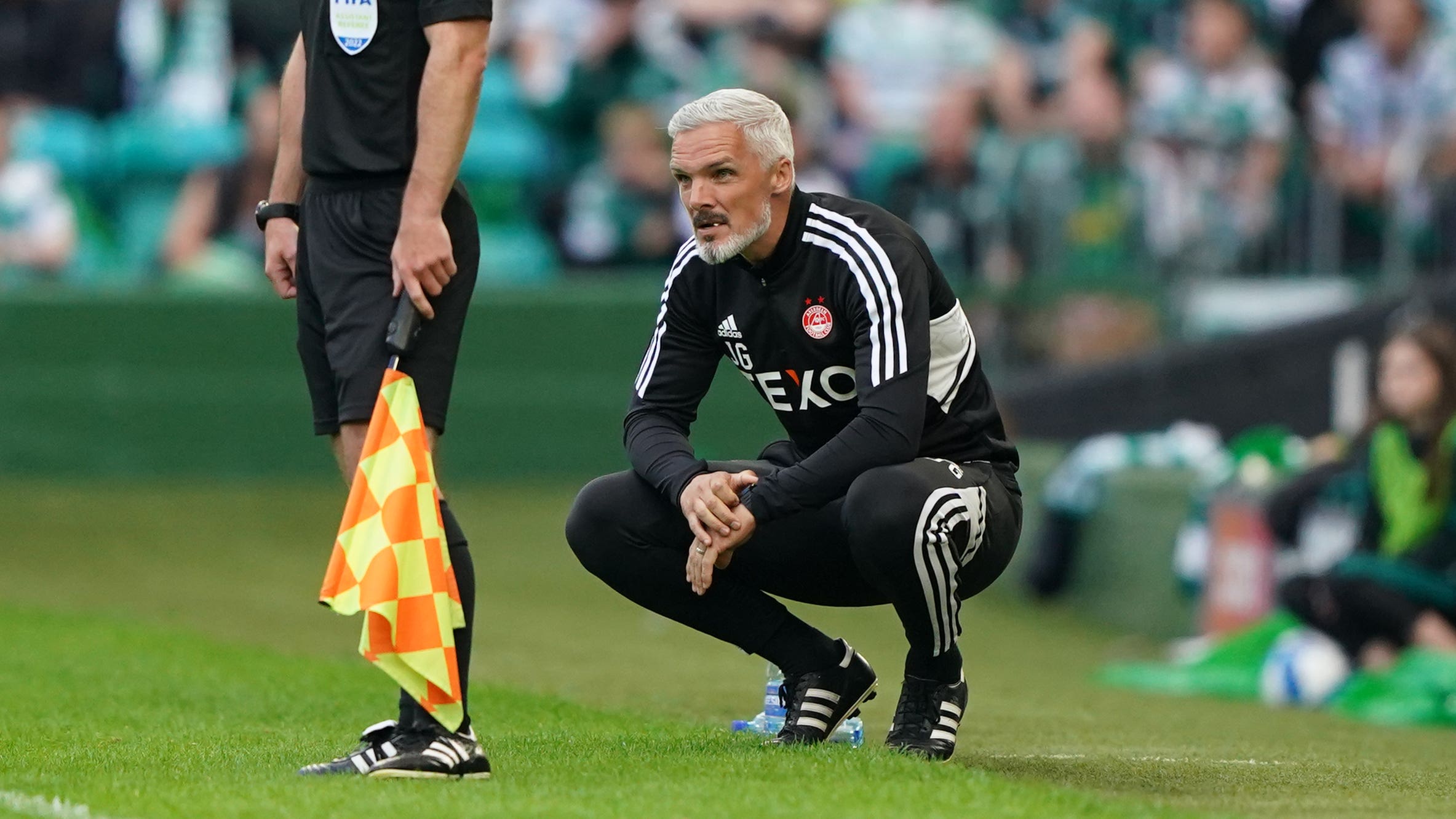 Aberdeen manager Jim Goodwin hopes a frank analysis of their 4-0 defeat at Tannadice can prompt a swift return to form.

The Dons suffered an unexpectedly poor Saturday night against a Dundee United team who had not yet recorded a cinch Premiership win this season.

Goodwin felt a glaring miss by Bojan Miovski had rocked his side before United took the lead against the run of play late in the half before Aberdeen’s night went from bad to worse.

The Aberdeen boss said: “I’ve been pleased with the reaction the players have given us this week up to now in training.

“We had a long meeting on Monday morning, a few home truths and a lot of honesty from the group and that’s the most pleasing aspect for me.

“There’s nobody here among the staff or among the players trying to shy away from what happened on Saturday.

“We are all very honest with each other, we have a great culture here at Cormack Park where we encourage people to give their opinions. We don’t expect people to just sit there and agree with everything.

“It’s not about lambasting individuals for making mistakes and pointing the finger at Bojan Miovski and telling him it’s his fault. We are very much a team and are all in it together from my backroom team, medical team, analysis team.

“Individuals make mistakes, sometimes they get the brunt of it, but we have been in this situation before where we have had disappointment and we have bounced back very well. We have to do the same this weekend against Hearts.

“I think it’s healthy to have frank conversations in any business and we are no different.”