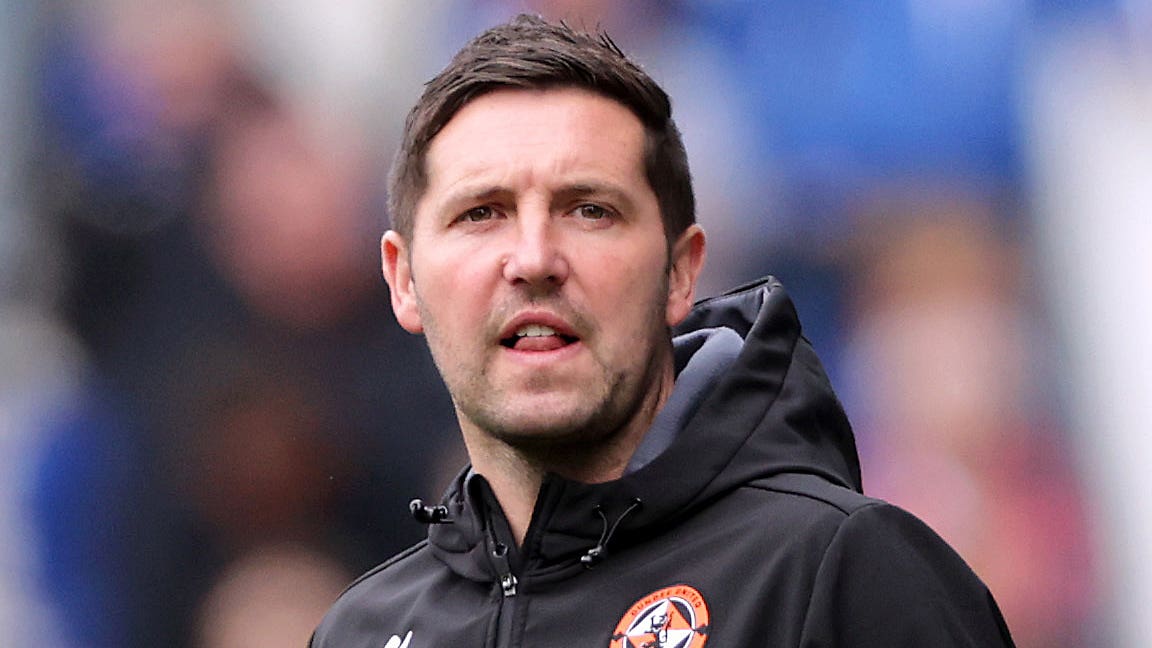 Dundee United boss Liam Fox was delighted for the club’s players and fans after the Tangerines finally secured their first cinch Premiership win of the season – but also warned against getting carried away.

Aberdeen were swept aside 4-0 at Tannadice thanks to goals from Aziz Behich, Tony Watt and Jamie McGrath, with the Dons’ Ross McCrorie also heading into his own net late on to complete the scoring.

However, with United still bottom of the table, head coach Fox insists no-one will be allowed to rest on their laurels after just one win.

“The players have got that winning feeling back but it is really important we build on this.

“It is only three points and we have a really difficult game on Tuesday now against Hibs. That’s our focus.

“We are really pleased for the players and supporters. It has been a while for the fans so it is really important to mention them.

“So we need to look forward and keep pushing.

“The last thing I said to the players was; ‘let’s not take one step forward and then take two or three back’.

“We need to keep pushing and keep working every single day.

“There are still things we need to improve on but I will let them enjoy that victory and that winning feeling as they haven’t had for a long time.

“They can enjoy that tonight but they have got to want more of that.”

Aberdeen’s heavy defeat left them fifth in the standings, two points behind St Mirren in fourth.

Dons assistant manager Lee Sharp, standing in for the banned Jim Goodwin, said: “We are extremely disappointed as are the players, the staff, the manager.

“We are disappointed in the performance and the result.

“I thought it was a really cagey game up until they scored.

“The two goals they scored before half-time I thought were defensively poor.”