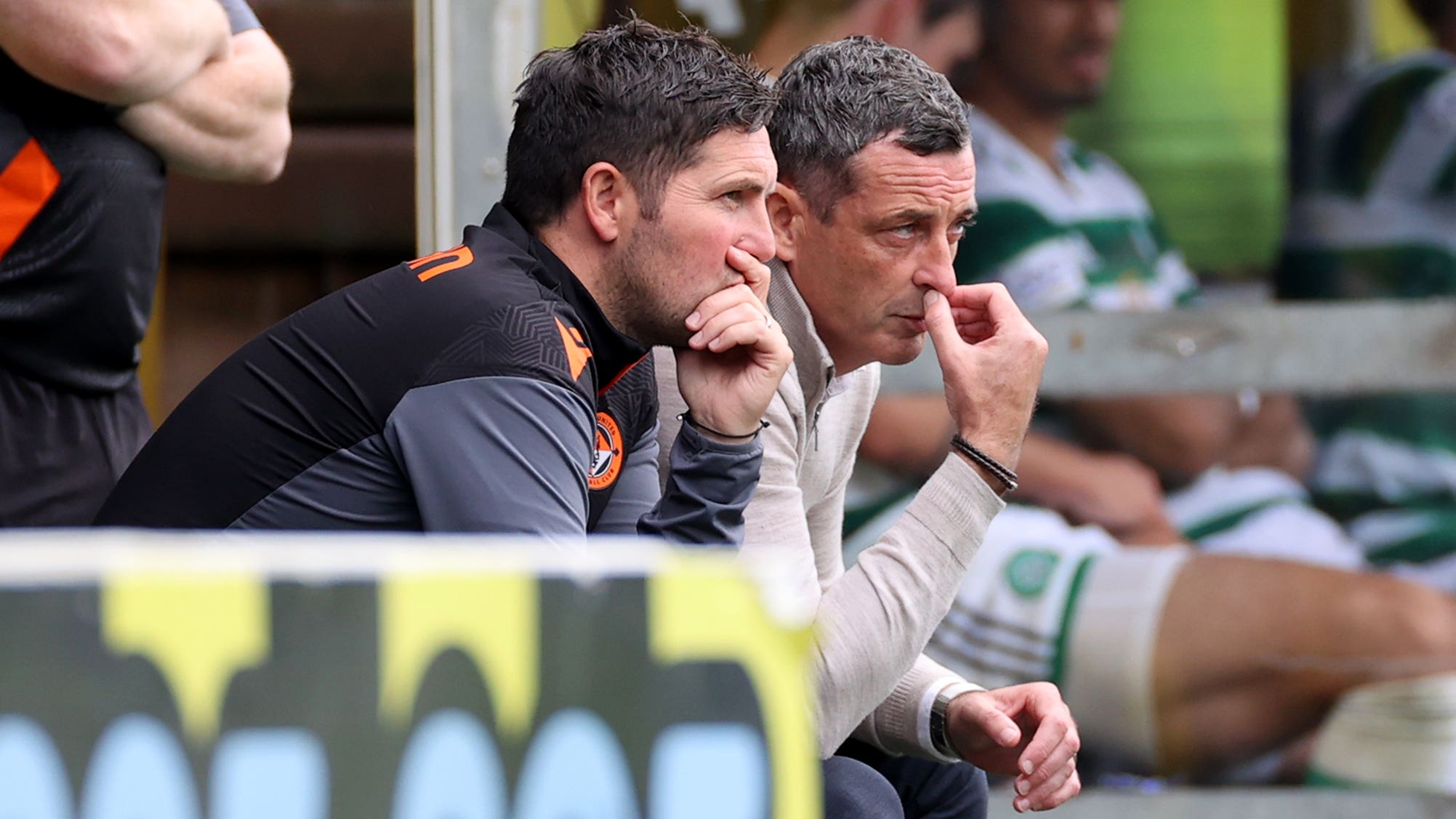 Liam Fox hinted at possible talks about the permanent managerial role after his Dundee United side earned a goalless draw on the road against Motherwell.

Kevin van Veen’s first-half penalty was saved by United keeper Carljohan Eriksson, while Motherwell’s top scorer also hit the bar and missed a close-range header as his side endured a frustrating afternoon in front of goal.

The Tannadice caretaker handed the plaudits to Steven Hammell’s rejuvenated Well and believes the result could be a starting point despite still searching for a first cinch Premiership win of the season.

Fox, 38, has been placed in temporary charge of United after the dismissal of Jack Ross and will wait to see what managerial decision is taken by his club.

He said: “It’s been a tough week, a long week for everyone connected with the football club. I’m not being negative and saying we are coming here accepting a point, but the reality of this week – Wednesday, today and the limited time on the training pitch, we are reasonably pleased with where we are at.

“I’ve been totally focused on Wednesday and today. I’m sure, at some point, I’ll speak to whoever I need to speak to. The club is going through their process and, moving forward, that’s something well above my pay grade. Until I’m told otherwise, I’ll just carry on.

“It’s a long time until we set foot back in the building as the boys have got a day off tomorrow. A lot can happen in that period of time.”

Louis Moult was given a rousing reception as he was re-introduced to the Fir Park faithful before kick-off.

The Englishman is back for a second spell with Motherwell, after joining on a season-long loan from Burton, and Hammell admitted the game just came too soon for him.

“Louis would have been involved but he’s not trained this week,” Hammell said.

“He drove up yesterday. It would have been great to have him up here but he’s not here for one game, he’s here for the season and he’s hopefully going to play a big part in what we are doing this year.”

Hammell also insisted that there will be much more to Motherwell’s attacking threat than Moult.

He added: “If he came on today, he wouldn’t have been ready so we’ll just need to assess him tomorrow and hopefully he will be good to go [for Ross County next week].

“I think there are goals throughout the team – as we draw 0-0.

“But I do think we will create chances if we continue to do what we are doing.

“I think even three or four of the players are threats. Even Paul McGinn today had one when the defender got to the line and stopped a certain goal.

“There’s threats all over the park and we need to be more of a goal threat from more positions than just the nine.”