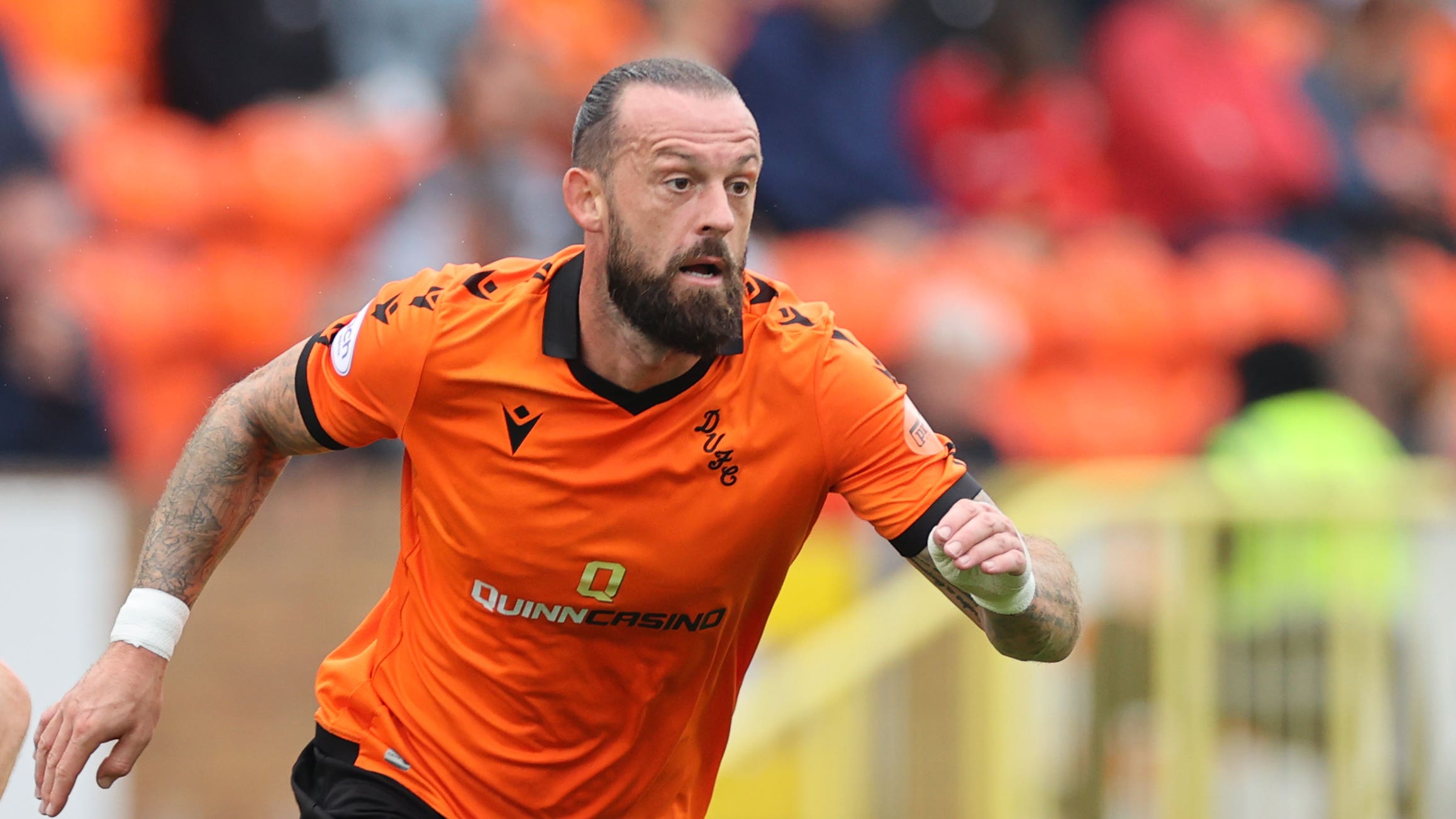 By By Anthony Brown PADecember 25, 2022No Comments

Liam Fox is hopeful that Steven Fletcher will be fit to lead the Dundee United attack in Wednesday’s bottom-of-the-table showdown with Ross County.

The 35-year-old striker limped off with a thigh knock after colliding with Craig Gordon in the incident that led to the Hearts and Scotland goalkeeper being stretchered off with what appears to be a career-threatening leg injury.

United boss Fox is optimistic that Fletcher – who scored the opening goal in the 2-2 draw with the Jambos on Saturday – will be fit to face second-bottom County at Tannadice.

“Steven took a bit of a whack on his thigh,” he said. “We’ll see how he is over the next couple days.

“He was outstanding the way he led the line (against Hearts). He’s an important player for us. We’ll look after him, get him recovered and hopefully he’ll be back for Wednesday.”

United were disappointed to be denied victory by a debatable stoppage-time penalty equaliser from Lawrence Shankland, but Fox took enough positives from the match to believe his team will soon move off the bottom of the cinch Premiership.

“I was proud of my team,” he said. “I saw a lot of good things. We are obviously disappointed we didn’t come away with three points.

“We now have a huge game to look forward to on Wednesday and if I get the same for the rest of the season then I am confident we will get out of the situation we are in.”

For Hearts, the result was overshadowed by concern about the wellbeing of goalkeeper Gordon. Manager Robbie Neilson did not want to speculate about the extent of the injury afterwards, but photographs of his leg taken before he was stretchered off suggest serious damage has been done, raising fears that the Scotland number one – who turns 40 on New Year’s Eve – may struggle to play again.

The Edinburgh club have yet to provide any further update on Gordon. Given the seemingly grave nature of the injury, events related to the match seemed trivial, although it was a highly-eventful showdown.

Hearts boss Neilson was shown a yellow card by referee Colin Steven after he initially gave a penalty against Gordon for the second-half collision with Fletcher before overturning it following a VAR review.

That was one of two penalty awards in the match which were subsequently overturned, with the first coming after United midfielder Arnaud Djoum touched the ball with his supporting hand while sliding in to challenge Cammy Devlin.

Hearts were then given a contentious spot-kick in stoppage time following a tug by Ross Graham on Shankland that allowed them to equalise.

“The last one, I think it’s a mistake and it doesn’t get reviewed. Sometimes it can be exciting but when it’s happening regularly it can be a bit of a shambles.”