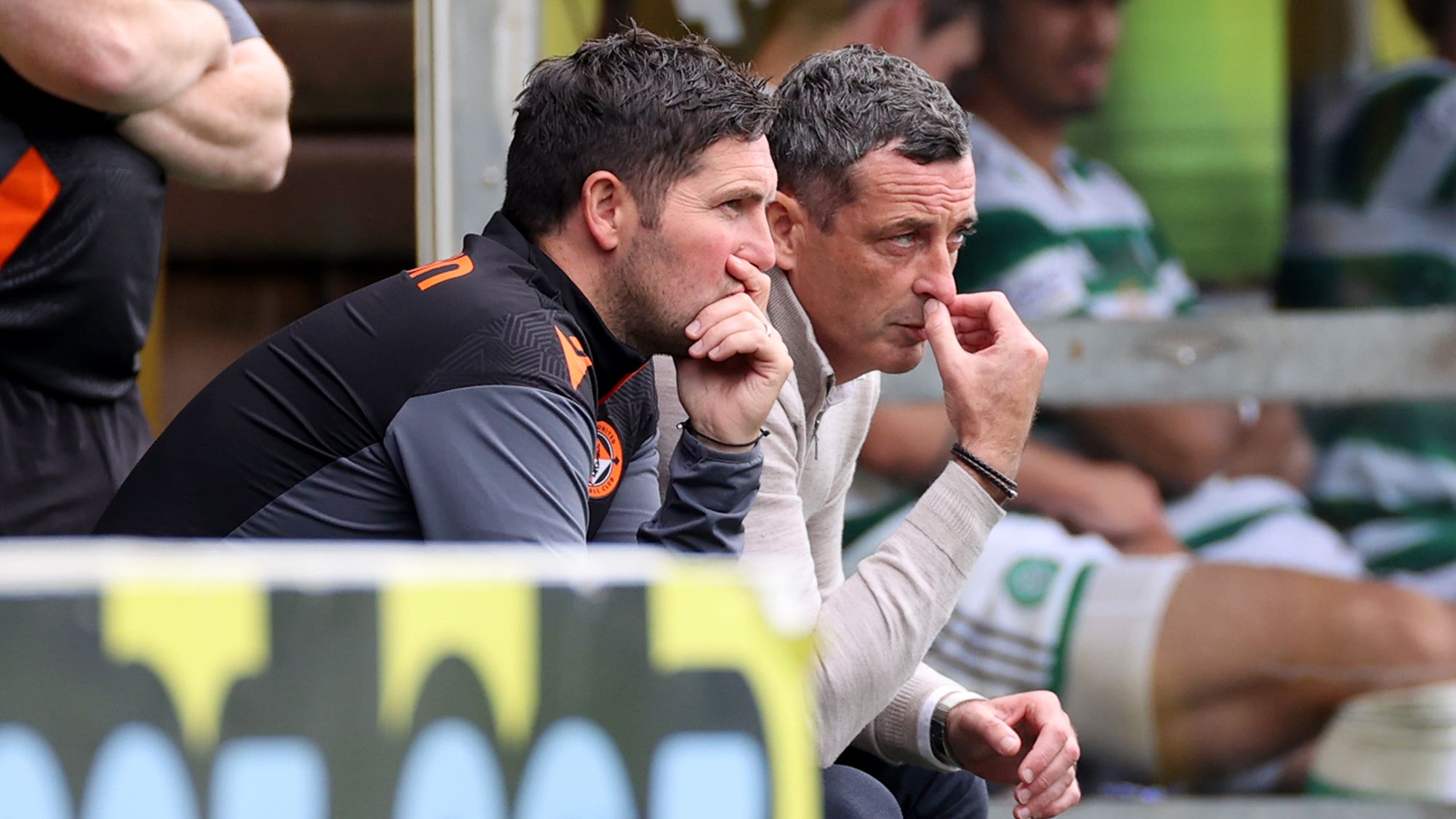 Liam Fox is reading nothing into the odds that make him favourite to be Dundee United’s next permanent manager as he prepares for his second match in caretaker charge.

Fox led United to a 2-1 Premier Sports Cup victory at Livingston on Wednesday after Jack Ross paid the price for a five-match losing run that saw United concede 24 goals.

The former Cowdenbeath manager was assistant to Tam Courts before Ross and could find himself getting a longer run to steady the ship if he gets another result at Motherwell on Saturday.

Fox insists the only discussions with sporting director Tony Asghar have been about taking the team at Fir Park and he expects some big names to be interested in the job.

“First of all it’s pretty easy to put my name in the frame because I’m actually doing the job at the moment,” the 38-year-old said.

“The club are going through the process. It’s a very, very good job and I’m sure there will be some really high level candidates for it. So it will be up to them to hopefully pick the man to take the club forward.

“To be honest I haven’t had the chance to catch my breath. The focus is on the game at the weekend and we will see where we are on Sunday.”

Fox hopes the players can take another step towards recovering from the shock of their run of heavy defeats and swift departure of Ross as they bid to get off the bottom of the cinch Premiership.

“When you are involved in football at this level, managers, coaches and people come and go,” he said. “A lot of them have probably been through this process – I’m sure they have all been at clubs where the manager has left.

“The harsh reality is that we all know it can happen. All I can ask of them is they show the same attitude and application.

“Football players just love winning football games. So that’s obviously given them a wee bit of a boost. I think everybody feels a wee bit better about themselves after getting the result.

“It’s important we build on that for the game on Saturday. It will be a really, really difficult game and the challenge is can we repeat that?

“It was a small step and we need to go and repeat the same kind of performance on Saturday. If we do that hopefully we will get the right result.”