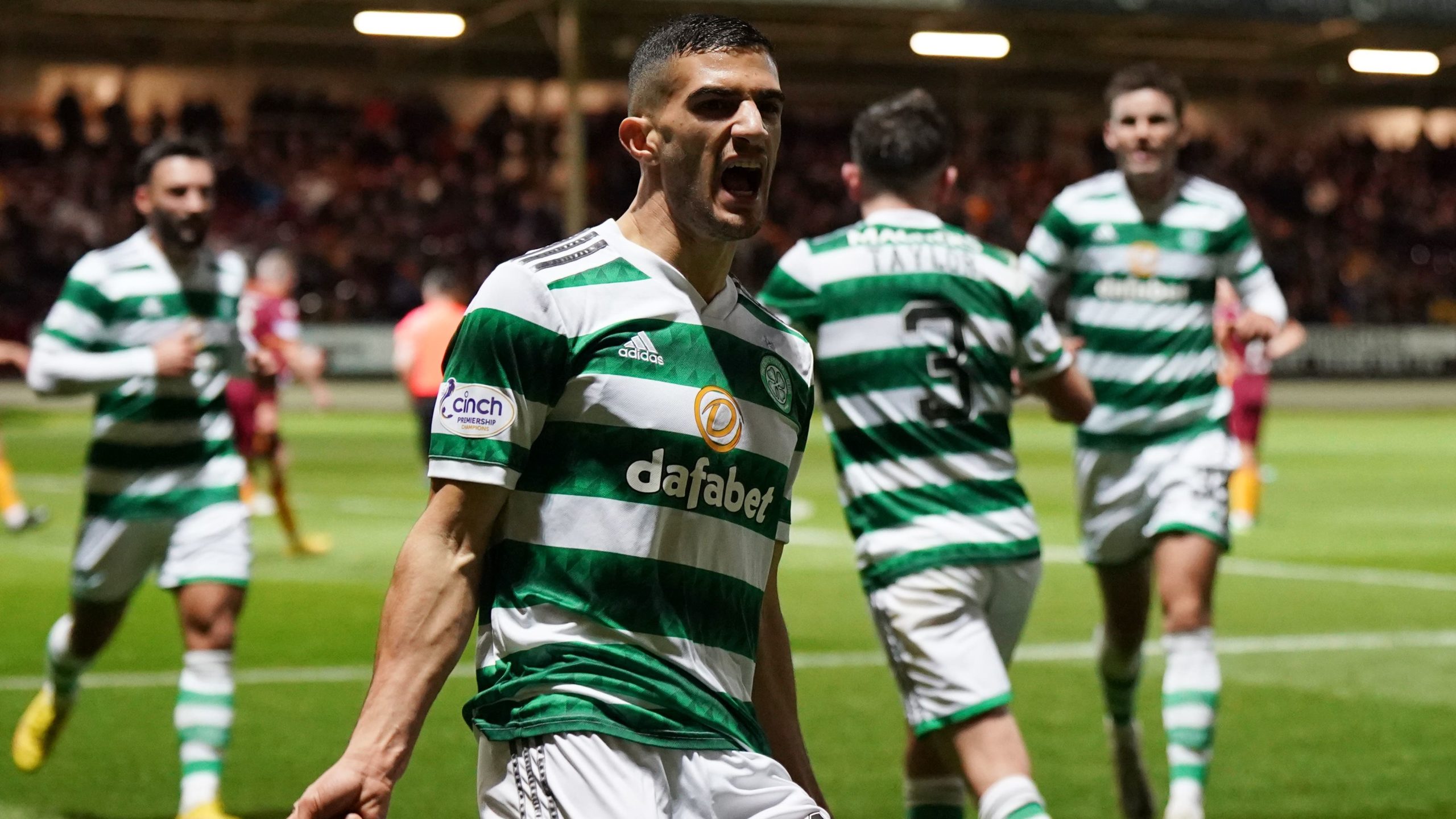 By By Gavin McCafferty PAOctober 19, 2022No Comments

Liel Abada scored twice and had a hand in another two goals as Celtic eased into the Premier Sports Cup semi-finals with a 4-0 victory at Motherwell.

Abada was back in the team after making way for James Forrest to net a hat-trick against Hibernian and the winger scored either side of half-time after both sides had missed good chances.

The 21-year-old then provided an assist for Reo Hatate to score after a wonderful piece of skill before his shot came off the post to allow Kyogo Furuhashi an easy finish.

A crowd of 8,370 navigated the 6.15pm kick-off time, which was demanded by the sponsors to allow them to show Celtic and Rangers consecutively on the same evening.

Forrest was one of five players dropping out from the team that started Saturday’s 6-1 win while Motherwell had Blair Spittal and Connor Shields back from injury and suspension, respectively.

Motherwell had an early chance to attack but Shields over-hit a cross with Stuart McKinstry in space at the back post.

Furuhashi missed a sitter from six yards, although he looked offside, before the striker hit the underside of the bar from 22 yards. Liam Kelly recovered to save Abada’s header from the rebound.

Motherwell continued to live dangerously as they used their four attacking players to press Celtic high up the park.

The tactic inevitably risked leaving them open at the back and Kelly saved well from Aaron Mooy and Furuhashi.

It also led to the occasional reward. McKinstry squandered a glorious chance when he sliced wide from six yards after Shields’ persistence set him up, and Sean Goss forced a save from Benjamin Siegrist after intercepting Matt O’Riley’s pass 30 yards out.

The major frustration for Motherwell manager Steven Hammell at half-time would have been the fact that his side were defending deep in numbers when they conceded a 44th-minute opener.

Several players missed chances to clear, culminating in Paul McGinn heading straight to Greg Taylor. The left-back played a one-two with Sead Haksabanovic and squared for Abada to burst in between two Motherwell players and tap in from six yards.

Motherwell threatened just after the break when Matt Penney won the ball 22 yards out and fired an angled drive which Siegrist pushed wide at full stretch.

But the tie was effectively over in the 56th minute when some Celtic pressure paid off. Kelly pushed out shots from Abada and Josip Juranovic in quick succession before the Israeli volleyed home the second rebound from 12 yards.

Abada turned provider four minutes later to cut the ball back for Hatate in the six-yard box. Ricki Lamie sold himself with his challenge and the Japan midfielder quickly weaved in between Kelly and Sondre Solholm before stroking the ball into the empty net.

Motherwell gifted the holders the fourth in the 76th minute when Goss and Lamie got in each other’s way and substitute Daizen Maeda set up Abada. The winger hit the inside of the post and Furuhashi netted the rebound.

The home fans made some half-hearted penalty appeals in the second half but some of them would have been back home by eight o’clock after leaving early as Celtic cantered home.