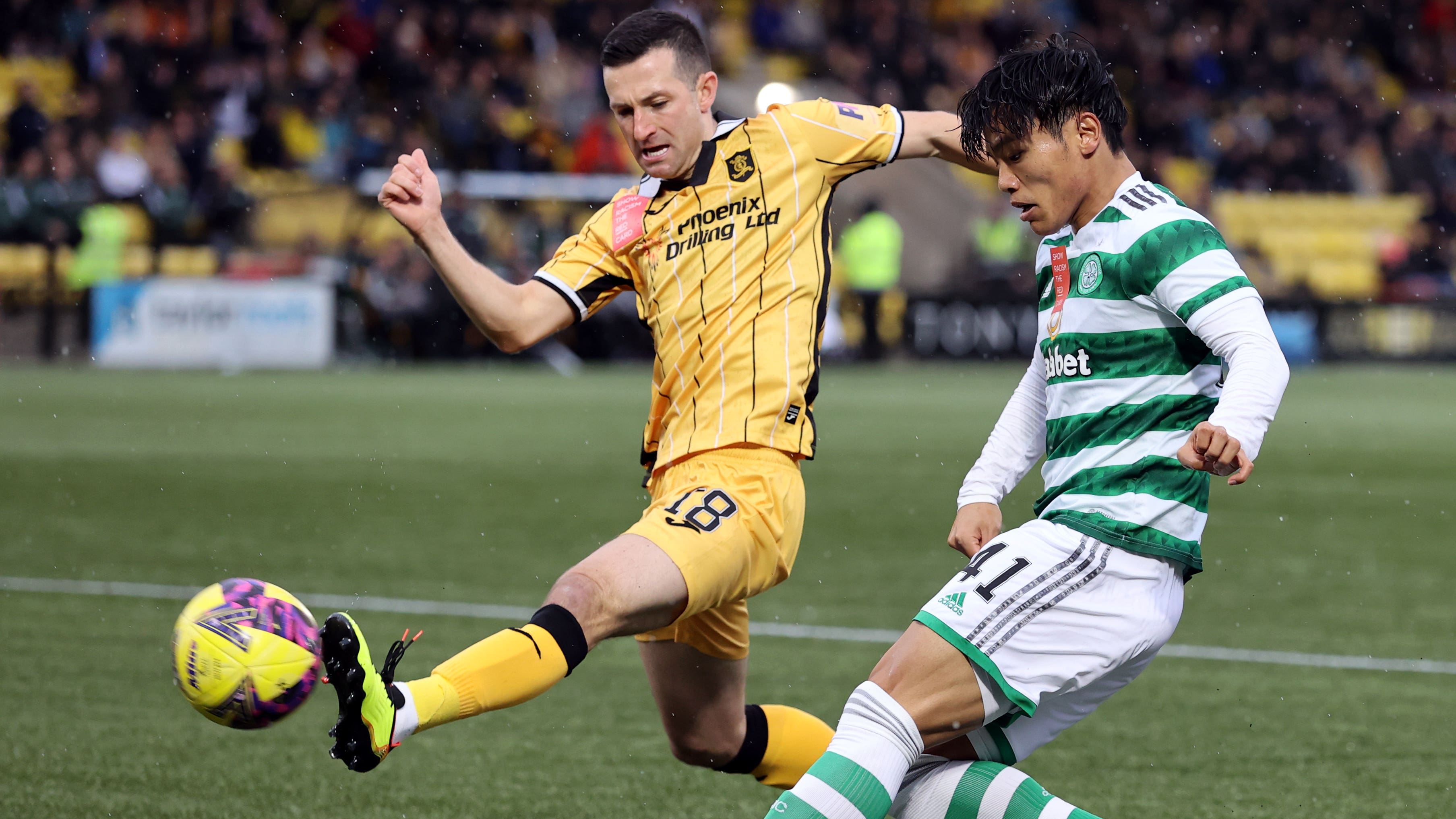 Jason Holt is set to face St Mirren on Wednesday after Livingston appealed against his “ridiculous” red card from Saturday’s defeat by Hibernian.

The 29-year-old midfielder was sent off for a 14th-minute challenge on Kevin Nisbet while the Easter Road clash was deadlocked at 0-0, and the hosts duly capitalised on having an extra man to run out 4-0 winners.

Referee Craig Napier’s decision to send Holt off has been widely questioned, and Lions manager David Martindale was stunned that VAR did not intervene.

“I think it was a ridiculous decision,” said Martindale, reflecting on the situation on Tuesday. “The referee’s got it wrong, fair enough, but then at that point VAR’s got to kick in.

“That’s what VAR’s for, to get game-changing decisions right, so I’m really disappointed and frustrated that the referee never had the opportunity to go and look at the monitor.

“If people sitting in the offices at VAR, with six different camera angles, are saying that’s a red card, I think we’ve got a huge problem.

“In real time, I genuinely thought it was a yellow card but watching it back from two camera angles, it’s not even a foul. It was highly disappointing and frustrating. VAR got misused on Saturday.”

Martindale said he felt “duty-bound” to lodge an appeal against the decision with the Scottish Football Association, which will free up Holt to face St Mirren on Wednesday before his case is heard.

“If I thought there was anything (bad) in that challenge, I probably wouldn’t appeal it, but after looking at it, I have to appeal it for Jason and the football club. Hopefully it comes out with the correct decision.”

Joel Nouble is battling to prove his fitness in time for Wednesday’s match at home to a sixth-placed St Mirren side who are just a point above the Lions. The key attacker has missed the last two games with a knee issue.

“Joel’s progressing very slowly,” said Martindale. “There’s a possibility he will be available for tomorrow but I’ve probably got a decision to make in terms of whether to rush him back or wait until the next game.”