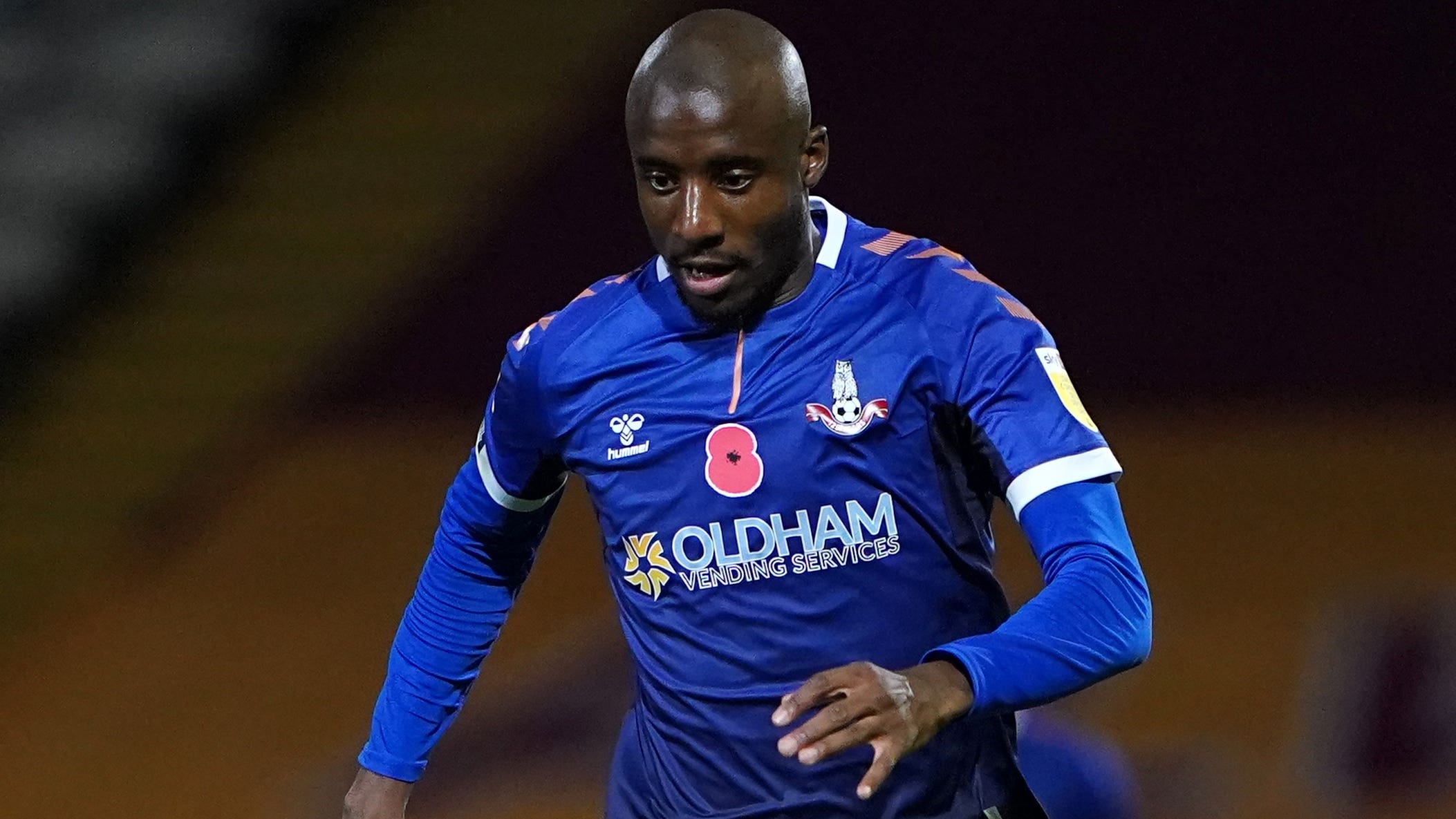 By By Anthony Brown PAOctober 15, 2022No Comments

David Martindale heaped praise on Livingston match-winner Dylan Bahamboula after work on the training ground paid off against St Johnstone.

The 27-year-old Congo international notched the only goal of the game at the Tony Macaroni Arena when he stepped in from the left and saw his shot deflect in off Saints defender Andy Considine.

It was Bahamboula’s first strike since joining the Lions in the summer following his exit from Oldham.

“We worked on Dylan coming in on his right foot and it worked,” said the Lions boss.

“That’s why he came over to the dugout after he scored because I have been working with him on that since he arrived.

“He has so much ability and I have a lot of time for him.

“Dylan is a player who, if he applies himself properly and gets his numbers, won’t be here very long.

“He is an exciting player in the opposition half, but when he’s in our half he makes me very nervous!

“It’s all about getting Dylan to know where to play and when to play.”

The result lifted Livingston from eighth to fifth in the cinch Premiership.

St Johnstone remain ninth, just a point above the bottom three, and manager Callum Davidson rued his team’s inability to build on a positive start which included a couple of Stevie May chances and a James Brown shot that crashed down off the underside of the bar.

“When you come here it’s always a tough game, but we had chances in the first half,” said the Saints boss.

“The first goal is always crucial against Livingston and they get it with a deflection. We had a missed couple of good chances before that.

“Then we lost our way in the second half for 15 or 20 minutes. It wasn’t until the last 20 minutes when we started to apply a bit of pressure.

“By that time, it is tough to chase the game.”

Asked why Saints lost their way, Davidson said: “I have no idea. You come here and it’s a difficult place to come. Livi make it difficult – they can just shut up shop. The first goal is always important here and we didn’t get the first goal today.”

Saints players claimed Brown’s early strike crossed the line after hitting the bar, but Davidson declined to make a big issue of it.

“I don’t know,” said Davidson when asked if he thought it was in. “It’s one of those ones, but we had other chances as well. I want us to be a little bit more positive and ask questions of their defence. We didn’t do that.”