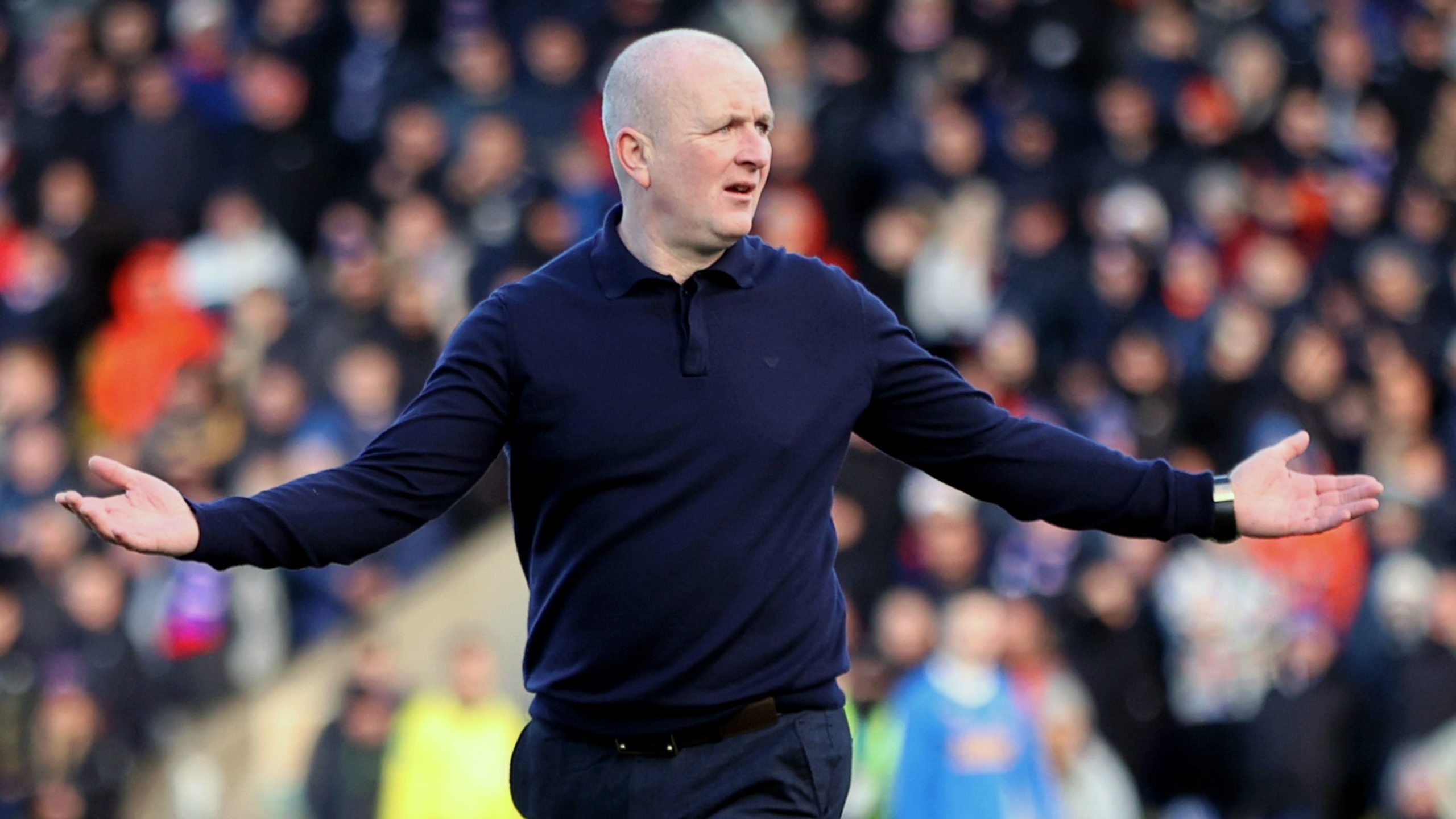 By By Ronnie Esplin PAAugust 20, 2022No Comments

The home side were starting to shade the second half of a hard-fought cinch Premiership encounter before referee Nick Walsh awarded them a spot-kick in the 67th minute for a Cristiano Montano handball.

Dutch striker Kevin van Veen slammed in from 12 yards for his third goal in four games and then Livi substitute Dylan Bahamboula was sent off in the 77th minute for picking up the second of two yellow cards to seal a miserable day for the West Lothian side.

VAR is set to be brought into the Scottish game before the end of the year but that is not nearly enough for Martindale.

He said: “I don’t think it was a penalty. All our players are adamant it wasn’t and I’ve spoken to Cristian.

“I don’t think it was Nick that gave it because, if it was, he would’ve given it straight away.

“But he can’t see because he’s got the same view as me because we are behind the ball.

“Cristian is at the front post, he throws his arm away and the ball hits his abdomen, the bottom of his chest and goes out.

“There’s a bit of a delay and I thought they were debating whether it was a corner or a goal-kick.

“The quicker we get VAR into Scotland the better. We’re talking three points for Motherwell and none for Livingston due to what is a bad decision.

“I don’t think it was a hard one to get right. Watching it, I don’t know how Motherwell players could say it was a penalty.”

However, Martindale did not gloss over his side’s shortcomings.

He said: “That wasn’t like us. Everything that got us success in the previous three games was missing.

“It was as if we needed just to turn up and it was going to happen. Motherwell outfought us, looked hungrier, outworked us, outran us.

“Neither keeper had much to do, Motherwell shaded the 90 minutes overall.

“But to lose it to a poor penalty decision is disappointing.”

On the sending-off, the Livi boss said: “Going with my gut, I think Dylan has probably been silly going in for the tackle. His foot was high but I never saw the contact but he gave the referee a decision to make.”

Motherwell boss Steven Hammell had to gee up his players at half-time but after no initial improvement he brought on Josh Morris and Joe Efford for Connor Shields and Dean Cornelius in the 53rd minute and his side began to gain the upper hand.

However, the former Well academy director claimed he was going to throw attackers onto the park until his side posed more of a threat.

“I would have put every single attacking player onto the pitch as subs until we saw more of a threat in the final third,” he said.

“We weren’t doing enough in dangerous areas but from middle to front we weren’t causing them enough problems.

“I don’t think Liam Kelly had a save to make in the entire game.”