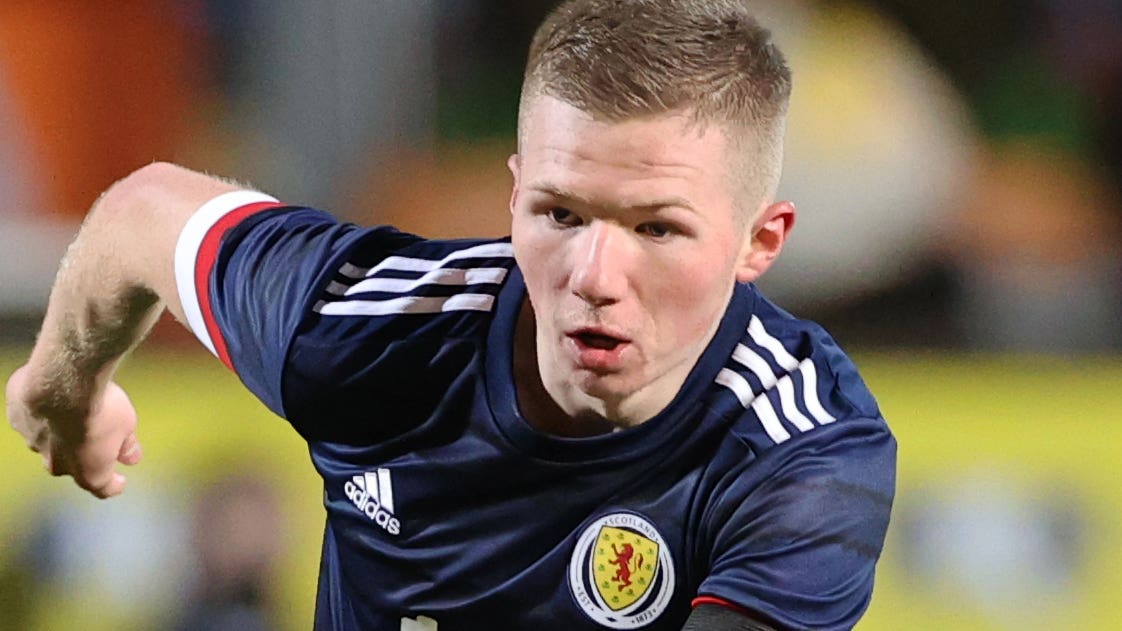 Livingston are ready to hand a debut to new signing Stephen Kelly in Saturday’s cinch Premiership match at home to Hearts.

The 22-year-old former Scotland Under-21 international joined the Lions on deadline day on a three-year contract for an undisclosed fee from Rangers and David Martindale is excited about the energy and creativity he will bring to his team’s midfield.

The Livi boss declared Kelly “good to go” for this weekend’s match in West Lothian.

“Stephen’s very creative,” said Martindale. “He’s got good energy and good legs but he’s very good on the ball. He’s a bit younger than what we’ve already got in midfield. He likes to play between the lines.

“We’re bringing in an attacking midfielder who has good vision, looks after the ball and is a goal threat. He’s got a cultured right foot for his age and a fantastic set-piece delivery.

“He’s only 22 but he’s played around 80 first-team games and he’s represented Scotland right up to under-21 level. We’ve shown our commitment to Stephen and he’s shown his commitment to us by signing a three-year contract so he’s a player I’m really looking forward to working with.”

Meanwhile Livingston attacker Esmael Goncalves insists he has no problem about coming up against former club Hearts for the first time since he spoke out about experiencing racism from a minority of the Jambos support during his year-long stint there.

The Guinea-Bissau forward – who left Tynecastle in 2018 – was also the target of a racist tweet from a Hearts fan when his arrival at Livingston was announced in May.

“No, I don’t have any worries,” he said ahead of this weekend’s match.

“I did an interview before and I said I don’t think every Hearts fan is racist. There were some people but it’s not everybody and I know that.

“I think I had a good spell there even though there was a small incident but I don’t keep it (the bad feeling) in my heart. I love Hearts fans so there is no problem there.

“I think I will get a good reception from the Hearts fans. I left with a small incident but I don’t think it will be a bad reception at all.”

Goncalves feels he is getting back towards peak fitness after arriving at Livingston in poor fettle.

“It’s amazing to be back in Scotland,” he said. “I’ve been at St Mirren and Hearts before and I love it here. I love Scottish football.

“When I arrived at Livingston I was really out of form. But the staff here have been helping me get in shape and I am much better now.

“I don’t think I’ve been this good with my body for about three or four years so I’m really happy.”