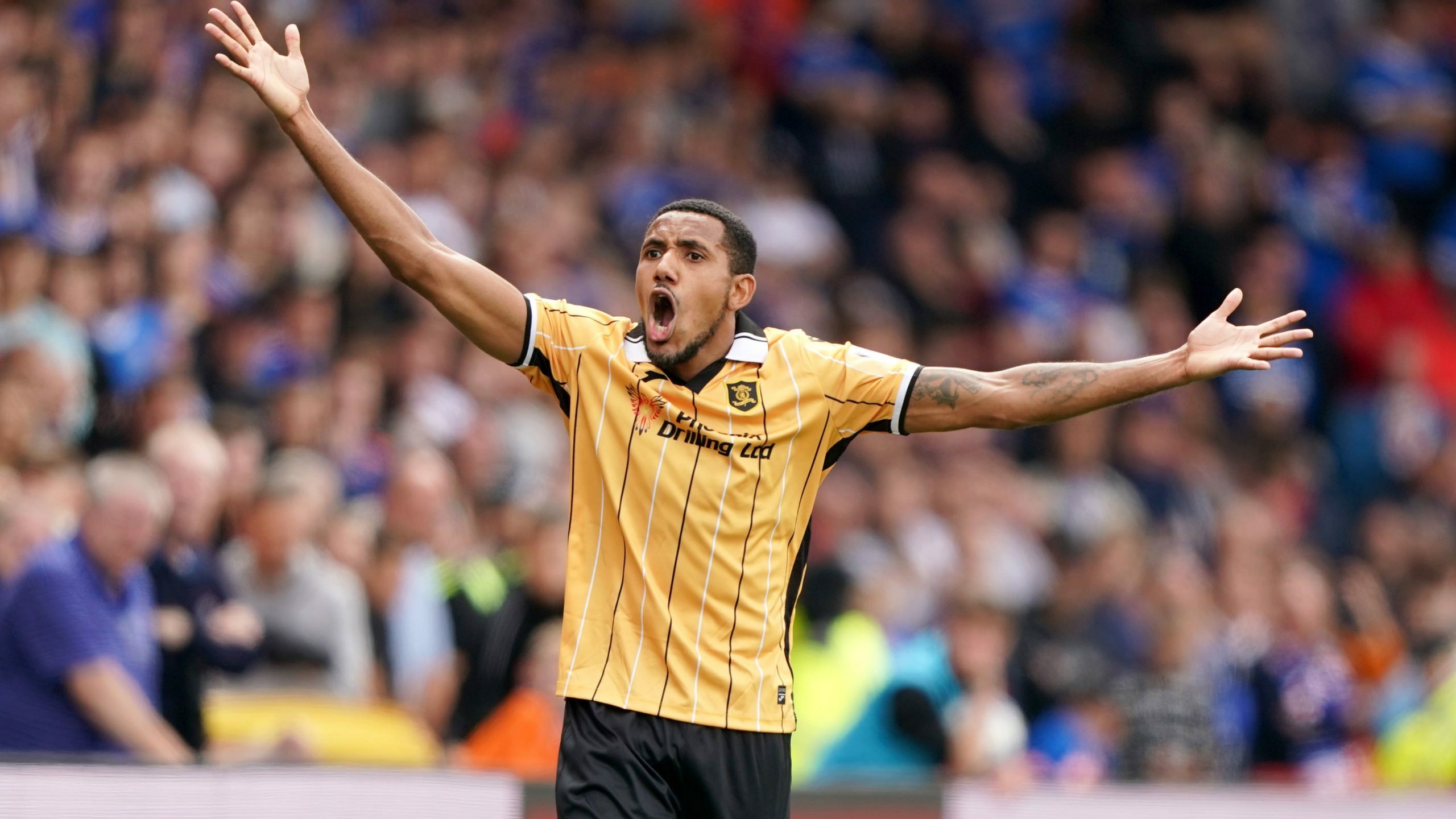 Livingston up to third after Cristian Montano header

Livingston moved up to third in the cinch Premiership after Cristian Montano’s goal was enough to secure a 1-0 win over Kilmarnock at the Tony Macaroni Arena.

The Colombian headed home in the 25th minute to take his tally for the season to three and hand the Lions three successive league home wins for the first time since February 2020.

It was no less than they deserved as the West Lothian side celebrated a third consecutive victory over their Ayrshire opponents for the first time in their history.

David Martindale made two alterations to the home line-up with Kurtis Guthrie in for Esmael Goncalves while James Penrice dropped out for Dylan Bahamboula.

Meanwhile there were four changes to the Kilmarnock side which lost to Hibernian last time out.

There was a debut for Christian Doidge in attack following his loan move from Hibs while Zach Hemming returned from injury to make his first Premiership start of the campaign.

Jeriel Dorsett replaced the suspended Ash Taylor in defence with Rory McKenzie selected ahead of Oli Shaw but they were unable to halt the powerful hosts.

Montano created the first opportunity of the match after 10 minutes as his clever wing play set up Stephane Omeonga but he fired over the bar to the relief of Hemming and the Killie defence.

After failing to make the most of several set-play opportunities, Livi eventually made one count. Sean Kelly’s corner from the right was met by Montano, who escaped the attention of his marker to head into the net.

Jason Holt came close to doubling Livingston’s advantage minutes later but Joe Wright was on hand to make a vital block yards from the line.

Having lost 10 of their last 11 away Premiership matches, Kilmarnock were struggling to create any clear-cut chances with Danny Armstrong’s run and cross as close as they came in the first period.

Lewis Mayo went into the book on the cusp of the break for a foul on Kelly while trying to connect with a bouncing ball in the Livingston box.

Killie made a triple change on the hour mark as Jordan Jones, Brad Lyons and Fraser Murray were introduced as the visitors looked to show more attacking intent.

But Livingston remained in control and Scott Pittman should have made the game safe in the 75th minute after Ben Chrisene slipped but the midfielder screwed his effort wide of the target when it looked easier to score.

Killie were still in the contest and Mayo squandered a glorious chance to equalise as he failed to place a free header on target from the centre of the box.

That miss proved to be costly as Livingston closed out the match while the visitors head into the international break without a goal or a point on their travels so far this season.