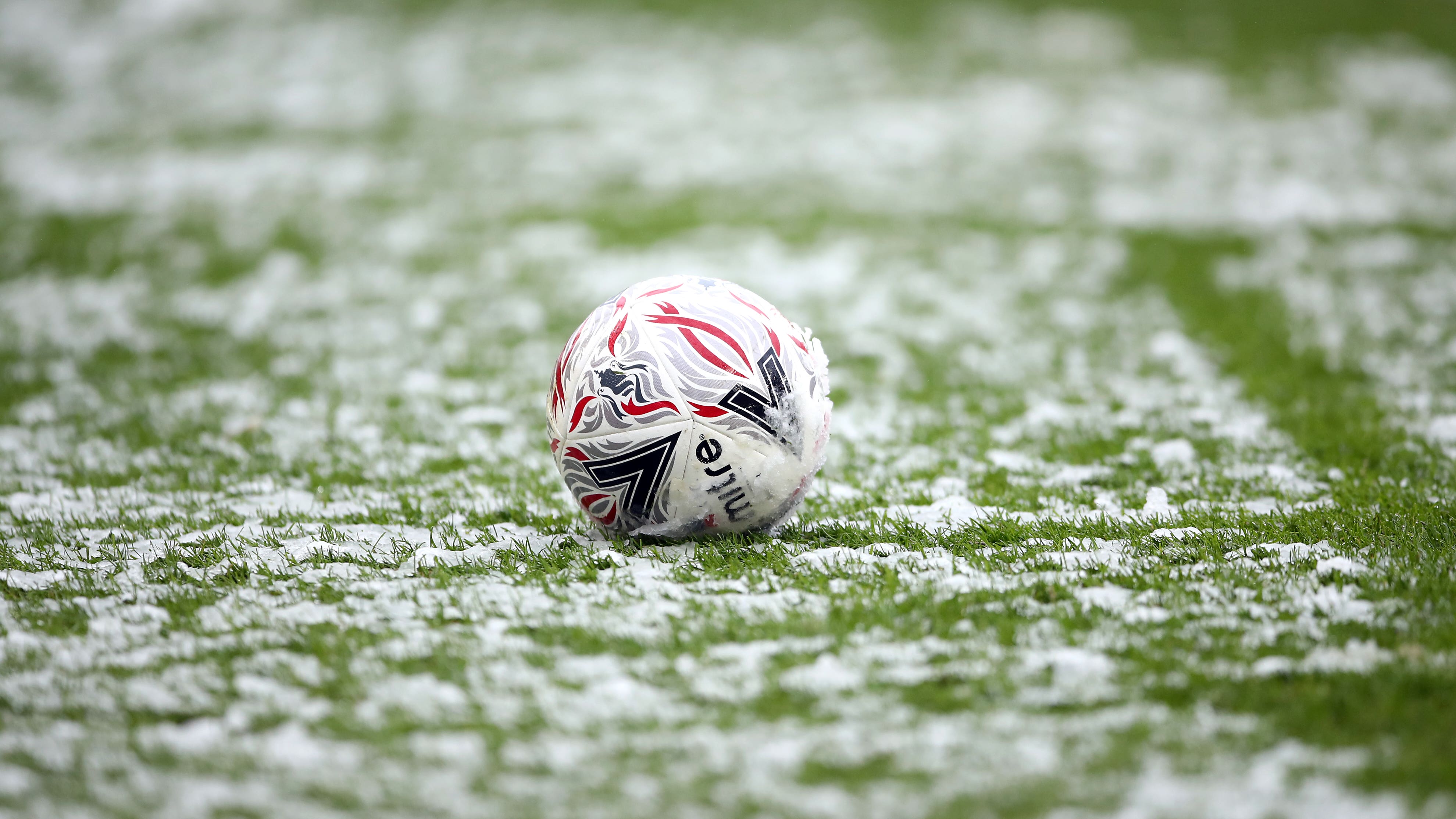 Fixtures across the English Football League have fallen victim to the icy conditions that have swept across the United Kingdom.

Luton’s clash with Millwall on Sunday is the only Sky Bet Championship match to have been postponed because of a frozen pitch, but the lower divisions have fared less well.

In League One, Peterborough United’s showdown with Shrewsbury Town has also been called off because of an icy surface.

Four games in League Two have succumbed to the cold weather with Hartlepool, Tranmere, AFC Wimbledon and Stockport County forced to postpone their outings on Saturday.

The Scottish Premiership has also suffered after Motherwell’s meeting with St Mirren was called off because of the weather.

With snow forecast to fall on large parts of the UK this weekend, more fixtures are expected to be lost.