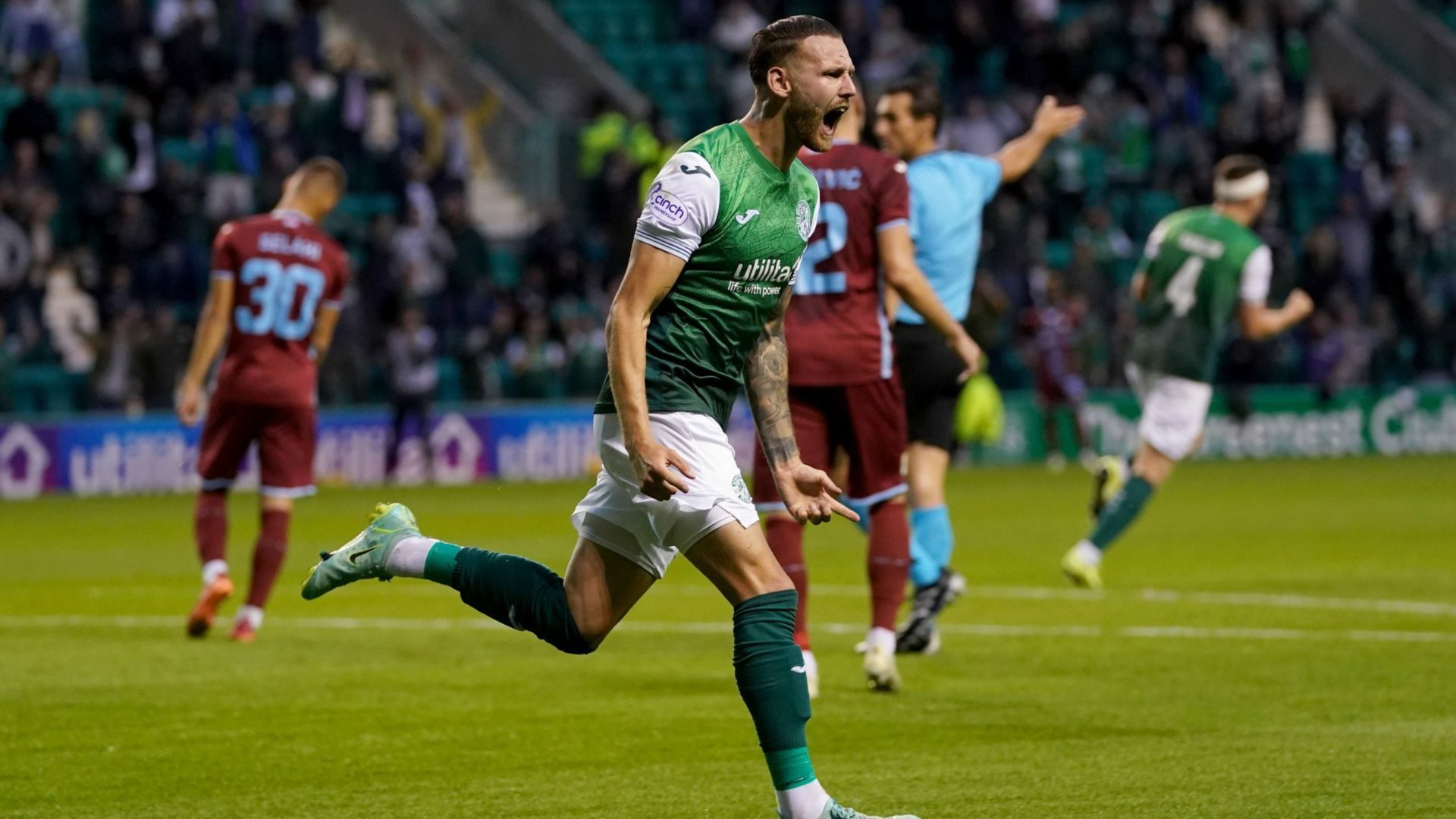 By By Anthony Brown PAAugust 7, 2022No Comments

Fans’ favourite Martin Boyle enjoyed a fairy-tale return to Hibernian as he stepped off the bench to score a 95th-minute equaliser against city rivals Hearts at a full-house Easter Road.

Lawrence Shankland’s first competitive goal for the Jambos looked like it was going to be enough to secure a third Edinburgh derby victory in succession for the visitors.

But Boyle, who signed for the Easter Road club on Saturday just seven months after leaving in a lucrative transfer to Saudi Arabian side Al Faisaly, struck with the last kick of the game, sparking a mini pitch invasion from the jubilant home support.

Hibs boss Lee Johnson made one change to the team from the opening-day win at St Johnstone as Josh Campbell, who got the winner at McDiarmid Park, replaced the suspended Jair Tavares.

Hearts made two changes to the side that started the campaign with a victory over Ross County, with Liam Boyce and Jorge Grant replacing Toby Sibbick and Nathaniel Atkinson.

After a typically frantic opening to the game, Hibs had the first notable attempt of the game in the 10th minute when Marijan Cabraja released Elie Youan with a ball down the left channel and the French striker saw an angled shot beaten away by Craig Gordon as he burst into the box.

The hosts had another opening two minutes later as Chris Cadden flashed a brilliant low delivery across the face of goal which just eluded Elias Melkersen and Ewan Henderson in the six-yard box.

Hearts’ first chance came in the 17th minute when Shankland saw a shot from just inside the box deflected over by Rocky Bushiri after he was played in down the left by a Barrie McKay pass. Moments later, Craig Halkett headed over from a Grant cross.

Having felt their way into the game, the visitors took the lead in the 21st minute with some sublime attacking play. McKay clipped a lovely pass over the top to Shankland, who brought the ball down brilliantly on his chest before getting away from Nohan Kenneh and deftly prodding it through the legs of David Marshall from 10 yards out.

Shankland then made a decisive intervention at the other end on the half-hour when he hooked the ball out from just in front of his own goal-line after Kenneh met Joe Newell’s free-kick at the back post and steered it beyond Gordon.

Moments later, Newell shot over after being set up just inside the box by a Henderson cut-back.

The hosts went even closer to an equaliser in the 33rd minute when Youan glanced a header goalwards from Melkersen’s cross but Gordon pulled off a superb instinctive save to keep his team in front.

Hearts started the second half on the front foot and McKay had a good chance to break free of the home defence within a minute of the restart, but Ryan Porteous got back to make a vital interception on the edge of the box.

A minute later Marshall had to pull off a double save to deny Shankland and McKay in quick succession, with the former Scotland keeper’s second block particularly impressive.

Hibs, in need of inspiration, introduced Boyle for his second debut for the club as a 62nd-minute replacement for Campbell. The move temporarily ignited the crowd, although one member of the home support let themselves down when visiting left-back Alex Cochrane appeared to be struck by an object thrown from the East Stand while about to take a throw-in.

Hearts continued to be the more dangerous side and Grant saw a low shot saved by Marshall in the 72nd minute before sub Atkinson had a 79th-minute strike blocked by Bushiri after McKay released Boyce down the right.

The visitors looked like they were about to see the game out before Boyle latched on to a Youan cut-back and drove home the equaliser.