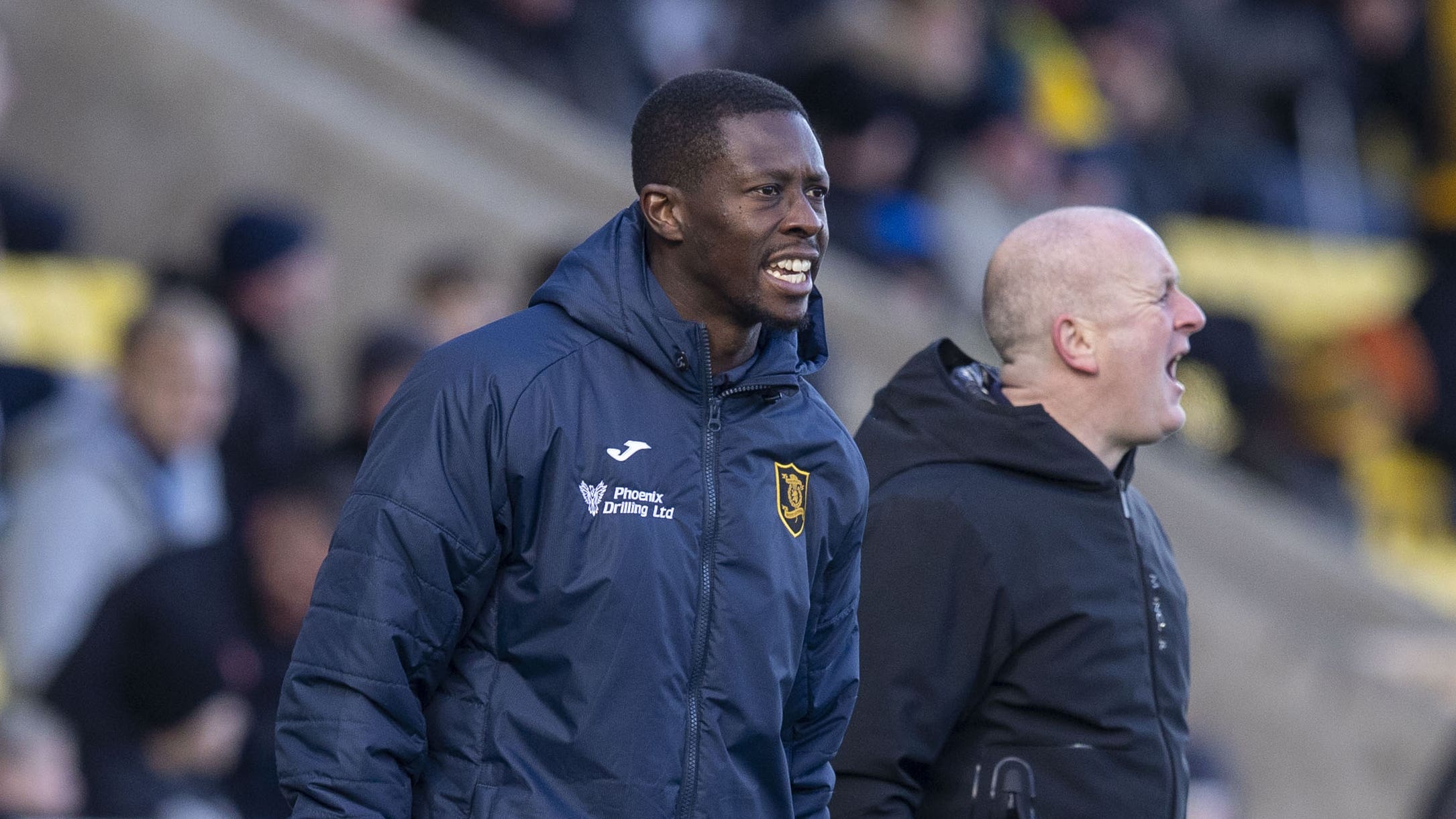 Marvin Bartley will be a ‘big miss’ for Livingston, says defender Jack Fitzwater

Jack Fitzwater admits Marvin Bartley will be a “big miss” after he left his role as Livingston assistant to take charge of Queen of the South this week.

The 36-year-old was a huge presence at the West Lothian club over the past three and a half years – initially as a player and then as a coach – but has now branched out into management at cinch League One club Queens.

Former Scotland defender Christophe Berra has since been added to David Martindale’s coaching staff as a first-team coach, with 31-year-old Neil Hastings stepping up to replace Bartley as assistant.

“Marvin’s played a massive part here,” said Lions defender Fitzwater. “I was lucky enough to play with him in his last season before he turned to coaching and he was a massive part of the dressing room then.

“It was a seamless transition when he went into the coaching side. He’s been massive. He’s been working with all the defenders and taking the defenders’ meetings and stuff, so he’s been big for me and a lot of the boys in the dressing room.”

The players found out Bartley was leaving when it was announced in the dressing room immediately after last weekend’s 2-0 win away to Ross County.

“After the game obviously we’d just won and it was a good atmosphere, and then the gaffer called Marv up (to reveal the news),” said Fitzwater. “No-one had a clue it was going to happen.

“I just wish him all the best in his new job. He’s a real coach who gives you great insight. He can be your best mate but he can also criticise you.

“He’s got a good way of man-management about him. I’ve got no doubts he’ll go and smash it at Queen of the South. He’ll be a big miss.”

Livingston are one of several clubs in the mix to finish in the top six this term. Fitzwater is hoping they can strengthen their position in the top half by following up last weekend’s victory with another away win at St Johnstone.

“You can see it’s a competitive league, even more so than last season,” said the centre-back. “There are at least five or six teams who are pushing to try and get in the top six so every game’s massive.

“We got a point against St Mirren and Motherwell and three points against Ross County so it’s a decent return from our last three games. Obviously we’d have wanted more but we went up to Ross County and were brave and showed what we’re about, and we’ve got to do that again against St Johnstone.

“I think it will be a similar type of game to our recent games against St Mirren, Motherwell and Ross County, where there won’t be a lot in the game and you’ve just got to do all the ugly things right in the game and hope your quality can shine through.”