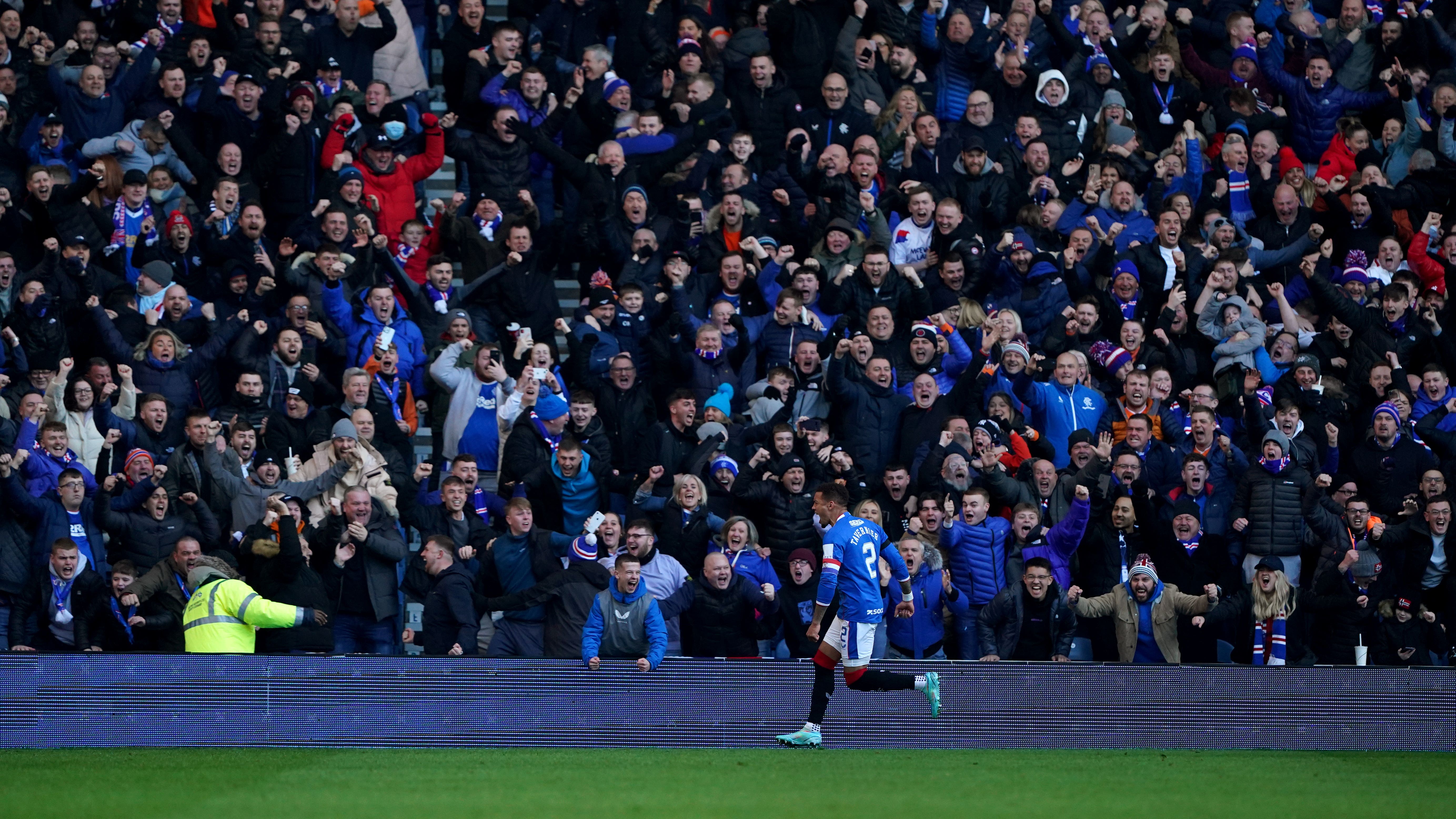 Michael Beale called on his Rangers players and their fans to keep the Ibrox atmosphere rocking as he took the positives from their draw with Celtic.

The home team had the supporters bouncing after goals from Ryan Kent and James Tavernier in the first eight minutes of the second half on Monday cancelled out Daizen Maeda’s early opener.

The stadium was largely silenced when Kyogo Furuhashi struck in the 88th minute to seal a 2-2 draw and allow Celtic to retain their nine-point lead in the cinch Premiership.

But Beale feels his Rangers side can take confidence from their performance and he stressed they will be stronger soon with players coming back from injury, including Antonio Colak, Kemar Roofe and Ridvan Yilmaz.

“That’s exactly what we want Ibrox to be like – the fans in the stadium excited and up and cheering the team, and the players jump in with that,” Beale told Rangers TV.

“We need to maintain that and we need to have that every single game here because that makes us a much stronger team and a much stronger club when it’s like that. The atmosphere was fantastic.

“I thought it was a good game, two teams went head to head and there was nothing in it. If anything, we should be more clinical and then maybe we go away with the three points.”

Beale, who had won his first four games in charge before the derby, added: “We are no further behind than we were four or five weeks ago. In our mind we know that if we play at the level we can we will win a lot of football matches. There were loads of positives.

“We were playing without Antonio, Kemar, Tom Lawrence, Ianis Hagi, without Ridvan.  There’s a lot of players, John Souttar, that can come in and help this team and make the squad stronger. I am looking forward to getting them back in the next month.

“January is a huge month for us as a football club, there are a lot of big games, a lot of tricky games but we have to stand tall and show our level now moving forward.

“I thought it was a decent performance. I am disappointed with the result but there were a lot of things in there for me to be positive about.”

With Celtic hosting Kilmarnock on Saturday, Rangers could be 12 points adrift before they travel to Tannadice to take on in-form Dundee United on Sunday.

“I’m looking forward to that, it will be another tough game,” the Rangers manager said.

“The disappointment of this result will linger for a little bit, we have got to keep moving forward.

“I have only been with the group again for four or five weeks. We are showing good signs and we have got to drive the standards more and more, we have got to want more from each other every day.

“It starts in training, starts with standards, and then the performances and results will follow that.”