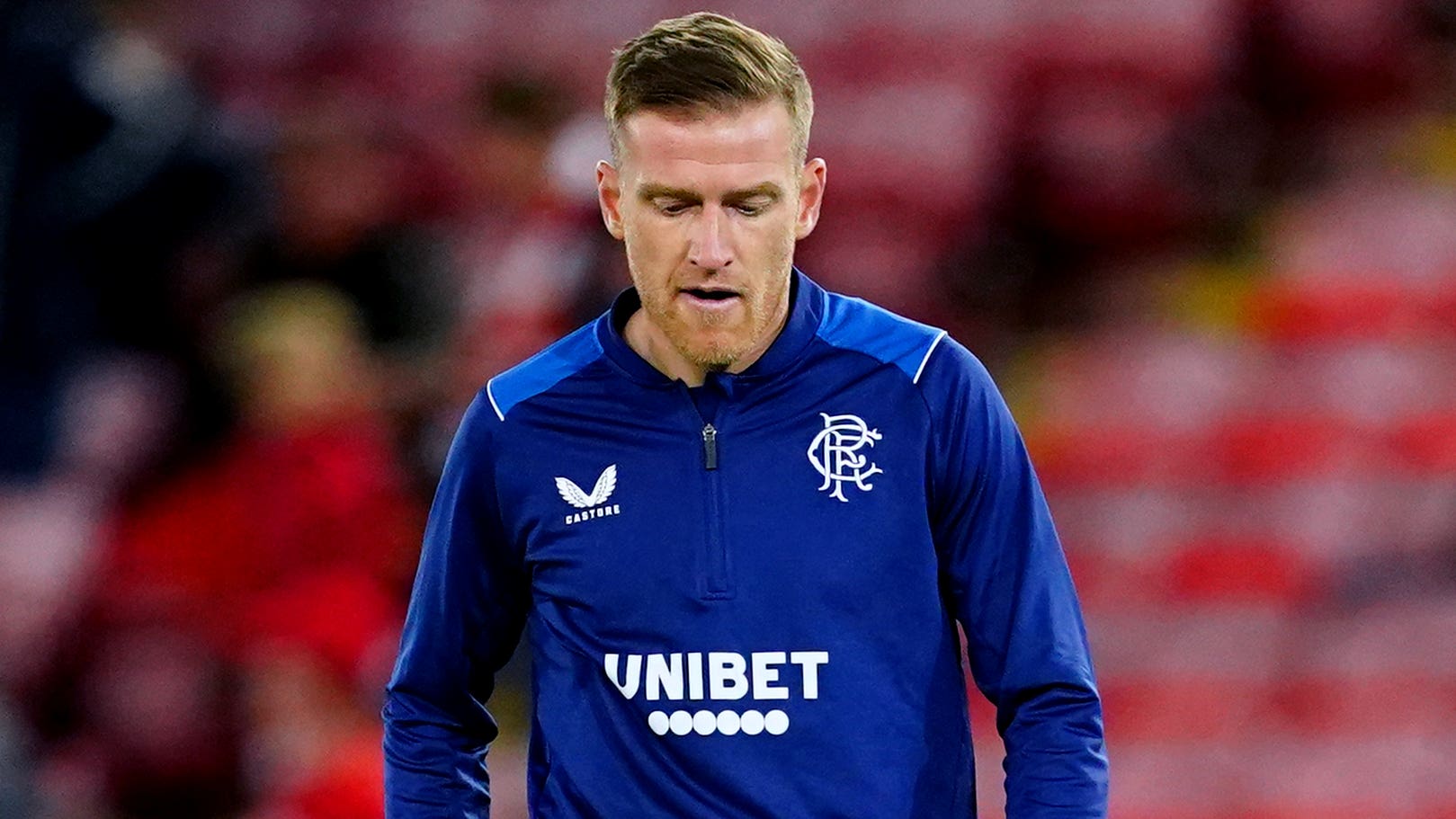 By By Ronnie Esplin PADecember 27, 2022No Comments

Michael Beale is “devastated” by the season-ending injury to Steven Davis but insists the veteran Rangers midfielder’s time at Ibrox is not necessarily over.

The 37-year-old Northern Ireland international, out of contract at the end of the season, will undergo an operation in the New Year.

Davis’s last appearance in Light Blue came as a substitute in the 3-2 win over Hibernian on December 15 but Beale believes he may still have more to offer the Govan club.

“It is a huge blow,” said the Gers boss, who revealed that strikers Kemar Roofe and Antonio Colak, goalkeeper Allan McGregor and defender Borna Barisic are back and available for the visit of Motherwell at Ibrox on Wednesday night.

“I have been devastated since it happened. It didn’t look good at the time but we had to let the swelling go down and him to go for a scan and then let Steven process the results.

“I believe he will have it operated on in early January and then we will sit and talk.

“We have a plan for Steven, moving forward he is someone we want to have in and around the club as a player then helping him in his second career if he chose to go down that route. That was already in discussion.

“Only Steven Davis will make the decision on his future.

“He has got to have the operation and what the surgeon says and then he will decide what he will do next.

“Knowing Steven, I think he will want to continue to play and I think he can still play.

“It is a huge loss for me personally. It is a real disappointment. He was going to be a key player for me between now and the end of the season. I am gutted for Steven more than me.

“My view on it, seeing him in the two or three weeks I was back, I think he still has at least 18 months left at this level.

“I always said he had 27-year-old legs and I am not backing down on that at the moment – let’s see.

“The most important person is Steven so until he talks we will all just support him through having an operation and see where it takes us.”

Beale, who has won three out of three as Ibrox manager, is pleased to see his squad getting stronger by the week.

Barisic has returned from the World Cup with Croatia and McGregor was ill and missed the 1-0 win over Ross County in Dingwall on December 23.

Roofe has not played since October while Colak has missed the last four games, both players with unspecified injuries.

Former Hearts defender John Souttar has been out since picking up an ankle injury on his debut at Livingston in July and he is on the mend.

The former Gers assistant coach said: “Roofe and Colak have trained. Now it is up to me whether I select them in the squad or not.

“It is fair to say they are obviously not 100 per cent fit. In Kemar’s case, he has been out a lot longer than Antonio but they have both trained the last two days which is pleasing.

“It is just a case of if I need them now or I can top them up before what is a big January for us.

“I believe John Souttar is not a million miles away, we will see him at the back end of January which is great news. He is out on the grass, not with the team but he is in a good place and I am delighted.

“Allan is back, he is fine. He just had the sniffles like one or two players and staff. Borna has trained the last two days, he looks in a great place.

“We are slowly but surely getting back to where we want to be in terms of having players available.”