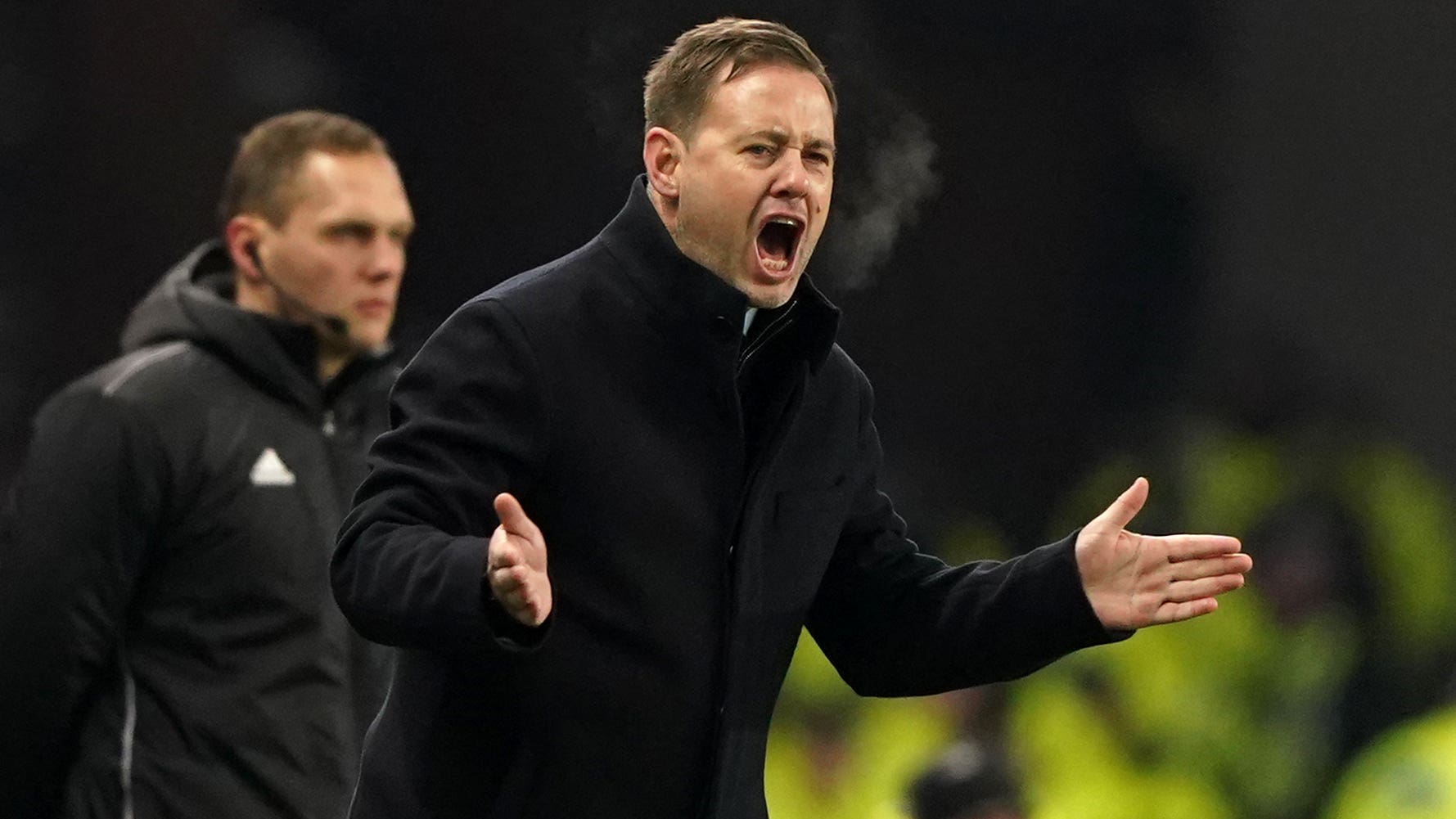 Michael Beale: No disrespect intended in referring to Celtic as ‘other team’

By By Ronnie Esplin PADecember 19, 2022No Comments

Rangers boss Michael Beale insists he meant no disrespect after previously referring to Celtic as the “other team.”

The former Gers assistant coach, who returned to Ibrox last month to take over from Giovanni van Bronckhorst, was speaking at the pre-match media conference for the cinch Premiership game against Aberdeen at Pittodrie on Tuesday night when he brought up the subject which had clearly irked him.

“The other day I used the term ‘other team’,” said the former QPR boss, who welcomed centre-backs Connor Goldson and Leon King back into the squad while revealing veteran midfielder Steven Davis will go for a scan after “a landing in training.”

“I am new back in to the country. I didn’t get where I am by being disrespectful to anybody.

“I was asked a question about being nine points behind (Celtic) and I said we have to win and the other team has to lose some. That wasn’t in any way disrespectful.

“I have no issue with naming the other teams, Celtic, Aberdeen, Hibs, whoever it is. No way am I ever going to be disrespectful.

“Between now and the end of the season, we have to win every game, including three Old Firm games, and pick up the goal difference, to get in front. We know it is a tough ask.

“What Ange Postecoglou has done in his time is very impressive, it is important we get back on the journey that I had with Steven (Gerrard) and we become impressive again as well.”

Experienced centre-back Goldson suffered a thigh tear against Liverpool in mid-October and, with King missing through illness and Ben Davies fit only for the bench, Beale had to start with midfielders John Lundstram and James Sands in the centre of defence in the 3-2 win over Hibernian last Thursday.

King has overcome his illness but striker Antonio Colak remains out with a knock.

“He (Goldson) is a strong voice as well,” said Beale, who won the club’s 55th title as assistant coach to Gerrard in 2021, before the pair subsequently moved to Aston Villa.

“I think we have seen that in the season where there were no fans in the stadium, all you could hear was Connor moaning but that is actually a good thing because he gives some personality to the team.

“Teams are generally quiet. He has probably played 99 per cent of the last 250 or 260 games, so, when you have a player so consistent in terms of selection and you lose him for four or five games, it does rock the squad. Especially when the other centre-half changes so much.

“So, we are delighted to have him back in the squad. Whether him and Ben are able to go full tilt for 90 minutes we will have to see.

“We have to recover the injuries. In my three and a half years here previously, we never had a situation like this.

“Last week, we probably had an 11 unavailable, as strong as the 11 we had on the pitch.

“That team (who won the league) was able to keep clean sheets consistently. This team needs to have that as well.

“It needs to learn how to grind it out and win ugly at times. It is important we improve defensively. I am happy to say I will have centre-backs in the team tomorrow.”