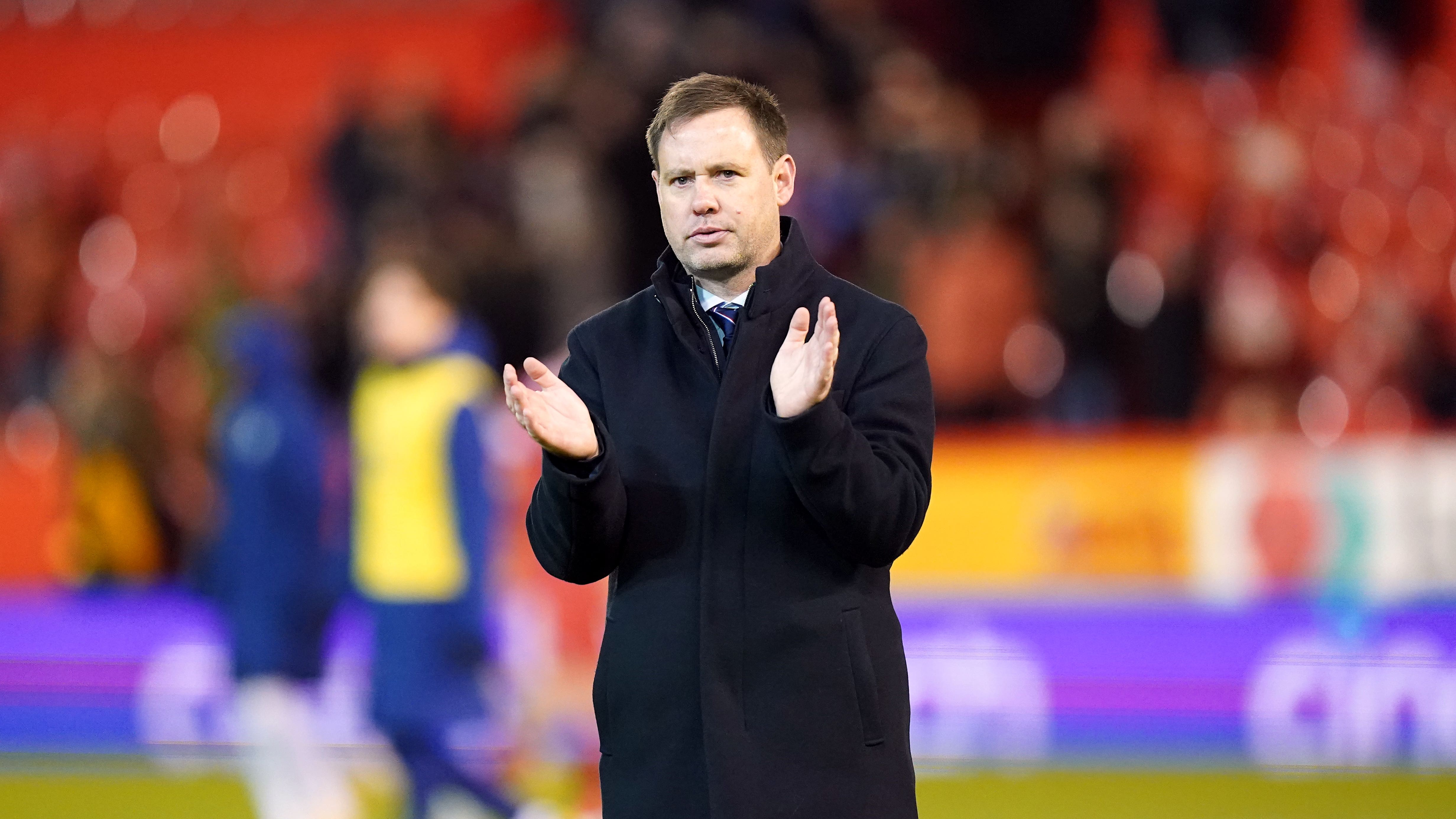 By By Ronnie Esplin PADecember 20, 2022No Comments

Michael Beale insists he will not be fooled by his Rangers side after a dramatic Scott Arfield double in added time gave them a stunning 3-2 cinch Premiership win over Aberdeen at Pittodrie.

The Dons fell behind to a Fashion Sakala goal after 12 minutes but goals from attacker Luis ‘Duk’ Lopes and midfielder Leighton Clarkson had Jim Goodwin’s side ahead going into seven minutes of added time – where second-half substitute Arfield scored twice to complete a remarkable turnaround.

It was Beale’s second game as Gers boss and a second comeback 3-2 win after beating Hibernian by the same scoreline last Thursday but he said: “I don’t want to be a party pooper to the players but they need to be better.

“They showed 10 out of 10 for character and mentality, especially at the end.

“I made the four subs and I asked us to gamble a little bit and I’m delighted Scotty has come up with two goals.

“Once something went wrong, we didn’t look like we were together at times and we made some simple mistakes.

“I was delighted we got the win as it looked, for a long time, we would get beat.

“The players have gone through some trauma over the past few weeks and months. We gave away a silly goal and when they scored the second we really struggled. But sometimes fortune favours the brave.

“I would say it was 10 out 10 for mentality and character and five out of 10 for performance. We need to keep improving.

“I’m delighted we won but Jim must feel sick as his team performed well.

“It is great that we have scored six goals in two games, I am over the moon with the two wins and I don’t want to sound downbeat, I just know that we have got work to do. It would be wrong of me to sit here and be dishonest about that.

“We have got no shortness of character and togetherness, I think at times we look a bit anxious and there are going to be some conversations about that.”

Aberdeen boss Goodwin was shellshocked by the defeat.

He said: “It is very hard to put into words. Probably too much emotion involved at the minute.

“I have never experienced anything quite like that in my career. It is a difficult one to process.

“I thought the boys were excellent for large spells tonight, and deservedly went in front just after half-time.

“I thought we were on the front foot and possibly looking like getting a third and when you get to those late stages in the game we need to just see it through, as simple as that. It is pretty much all I can say at the moment.”