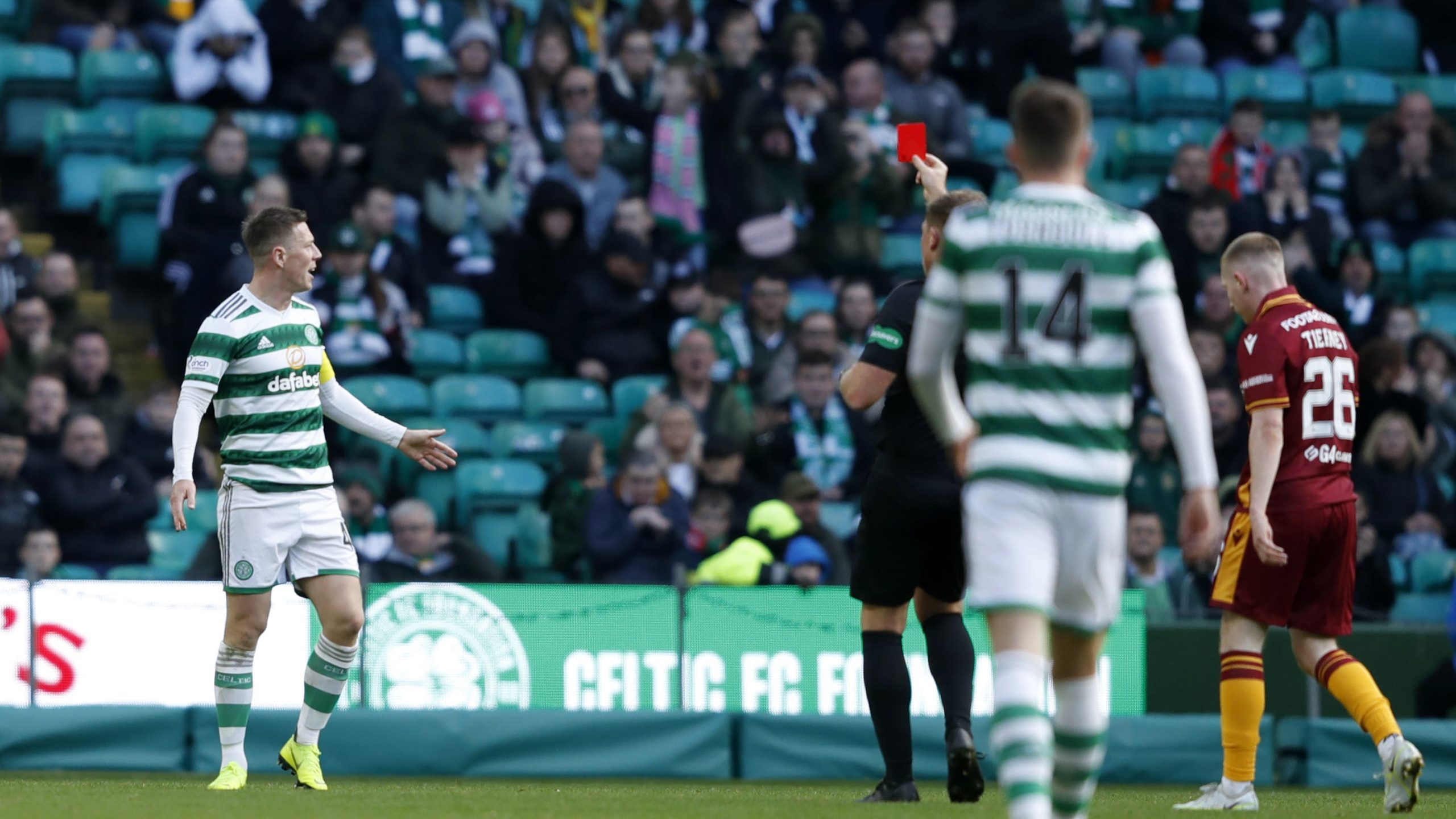 Missing McGregor and Greive reprieve – 5 things we learned in Scotland

By By Gavin McCafferty PAOctober 2, 2022No Comments

Celtic and Rangers both topped the table in the latest weekend of action in the cinch Premiership.

The Gers went top on Saturday lunchtime with a 4-0 win over Hearts before the champions regained pole position with a 2-1 victory against Motherwell.

Here are five other things we learned from Saturday’s fixtures.

Celtic will have to cope without Callum McGregor

The Hoops skipper will miss his first game in eight months after being sent off late on against Motherwell after denying Ross Tierney a goalscoring opportunity. McGregor does not miss many games – he returned to the team 11 days after fracturing a cheekbone in two places in January. The last game he missed was a defeat by Bodo/Glimt and Celtic only won one out of four matches when he had a hamstring injury in September last year. Aaron Mooy could step in for Saturday’s trip to Perth to face St Johnstone while Oliver Abildgaard made his debut as a very late substitute against Motherwell after being signed to provide cover in central midfield.

The Hibernian centre-back returned to league action in Dingwall after making a highly impressive Scotland debut in midweek to help Steve Clarke’s men to Nations League promotion. Hibs boss Lee Johnson subsequently claimed Porteous had been underpaid as he reflected on upcoming contract talks. But the 23-year-old showed focus to score the opener in a 2-0 win over Ross County.

No grief for Alex

St Mirren manager Stephen Robinson expressed his frustration on Friday morning that New Zealand striker Alex Greive still had not returned from international duty despite his Australian team-mates Ryan Strain and Keanu Baccus getting back to Scotland on Tuesday following the Socceroos’ friendly against the All Whites. All was forgiven when Greive came off the bench to hit a late winner against Livingston. “I gave him a little bit of stick when he came back, but it’s not quite a trip back from Belfast I suppose, it was from Auckland,” Robinson said. “He’s a great boy with masses of enthusiasm, so we’ll forgive him.”

The Tannadice board handed Liam Fox the manager’s job on a permanent contract during the international break after three games in caretaker charge. Fox had won one of those, in the Premier Sports Cup, but his home debut in charge ended in a 2-1 home defeat by Tayside rivals St Johnstone. United are still looking for a first league win of the season and stay bottom. “Let’s be clear, we are in a position where we need points – and we need them soon,” Fox said. “There is no hiding away from that.”

Ben Davies is ready to play his part for Rangers

Rangers fans had not seen much of the former Preston centre-back since his summer move from Liverpool but he made his first appearance in more than six weeks at Tynecastle and only his second Gers start. Sporting director Ross Wilson had revealed earlier that Davies had been hampered by a lack of pre-season training as Giovanni van Bronckhorst continued with American midfielder James Sands in central defence for much of the early part of the season. Helping Rangers post a first clean sheet in six games in  his first 90 minutes for the club will have given Davies confidence.