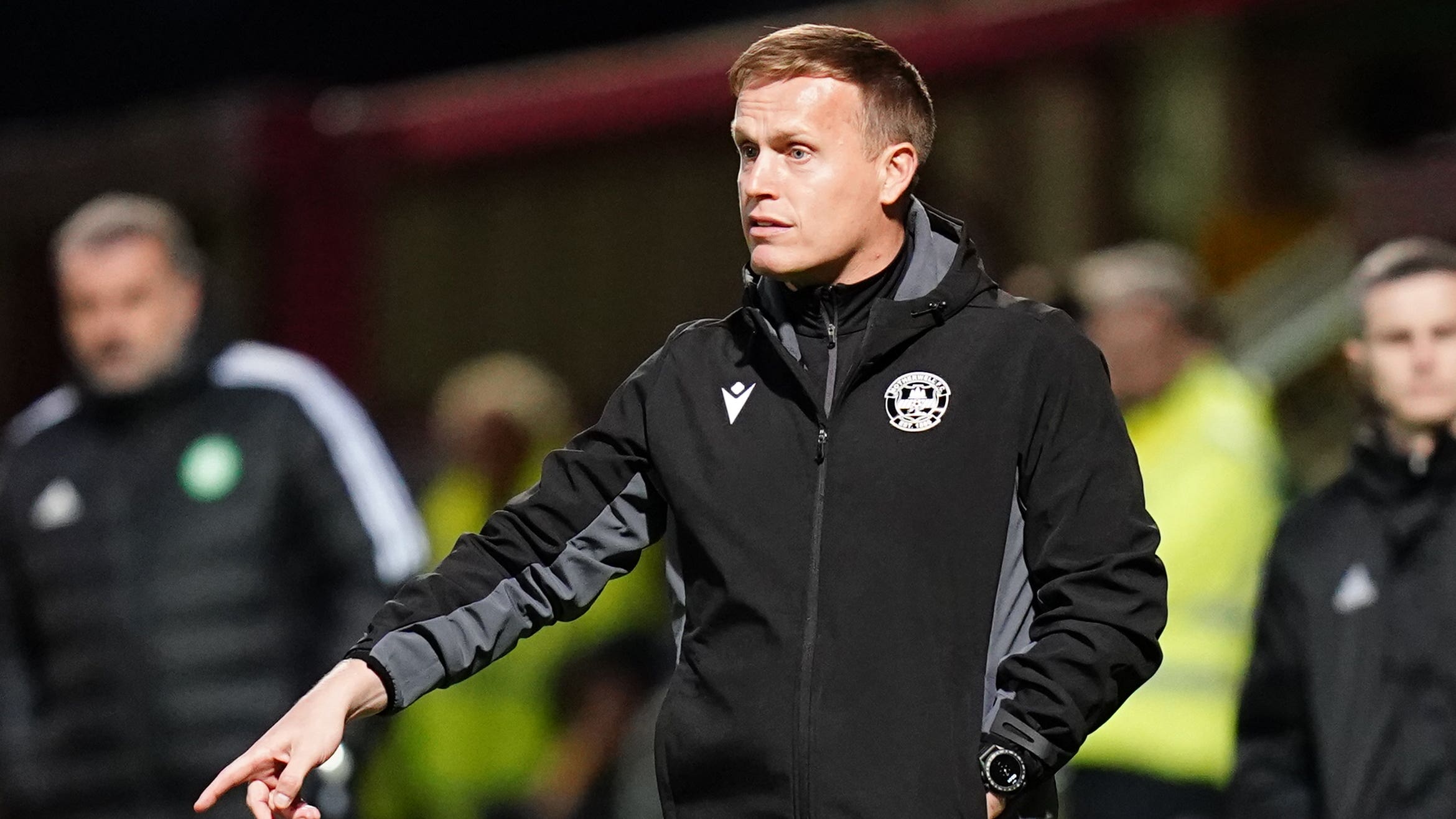 Steven Hammell praised his under-pressure Motherwell side for ensuring they did not fall victim to a Scottish Cup upset away to Arbroath on Saturday.

The Fir Park side are just three points off the bottom of the cinch Premiership after failing to win any of their last eight league games, so many predicted they may struggle against their Championship hosts at Gayfield.

However, two goals from French striker Mikael Mandron on his first start since joining from Gillingham earlier this month were enough to secure a 2-0 victory for the Steelmen as they moved into the fifth round.

“It wasn’t comfortable but we did what we needed to do,” said Hammell. “It was a mentality and an attitude test.

“It was a tough game, tough conditions, tough pitch but the players stood up to that and fully deserved the win.

“A lot of people probably had this game down as an upset and we know that there will probably be upsets in this round but we wanted to make sure that it wasn’t us.

“All in all, I felt it was a thoroughly professional performance. Liam Kelly didn’t have much to do and that is how we wanted the game to go.”

Hammell was pleased to see Mandron, who made his debut as a substitute against Ross County last weekend, notch a double on his first start for the club.

“He has shown up well in training this week,” said the manager. “It wasn’t a case of (top scorer) Kevin van Veen being dropped, it was healthy competition for him.

“We have been heavily reliant on Kevin this season and towards the end (after Van Veen came on as a substitute) I thought the two of them combined well, and that is something we will look forward to.

“His first goal was a brilliant goal in these conditions as we passed the ball all the way into the net. It was a good debut for Mikael.”

Arbroath assistant Ian Campbell – who faced the media because his brother and manager Dick Campbell was serving a touchline ban – felt the cinch Championship side were unfortunate to lose by two goals.

“We played against a good quality side and although we didn’t create gilt-edged chances, we can’t fault the players’ effort and commitment,” he said. “That was absolutely magnificent.

“We could have got the ball into the box more and put them under a lot more pressure, but we have to take heart from the performance. It was never a 2-0 game.”

Arbroath were forced to make an early change when influential defender Ricky Little vomited on the pitch.

“Ricky took ill and he was violently sick on the park so had to come off,” he explained. “But I don’t think that’s an excuse (for the defeat).

“Scott Bitsindou moved back to defence and coped well.”