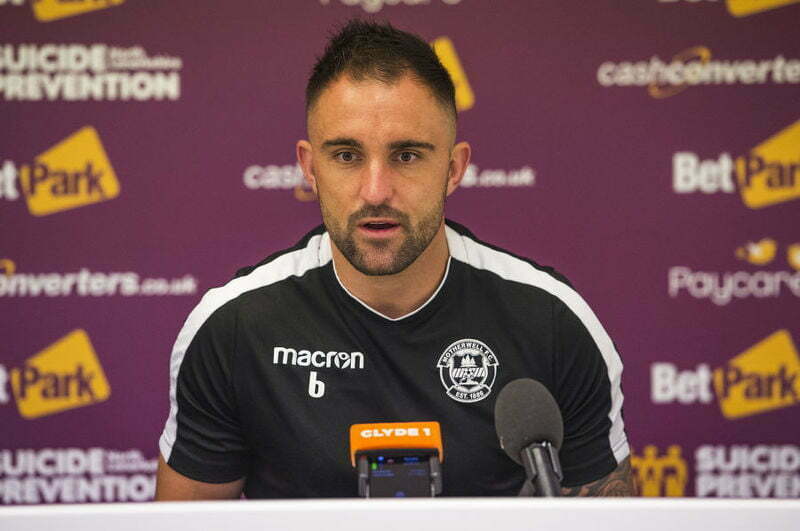 The Fir Park captain, speaking ahead of Sunday’s league clash with Rangers, earlier said: “I think Bowie broke a boy’s nose didn’t he, so that was fun to watch, the way he was weeping.”

But the Well defender has now told of his regret over the outburst after it was reported the SFA compliance officer will review his comments.

He said: “I apologise for the comments I made in the media today. What I said falls below the standards expected of the captain of Motherwell Football Club.

“I do not condone violent behaviour or wish to trivialise and injury suffered by a fellow professional. I got caught up in the excitement of preparing for a big game and said something I regret.

“We will be competitive on Sunday but we will always try and play within the rules.”

Motherwell have lost their first two games of the SPFL season after a 3-0 defeat to Hibernian on the opening day.

That result was followed by a 1-0 loss to Lanarkshire rivals Hamilton Accies.