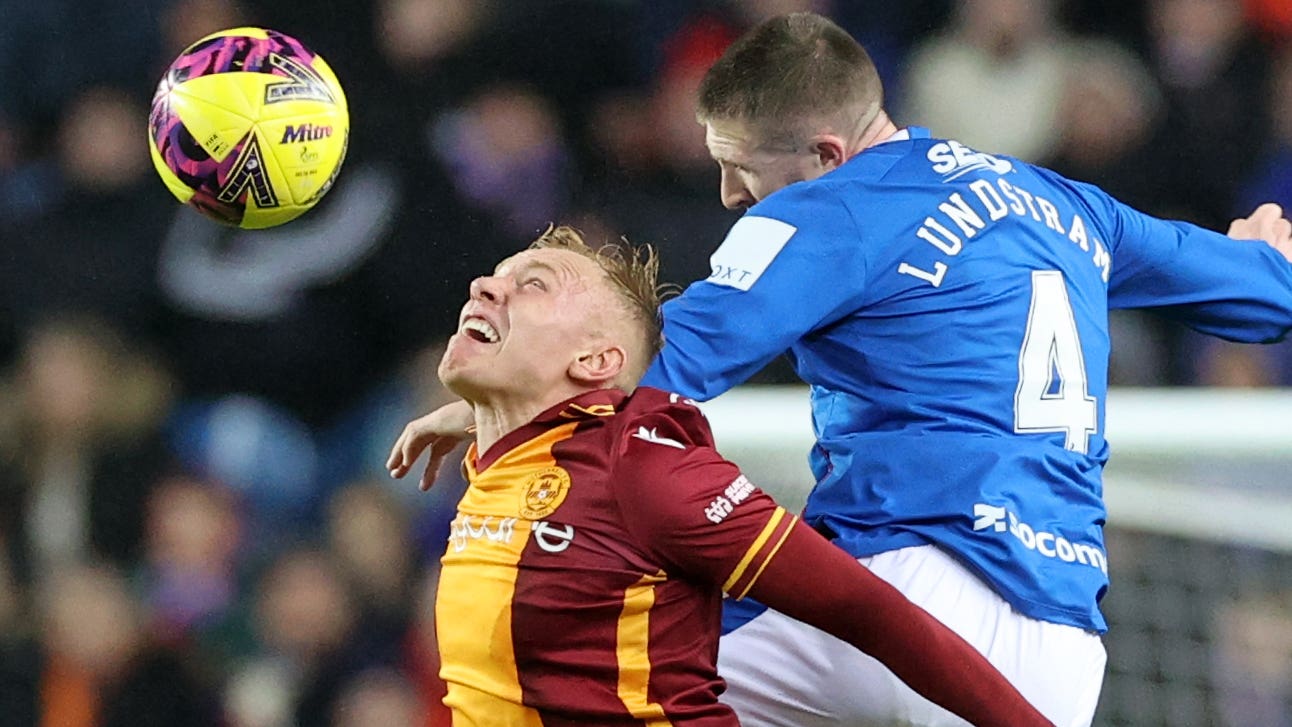 Dean Cornelius insists Motherwell have to consign their recent poor form to history and start the New Year in positive mode.

The Fir Park side’s 3-0 defeat by Rangers at Ibrox on Wednesday night left Well with one win in 10 in all competitions and three points from bottom of the cinch Premiership as they prepare for the trip to Livingston on January 2.

Boss Steven Hammell is dealing with injury and illness in his squad and two 16-year-olds, Lennon Miller and Luca Ross, came on as second-half substitutes in Govan to make their league debuts.

However, amid a tough period, 21-year-old midfielder Cornelius is looking forward rather than back.

“The mood in the camp is not negative,” he said. “Obviously results recently have not been anywhere near good enough and we know that.

“But they are in the past, there is nothing you can do about it and as a team we need to focus on the next game ahead and staying positive.

“You can see the squad is not full at the moment. Obviously (there are) a few illnesses etc going about but that is not an excuse.

“Football is a team game. We should have a squad strong enough to go anywhere regardless of injuries etc and still compete.

“We thought we could do that last night but when you come up against a good team like Rangers, you probably need to be at your best and we weren’t.

“It was difficult, as you can tell by the end of the game, I was lying down cramping up so I think a lot of the boys are feeling sore. The amount of effort we put into the game and to come away with nothing from it is frustrating.”

Striker Connor Shields had a chance early on when he ran clear on goal but was thwarted by Rangers goalkeeper Allan McGregor and back-tracking defender Ben Davies before Cornelius had an effort from inside the box blocked.

He said: “When you go to Ibrox you are not going to get many chances. My touch let me down. It is not good enough, it is frustrating. Hopefully I can rectify it later on in the season.

“You play against Rangers, I will emphasise it again, you are not going to get many chances.

“You look at the stats. We put in a lot of crosses, corners etc and if you want to beat a team like Rangers or get anything out of the game, you know you need to take these chances. You won’t get many of them so it is frustrating.”