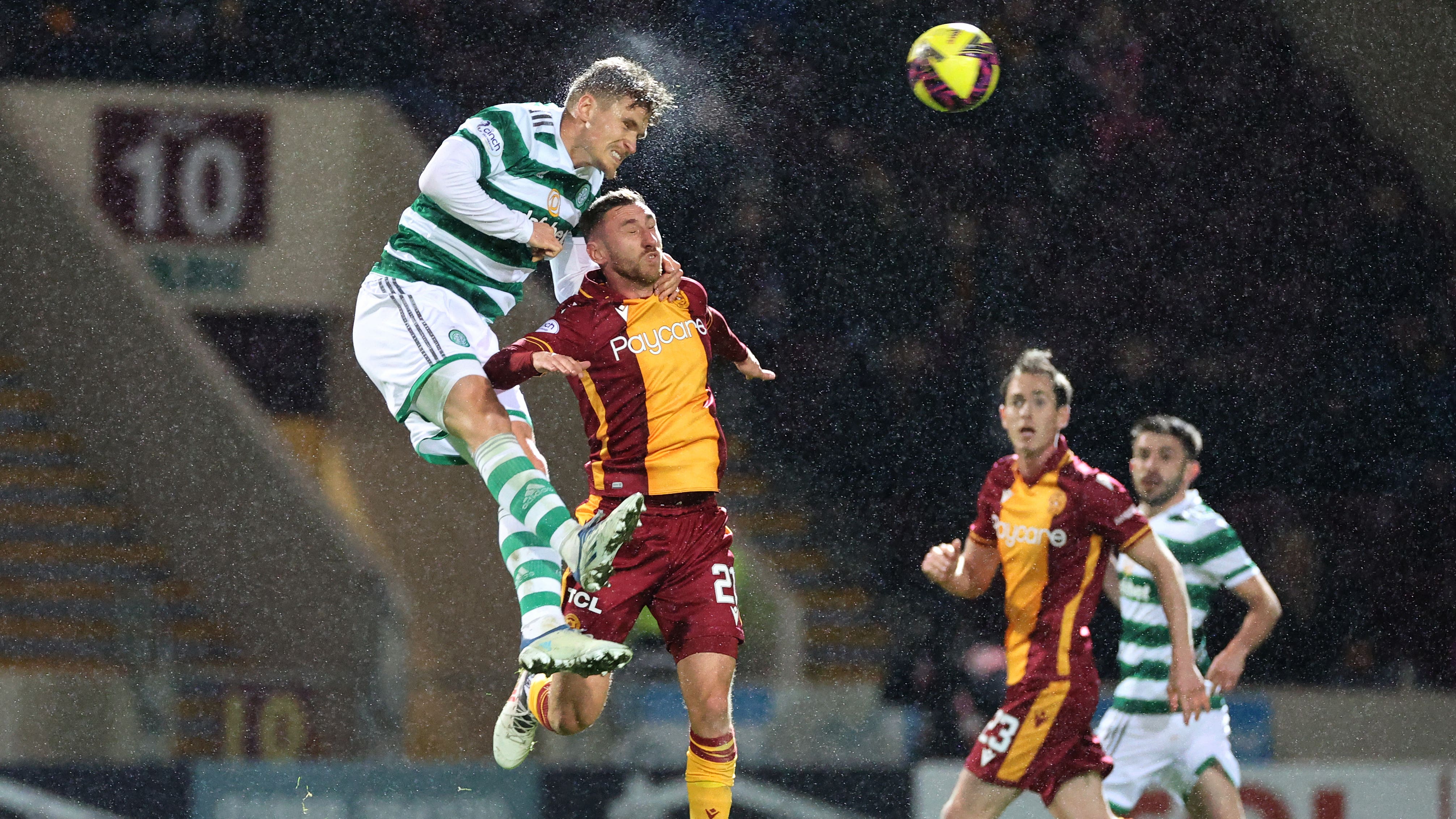 Motherwell are waiting to hear back from Burton Albion about loan player Louis Moult after an ankle injury flared up again.

Moult made his first start of the season in a 1-1 draw with St Johnstone on November 12 following a recent procedure on his ankle but it became apparent that the problem remained.

Well boss Steven Hammell, whose side’s cinch Premiership return against St Mirren on Saturday has been postponed, said: “Louis is unfortunately not with us just now. He has a niggling problem that we got a small procedure with, which he got a decent reaction to and managed to get some game time in before the break.

“Right now he is back down at Burton waiting on a consultation there and finding out what the verdict is.

“Once we hear back from them, we will make a decision on it in terms of where he is at and and when he can get back in to us. It’s been frustrating and disappointing the way it has been stop-start.

“He is not our player, he is on loan here, and we need to wait to hear back about the extent of the damage.

“We knew after the St Johnstone game it would be unlikely he would be available for this game.”

Moult is on loan until the end of the season but Motherwell recently terminated a similar deal with Huddersfield for Rolando Aarons after the Jamaica winger suffered a hamstring injury early in his second spell at Fir Park.

The fitness of Moult could have a major bearing on Hammell’s plans for the January transfer window with little back-up for centre-forward Kevin van Veen otherwise.

“We need to strengthen, there is no secret of that,” Hammell said. “We have been short in certain areas so it’s something we are constantly looking at.

“Even during the break there were no days off, there was no time to sit back, it was about progression and recruitment is a big part of that. It’s a constant process and it’s forever changing every day but we will be ready to act.”

Hammell was speaking after frozen pipes and flooding inside Fir Park meant Saturday’s game was called off on Friday lunchtime.

“It’s massively frustrating,” he said. “We have been preparing for many weeks for this game. We had a good training camp down at St George’s and we were really, really prepared but safety comes first.”