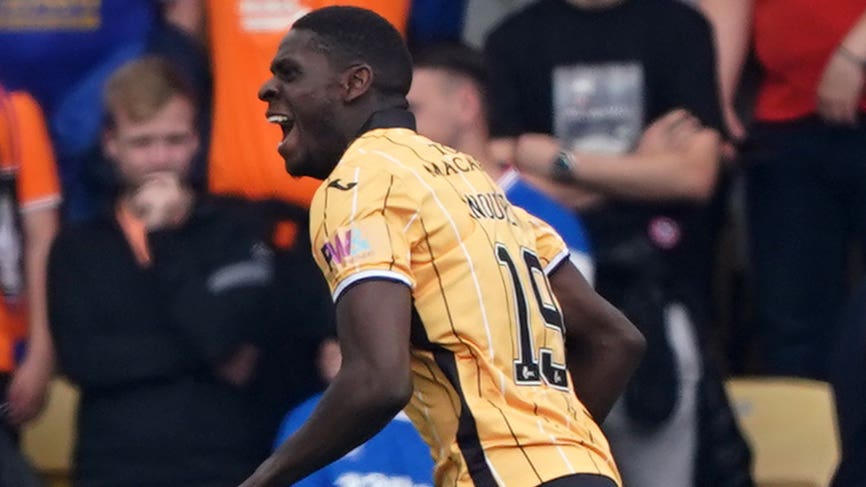 By By Anthony Brown PASeptember 9, 2022No Comments

Livingston attacker Joel Nouble admits he is loving being in the limelight after a strong start to the season.

The 26-year-old spent the majority of his career in England’s non-league ranks before Lions boss David Martindale signed him last summer.

Nouble was initially loaned out to Championship side Arbroath, where he excelled, and then got his first taste of Scotland’s top flight after returning to Livingston in January.

The imposing Englishman has been the subject of widespread praise following a start to the current campaign in which he has scored his first two goals for the club and marked himself out as Livi’s main danger man.

“It’s been very good this season,” he said. “Last year, when I came back, I didn’t actually score for Livingston so going into this season I was like ‘I need to add the goals’.

“I felt like I was playing well last year but adding the numbers is obviously going to help you. When you get a lot of nice things said about you, it’s good, so my confidence is very high at the moment.

“When I scored against Rangers (in the opening league game of this season) and had a good game, the buzz after that was intense and I was like ‘oh, wow’. Scoring against one of the two big teams is massive.”

Manager Martindale recently said his plan was to develop Nouble into a £1million striker.

“It was very nice to hear the manager say that about me,” the striker smiled. “With the journey I’ve been on, hearing £1million against your name is a bit weird.

“We had just finished training and I saw it on my phone. He didn’t even tell me he’d said it. To be fair, I wasn’t even thinking about leaving anyway. It’s nice when you’re doing well and getting praise from your manager.”

Nouble insists he is totally settled at Livingston.

“I’m happy here,” he said. “I was given the chance to come up here on trial and got signed, and this is the highest level I’ve played at.

“I wanted to improve my game and I feel like that’s been the case since I’ve been here. Going on loan to Arbroath helped me a lot and then I came back here and played games here and got used to the league.

“I feel like I’ve adjusted and this year I’ve kicked on from last year so I’m enjoying it.

“Physically I feel the best I’ve felt since I’ve been here. I feel stronger and fitter and I feel like what I bring to the game in terms of my ability makes me not easy to defend against for most defenders.

“I just need to be consistent and hopefully continue this form.”