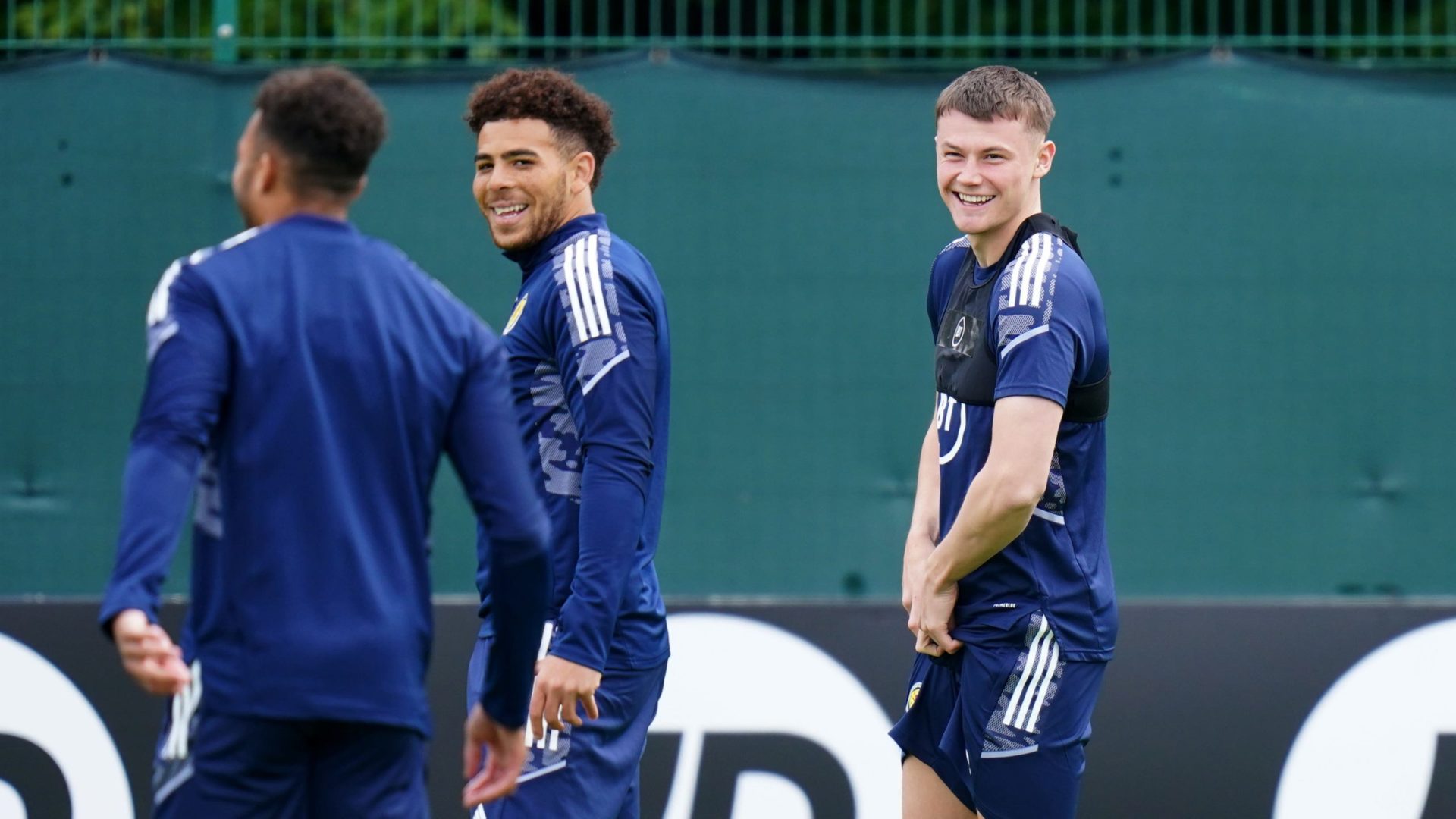 Nathan Patterson confident he will come back fitter and stronger

By By Anthony Brown PAJune 6, 2022No Comments

Scotland wing-back Nathan Patterson is confident he will be fitter and stronger than ever after his recent injury lay-off.

The 20-year-old was frustrated when he suffered an ankle injury in early April that required surgery and kept him sidelined for almost two months.

However, as he prepares to return to action in Scotland’s Nations League opener at home to Armenia on Wednesday, the Everton player explained that he put his time out of action to good use as he set about working on weaknesses in his game and bulking up physically.

“I’ve used it to get myself a bit bigger and stronger,” said Patterson.
“I’ve been working with the sports scientists and the physios at Everton closely and making sure I’m ready when I come back on the pitch to be stronger.

“We’ve also worked to improve on things on the pitch that I’ve been a bit weaker on. I’ve worked really hard. For five or six weeks, I’ve just been battering the gym trying to progress myself, and doing things that will hopefully benefit me later in my career as well.”

Following last week’s World Cup play-off heartache against Ukraine, Scotland must rouse themselves for their Nations League matches against Armenia (home), Ireland (away) and Armenia (away).

Patterson will not be short of motivation for these end-of-season fixtures, however, as he bids to get some eagerly-awaited game time in the tank to keep himself ticking over before he returns to Everton next month for pre-season.

“It’s always important to play for your country,” he said. “For me as well it’s to try and gain some fitness for myself, going into pre-season. I picked up an injury at a rubbish time but that happens in football.  I’m looking forward to the rest of the season and next season as well. You always want to impress any time you step on the pitch for the national team and Everton.”

Due to a lack of match sharpness, Patterson was a frustrated onlooker as Scotland lost to Ukraine last week. He expects a positive response this week.

“Not to be able to help the team on Wednesday was frustrating,” he said. “We underperformed as a team. Ukraine were the better side and they came out with the win but we’ll hope to bounce back on Wednesday.

“The first few days after the game, it was tough. The place was quite dull and depressed but now we’ve got to grips with it and we’re training well so we’ll hopefully use it as motivation for Wednesday.”