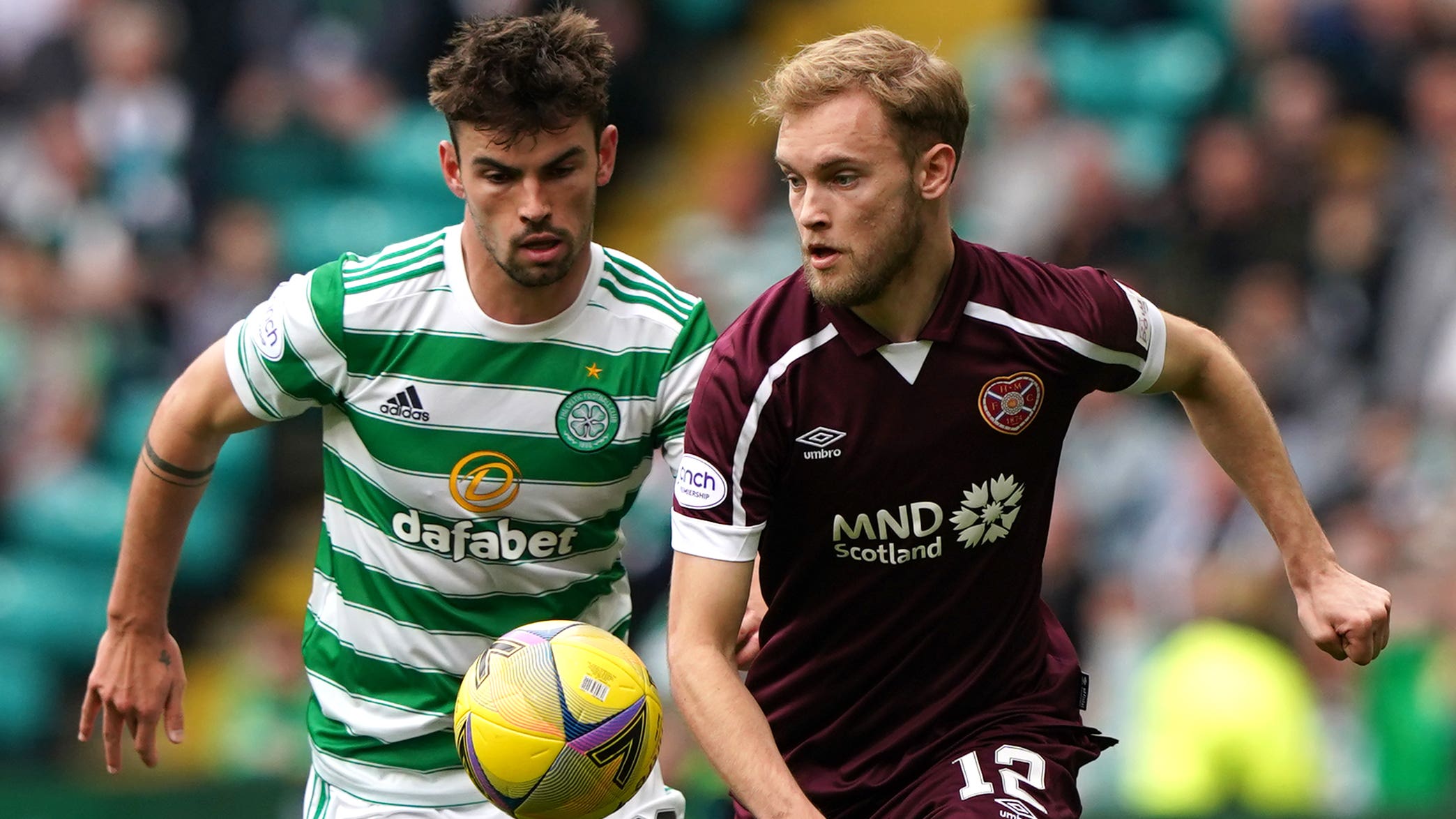 By By Anthony Brown PAOctober 9, 2022No Comments

Nathaniel Atkinson scored a stunning stoppage-time equaliser as Hearts fought back from two goals down to draw 2-2 with Kilmarnock at a rain-lashed Rugby Park.

The Tynecastle side looked in trouble after their former striker Kyle Lafferty capitalised on a rare slip from Scotland goalkeeper Craig Gordon to add to Chris Stokes’ opener for the hosts.

But Stephen Humphrys pulled one back before Australian right-back Atkinson volleyed home to secure a cinch Premiership point for the visitors with virtually the last kick of the game.

Hearts made four changes to the side that lost 3-0 at home to Fiorentina on Thursday as Atkinson, Humphrys, Alan Forrest and Robert Snodgrass started in place of Michael Smith, Josh Ginnelly, Lewis Neilson and Jorge Grant.

The visitors should have gone ahead in the second minute when Lawrence Shankland ran on to Forrest’s through-ball and squared it across the six-yard box for Barrie McKay, who blazed over an open goal.

Killie’s first chance came in the seventh minute when Danny Armstrong headed just wide after connecting with Jordan Jones’ cross from the left.

The Tynecastle side threatened with a couple of close-range headers from Shankland and Humphrys midway through the first half.

At the other end, Blair Alston was denied by Gordon after driving into the danger area following some loose play by Orestis Kiomourtzoglou and Snodgrass in the Hearts midfield.

Killie went close again in the 29th minute when Jones’ cutback set up Alan Power in a central position inside the box, but his goalbound shot was blocked by Alex Cochrane.

Jones then curled a powerful strike agonisingly wide from 25 yards out as the home side finished the first half in the ascendancy.

The Ayrshire outfit made the perfect start to the second half when Stokes bundled the ball over the line in the 47th minute after Hearts were unable to deal with an Armstrong corner.

And they doubled their lead in the 59th minute when goalkeeper Gordon made an uncharacteristic error as he slipped while trying to deal with an Andy Halliday backpass, allowing ex-Jambo Lafferty to prod the ball into the net from close range.

But Hearts got themselves back in the game within two minutes as Humphrys ran on to a lovely ball over the top from Snodgrass and rounded goalkeeper Zach Hemming before slotting home from a tight angle.

The goal gave the visitors a lift and they started to crank up the pressure, with Shankland twice going close within the space of a few minutes.

Just as Hearts looked set for a sixth defeat in eight games, however, Atkinson pounced on the edge of the box to fire home a brilliant left-footed volley.