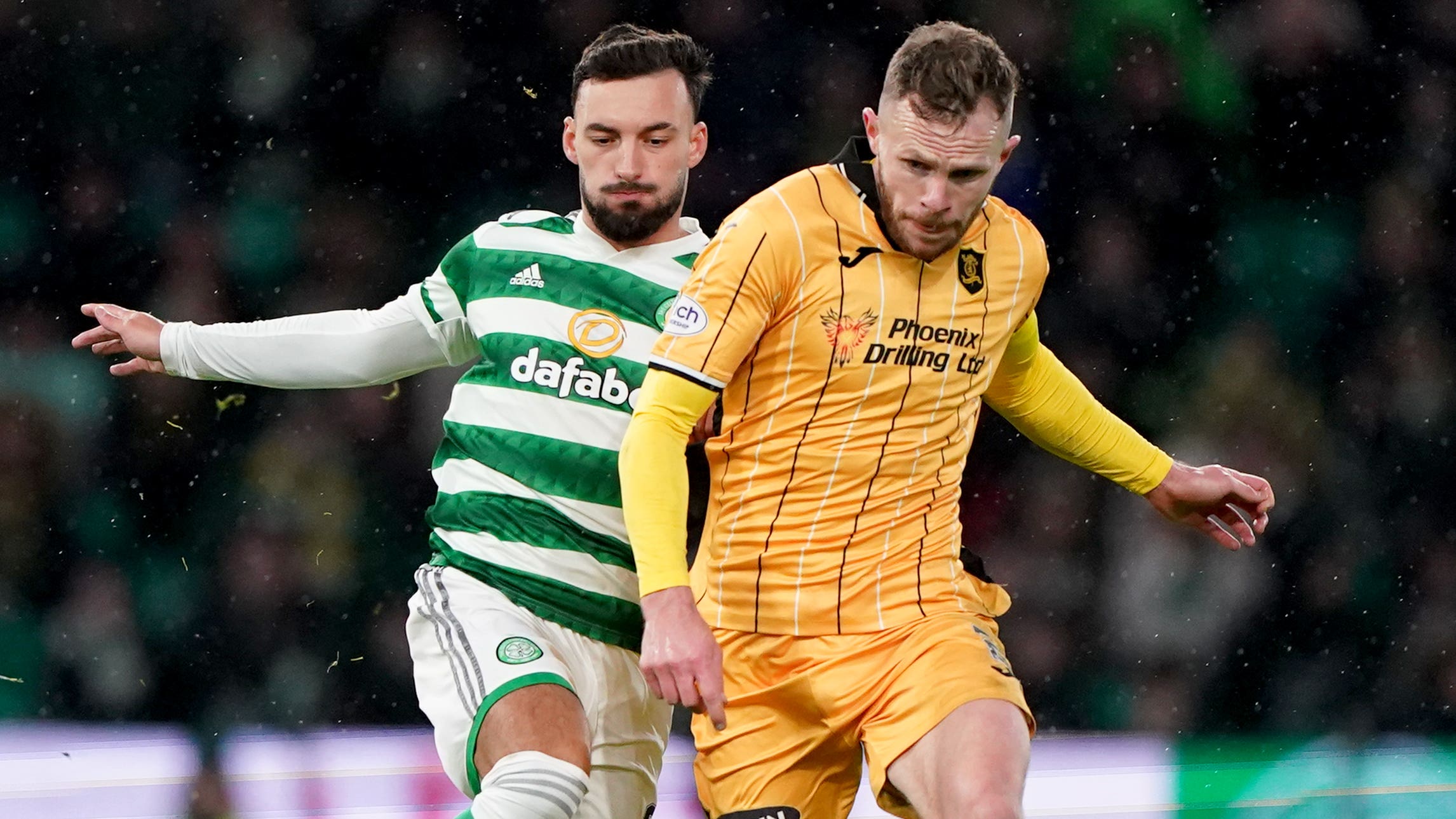 The Lions lost 2-1 to cinch Premiership leaders Celtic at Parkhead on Wednesday night, where match statistics – from possession, to corners, to shots on goal – were almost inevitably heavily in the Hoops’ favour.

Devlin, who scored the visitors’ goal, now looks forward to Saturday and travelling to Hibs, who have lost seven of their last eight games, with a 3-2 defeat against Rangers at Ibrox in their last outing, and believes Livi will be involved in a fixture unlike the daunting trip to the east end of Glasgow.

The full-back said: “It is almost like a mental fatigue you get playing Celtic.

“They are relentless. It seems like the ball is always in play, it never seems to be out very often.

“When you come off you are mentally tired because of the concentration you need to have. Celtic are waiting for someone to switch off and then you are in big trouble.

“So, physically it takes it out of your legs but I think it is more of a mental fatigue.

“I don’t mean you don’t have to work as hard (against Hibs) but it is not going to be as intense.

“And for us, we only have a two-day turnaround which is quite quick so hopefully it won’t impact us too much.

“So we are looking forward to the game on Saturday. It will be a different challenge but one where we think we can go and win the game.

“When you compare Celtic to anyone, you think you will have more of the ball. But we still know how difficult it is.

“They haven’t been in great form but they were good against Rangers at times and caused problems going forward.

“So they will have that threat and for us, it is about dealing with that threat and having more of an attacking approach compared to the Celtic game and when we get the ball, can we cause problems for Hibs?”