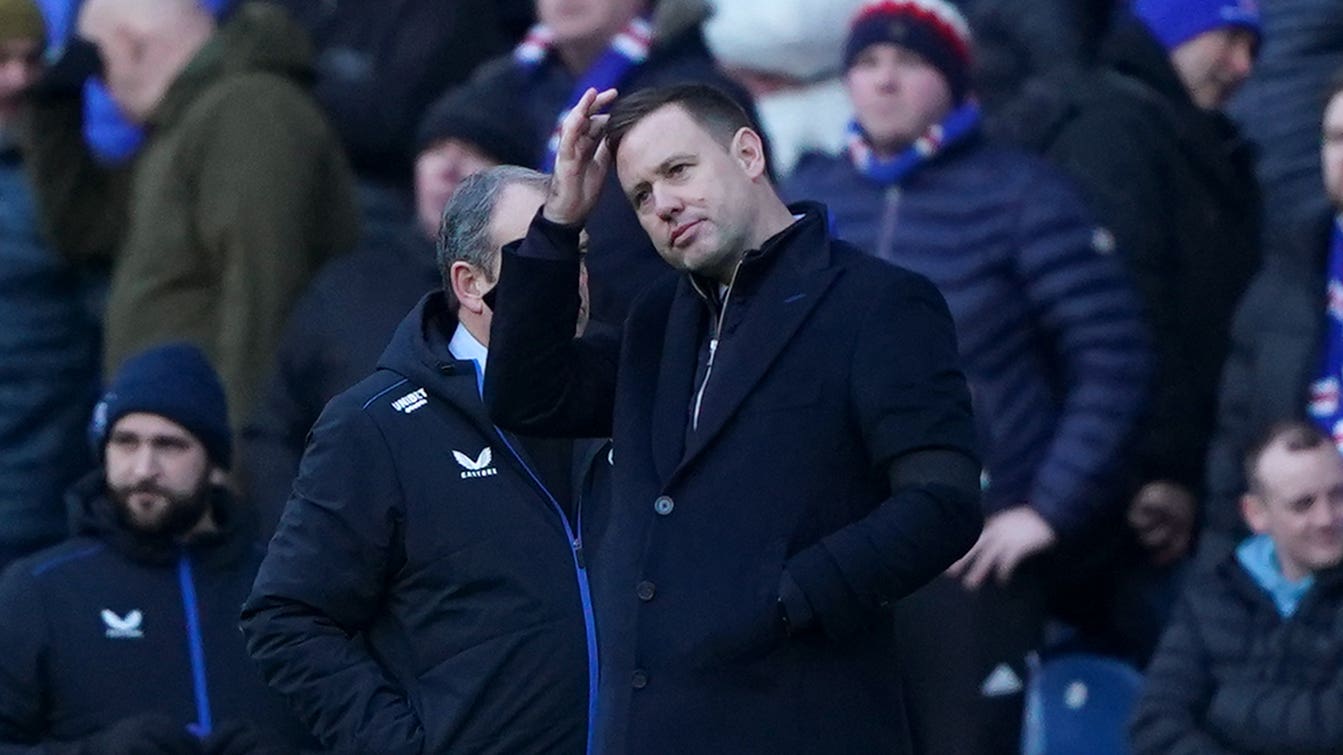 The fall-out from the 2-2 draw at Ibrox which kept Celtic nine points clear of the Light Blues at the top of the cinch Premiership has continued all week.

Hoops boss Ange Postecoglou and defender Alistair Johnston have subsequently claimed the Parkhead club should have been awarded a spot-kick when Carl Starfelt’s shot struck the hands of Gers defender Connor Goldson inside the box.

Referee John Beaton did not award the penalty and a check by Willie Collum – who was manning VAR – resulted in play continuing.

Beale, ahead of the league game against Dundee United at Tannadice on Sunday, was asked at the pre-match media conference to comment on the furore.

“At the time, I don’t see it until after the game so I wasn’t sure at the time whether it was or wasn’t.

“I’ve seen one player for them appeal for it, not everybody and then you read the law and the law says one thing and it’s how that law is then perceived.

“The officials on the day perceived it a certain way. I thought, actually, John and the officials had a good game.

“For an Old Firm game, I thought they managed the game really well. He didn’t bang cards out early.

“I thought it was a cracking game, two teams went head-to-head for the full 90 minutes and I thought John and the other officials managed the game very well. I actually thought that when the game ended.

“There’s always some things you think that go for you or against you but when you read the rule, it seems like they got it to the letter.

“I don’t think anyone’s saying in this room now, or any manager, knows the laws as good as the officials.

“Some of the laws seem to change and we’re told about them but it’s not our day-in, day-out job to know it.

“With the handballs, I suppose the whole of world football is a little bit unsure at times but when you see what’s actually written then I think they got the decision right.”