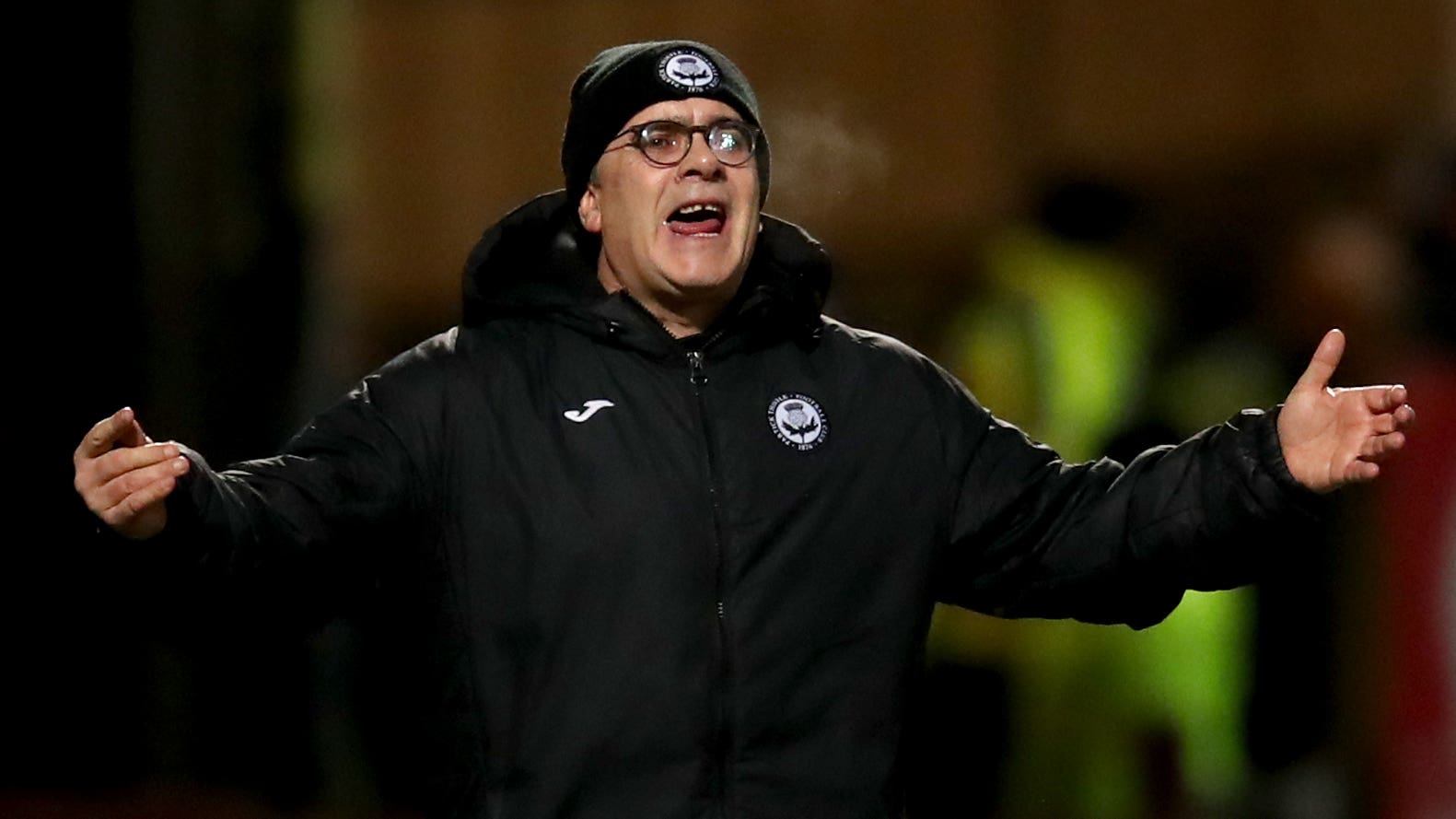 Partick Thistle manager Ian McCall believes form will go out of the window during the play-offs as he admitted it would be “impossible” to replicate their early-season performances in Tuesday’s Firhill clash with Inverness.

Thistle’s cinch Championship title push was hampered by a poor home pitch, a backlog of fixtures and a run of injuries and they only clinched fourth place following Friday’s defeat by Ayr.

The Jags only won four of their final 16 league matches but that record is irrelevant to McCall ahead of the first leg of their Premiership play-off quarter-final in Maryhill.

“We can’t play like we did earlier in the season – it’s impossible,” said McCall, who will be back in the dugout after sitting out the trip to former club Ayr on health grounds.

“We can’t do it and no other team has done it here either. I watched the game here on Saturday with Falkirk and Queen’s Park and it was exactly the same.

“I think about 30 games have been played here in the second half of the season and they have almost all finished 0-0, 1-0 or 1-1. So that’s impossible. So we’ve had to change the way we play.

“So I’m delighted, absolutely delighted, that we managed to get fourth.

“I’m not happy with the second half of the season but there are reasons for that that I can’t control. The players are really motivated to do well and hopefully they will do well.”

Thistle will have key attackers Scott Tiffoney and Brian Graham back from injury but Kyle Turner and Kyle McAllister are likely to miss out.

McCall, whose Ayr team lost to Inverness at this stage three years ago, added: “It is cup football now but it is heavily weighted to the team who finishes 11th in the Premiership.

“I have no issue with Arbroath having two or four games as they deserve that but the third or fourth team having to play six games to get through is too much. I don’t think any team has ever done it so it is a bit bonkers but you have to get on with it.

“It’s almost a cup tie and I think form almost goes out the window.

“It’s important you don’t make any mistakes and get a wee bit of luck. It is important to keep players fit and get them on the pitch and you do find that you can gather momentum in the play-offs.”

Meanwhile, McCall defended Richard Foster after footage emerged of the full-back being restrained by team-mates as he confronted a fan at Somerset Park.

“He should not have done what he did but he is a very easy target,” McCall said.

“He has done a lot of work in the media and his other half (singer Amy Macdonald) is high profile.

“But our supporters need to remember that he is 36 and he has been terrific for us.”