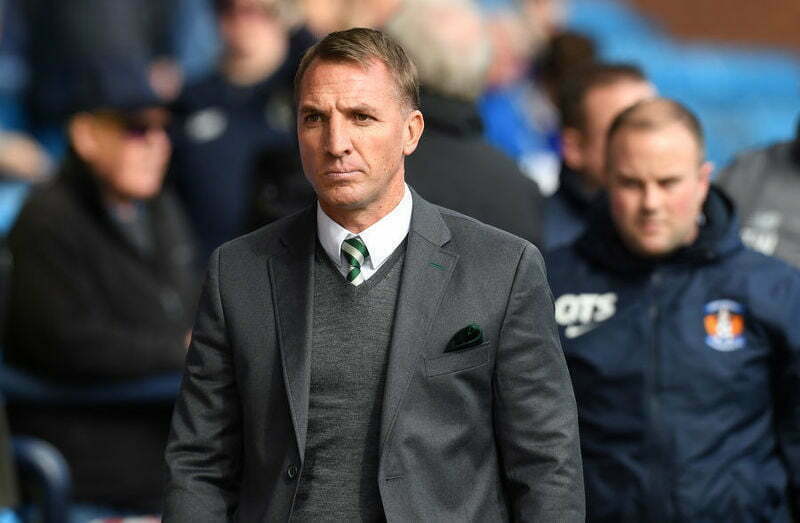 By Peter MartinSeptember 24, 2018November 22nd, 2022No Comments
The buck stops with Brendan Rodgers, it’s not the board’s fault Celtic lost to Kilmarnock.
The Manager picks the team from the biggest squad with the biggest wage bill in Scotland.
The Scottish champions should not have lost to Killie when you consider their resources and the talent available to Rodgers.
This Celtic team is starting to play like Liverpool in Rodgers’ final season, no cutting edge and a complete lack of the killer instinct when you have an advantage.
If the Celtic players would stop poncing about thinking they’re better than they are and the manager discarded the tactic of let’s play 55 passes and still be at the half-way line, this side might actually win a game!
There is no point in bleating on about the players you demanded in the summer and didn’t get Brendan, that argument stood up when Celtic were trying to engineer their way past AEK Athens to make the Champions League group stage, not Kilmarnock!
Since being knocked out by the mediocre Greeks, I have watched Brendan cleverly criticise the board, then his players and after a few nice steps backwards, tell the fans they should be alarmed by what they are watching.
Yes Brendan, they are alarmed, because they don’t know what you or your team are doing.
The back line is poor, not exactly earth shattering news, Boyata remains a better player in his head than he is on the park. Jack Hendry is struggling to convince me he has a long term future, Lustig is done and Tierney along with Scott Brown remains the only two players to get pass marks in some dire performances.
As for the captain, if he goes any further back towards his defence he might replace Craig Gordon in goal. He should be up the park driving the side on and badgering the tippy-tappy midfielders to make a forward pass or forgive me, shooting from the edge of the box.
You remember goals from outside the box, surely? You know, like the one John McGinn scored for Aston Villa!
The game against Rosenborg in the Europa league was equally painful to watch, even Odsonne Edouard must have been in pain watching the game from where he was standing for 76 minutes.
Players going past a man or making an incisive forward pass must be consigned to old footage of the Lisbon Lions or Paul McStay’s tribute video, because this current crop look as if someone has slowed the frames down on the SKY control for the telly.
In my mind, the manager is sulking and the players are definitely not happy to hear him come out with quotes that they are weaker this season. What kind of motivation is that for a squad that has delivered back to back trebles?
Brendan needs to get his positive head on and buckle down for a hard winter with what he’s got. If he wants to head back down south because he is not happy with Peter Lawwell and the board, he will be in a better place having delivered another title for the fans than this current situation where some members of the media are suggesting someone other than Celtic can win the league.
I’ve watched Hearts, Rangers, Aberdeen and Hibs this season, all of them are within a point either way of Celtic. None of them have convinced me, yet, that they are serious title contenders.
The banner flying from the stand at Celtic park a few weeks ago stated, ‘Only Celtic plc can stop us doing ten in a row’ it was a timely reminder to the board about their prudent banking of millions of pounds without strengthening the team for the challenges ahead.
Maybe they should add Brendan and his massive squad to that banner, because at this rate and the way they are playing, ten in a row is a long way off.