PETER MARTIN: Celtic fans will remember everyone who blew the ten 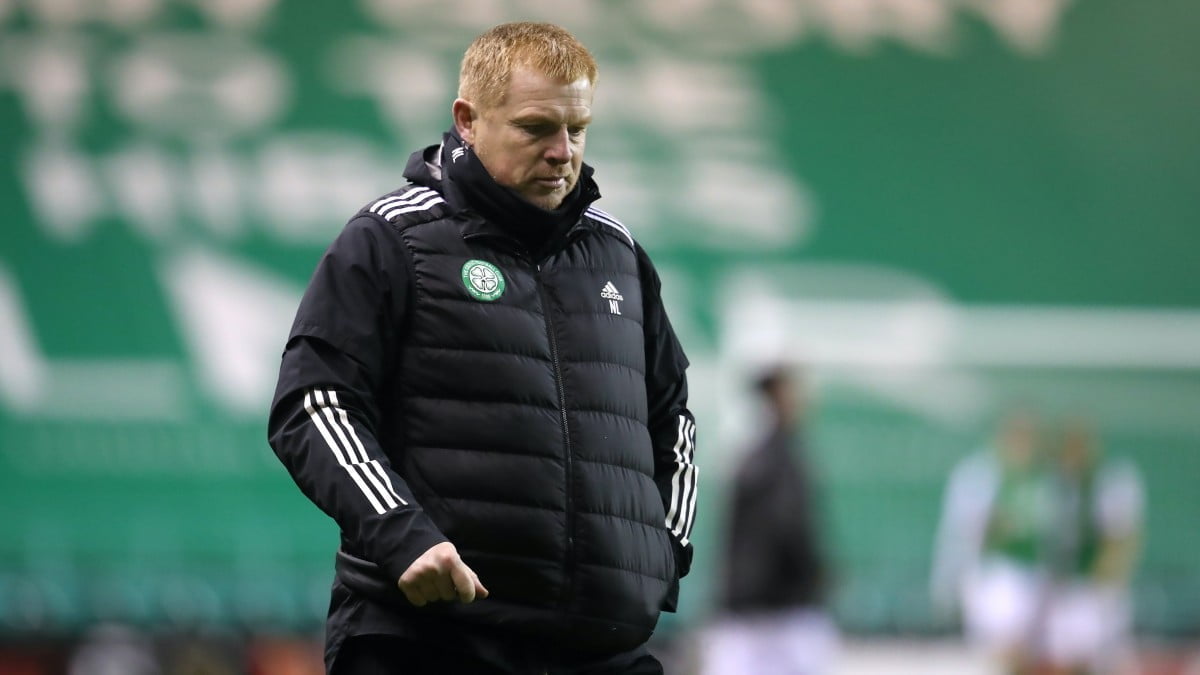 That is the sad truth as Neil Lennon faces up to the fact that the axe is hanging over his head and the players seem happy to throw him under the bus before Christmas.

He could be gone before everyone sees their annual back-slapping, heart-tugging Xmas advert. They might have to hire someone to dub over his voice if the team continue to blunder from one slip up to the next.

The buck stops with the manager, and he knows it. If Celtic fail, it is Neil’s fault, but there are a few guilty of aiding and abetting his demise.

Make no mistake, the fans will remember everyone who ‘blew the ten’ and it is not just the manager’s fault.

The chief executive Peter Lawwell’s legacy will not be nine in a row and regular profits for one of Britain’s best run clubs.

No, he will be remembered as the man who presided over a number of bad decisions that allowed a club who have delivered eight consecutive years of financial losses to go past Celtic and win the league.

Before Brendan Rogers departure the cracks were showing, Moussa Dembele’s fall out and the failure to land John McGinn for a paltry £3.5m would come back to haunt them

Since Brendan Rogers departure, the accusation is they went for the cheap and easy option of Neil to steady the ship and deliver the title, and he did, but despite the covid season delivering what could turn out to be a quadruple treble, across the city Rangers kept faith with Gerrard’s grand plan to stop the ten.

The alarm bells started with the defeat to Cluj which signalled the back line was weak and needed to be addressed.

The wins over Rangers at Ibrox and Lazio papered over the cracks. Everything looked rosy and Rangers still weren’t coming over the horizon. It was Gerrard under pressure.

On the 8th December last year, the biggest signal yet that things could be about to change happened at Hampden park.

Celtic were absolutely battered by Rangers but somehow managed to win the League cup thanks to the heroics of Fraser Forster in goal and Christopher Julien’s winner.

On the 29th December, Rangers continued to be the dominant force in the derby, only this time they won at Celtic park with Gerrard prematurely thinking 2020 was their year to deliver.

From that moment on Celtic, under Neil Lennon, bludgeoned all before them, as Rangers inexplicably collapsed. The league was eventually called due to Covid-19 with Celtic thirteen points clear of their great rivals.

As the new season beckoned, Celtic failed to retain the services of influential keeper Fraser Forster. There was talk of David Marshall.

Suddenly Craig Gordon was allowed to leave and then Boli Bolingoli decided he was above covid lockdown rules.

Goalkeeper, Vasilas Barkas was signed for a hefty fee and looked like a step down from Forster and Gordon’s class.

There was no Leigh Griffiths due to off-field problems, Odsonne Edouard was well off form, there were rumours that Ryan Christie wanted to test himself down south.

Albian Ajeti was signed to bolster the front line, but Celtic were crying out for cover at centre-half as Kris Ajer and Christopher Julien looked dodgy at the back with Greg Taylor and Jeremy Frimpong.

As if that wasn’t enough, Celtic were knocked out of the Champions League by a mediocre Ferencvaros and the manager looked indecisive, as he didn’t know whether he was going to stick with a back four or play three.

Again, after the horse had bolted, the board and the recruitment department decided to act. In came Shane Duffy, to supposedly shore up the shaky defence.

Still the manager tinkered with the back three or four. Taylor was now under pressure at left-back and Edouard looked disinterested coming back from France under 21 duty.

The team were criticised for lacklustre performances from fans unable to attend matches due to the restrictions.

On the 17th October, Diego Laxalt, recently signed on loan from AC Milan, made his debut at left-back in the first old firm derby of the season.

Christopher Julien, was by now side lined and Shane Duffy was being questioned as a dodgy signing. Rangers left Celtic park with all three points thanks to a Conor Goldson double against a defence that couldn’t keep ‘weans oot a close.’ Rangers were now four points clear with Celtic having a game in hand.

Since that derby defeat, the only real highlight for Celtic was the 2-0 win over Aberdeen to book their place in the delayed 2020 Scottish cup final.

All the other matches have been littered with defeats, draws, defensive mistakes and one solitary win over Motherwell in the league.

Since that win on the 17th October, Rangers have been flying. They are unbeaten all season, are 11 points clear in the league having dispatched four past an injury plagued Aberdeen on Sunday.

At Easter road on Saturday, I watched a manager in the Celtic dug out who still hadn’t worked out how to shore up his leaky defence and his striker Albian Ajeti doesn’t look a threat.

In my view, Griffiths and Edouard have let the manager down, the midfield is too slow and some individuals are trying to work their ticket out of the club, you know who you are, and as I said to a tirade of criticism earlier in the season, the defence will get the manager the sack.

There’s no point in blaming captain Scott Brown, his only crime is getting old. He’s earned his stripes and watching his regular substitution is sad and one of the main reasons Celtic should have burst a gut to sign John McGinn as his successor.

I know many die-hard Celtic fans will be saying there is still a long way to go, but can you see another major Rangers collapse and Celtic going on an unbeaten run?

There are many who believe It ain’t over until the fat lady sings.

Well, on the evidence of the weekend results in the Scottish Premiership, the fat lady is clearing her throat and walking up steps towards the microphone and we’re still in November!